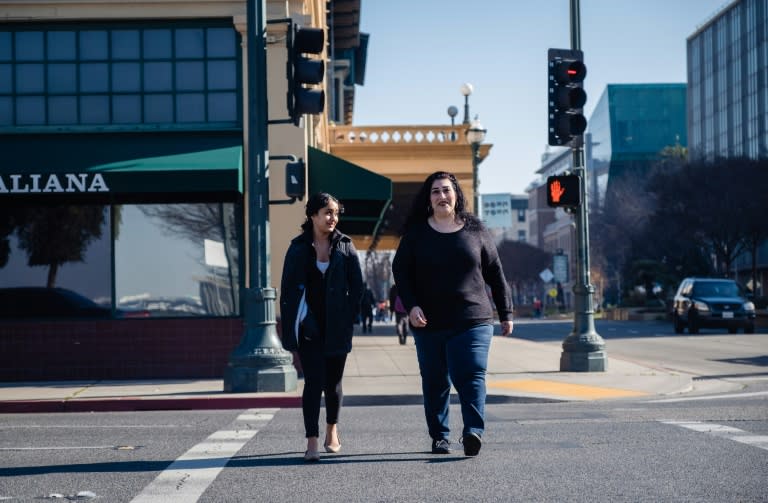 Stockton (United States) (AFP) – The scoffed-at idea of paying everyone a basic income as machines take people’s jobs is getting a fresh look as a possible remedy for economies cratered by the coronavirus pandemic.

Lambasted until recently as too costly or too “socialist,” paying people for simply being alive and trusting they will be productive has new support as jobs vanish.

The massive recovery package being considered in the US Congress to offset the tremendous hit to the economy would move a step closer toward idea of a “universal basic income.”

Aspiring Democratic presidential candidate Andrew Yang argued for it on the campaign trail, even as his opponents and economic pundits shot down the idea as idealistic and impossible to finance.

Now, with the US economy crippled as people hunker down at home, the likes of conservative Republican Senator Mitt Romney are raising the idea.

UBI has been tested in the northern California city of Stockton for about a year, with 125 residents in a community considered economically disadvantaged getting monthly payments of $500 each to see whether it helps alleviate poverty.

Stockton is in a part of the state where agriculture dominates, and the city was so devastated by the 2008 financial crisis that it declared bankruptcy.

Preliminary results indicate people in the UBI experiment spend about 40 percent of the money on food.

Single mom Lorrine Paradela was able to cut back from two jobs to working just one, and manage unexpected expenses such as car trouble.

“It’s a huge help,” Paradela said of the UBI program.

“This money gave me a little peace of mind.”

She recalled getting home after working two jobs with her mind racing, bills to pay, and relentless pressure to earn more money.

“Sometimes, I would shop for food but only for my children, not for me,” Paradela recounted.

The UBI program in Stockton is showing that a small boost in income can make a tremendous difference to people on tight budgets, according to Mayor Michael Tubbs.

“I think, over the long run, we’ll see good in terms of people living longer; living happier, less sick, more productive and more able to do all the things you need for society to thrive,” Tubbs told AFP.

The UBI program in Stockton is backed by an Economic Security Program created by Facebook co-founder Chris Hughes.

Ideas floated by the project include rebuilding the middle-class by providing allowances to augment incomes of people US households earning less than $50,000 annually.

The cost of living in California is so daunting that workers can’t live on pay of $1,000 monthly, contended Steve Smith, a spokesman for a federation of unions.

One in three American workers are at risk of losing their jobs to technology in the coming 12 years, Yang has argued.

“To avoid an unprecedented crisis, we’re going to have to find a new solution, unlike anything we’ve done before,” Yang reasoned while campaigning.

His remedy started with a “no strings attached” UBI for all American adults.

In a recent National Public Radio interview, Yang said the economic impact of the coronavirus pandemic has caused many politicians and analysts to reconsider their opposition to UBI.

“It has completely muddled and transcended party lines where Republicans have enthusiastically come out for cash directly to Americans,” Yang said of UBI.

“Which is the obvious and, frankly, only move that we can make that could keep our economy from collapsing into a new Great Depression.”

However, checks sent out as part of the emergency aid plan would involve a temporary measure, while actual UBI would be ongoing and costly to the government.

Public money would need to be spent more wisely, with a retreat from the trend of tax gifts to the wealthy, UBI supporters maintain.

“I haven’t always been a fan of universal income,” said Edward Alden, a senior fellow at the Council on Foreign Relations.

“But, its irresistible virtue is its simplicity. It gets money to individuals in need, and out into the wider economy, more quickly than any other alternative.”