The tiny world was first spotted in 2015, and got its name because it was identified around the time of Halloween.

However, it was only revealed on Tuesday after more observations using ground telescopes.

The planet is only 186 miles across – about the same distance as London to Sheffield – which is small even for a dwarf planet.

Officially the Goblin has the rather less evocative title of 2015 TG387, Scott Sheppard of the Carnegie Institution for Science, one of the team of scientists who made the discovery said.

The more of them we can find, the better we can understand the outer solar system and the possible planet that we think is shaping their orbits

Scott Sheppard of the Carnegie Institution for Science

It is the third such dwarf planet found on the edges of our solar system after Sedna, found in 2003, which has a diameter of about 620 miles, and 2012 VP113, slightly larger than the Goblin, at 310 miles accross.

Experts believe it could offer vital clues about an altogether much larger celestial body lurking even further out.

Mr Sheppard explained all three were “like breadcrumbs leading us to Planet X“.

He added: “The more of them we can find, the better we can understand the outer solar system and the possible planet that we think is shaping their orbits — a discovery that would redefine our knowledge of the solar system’s evolution.” 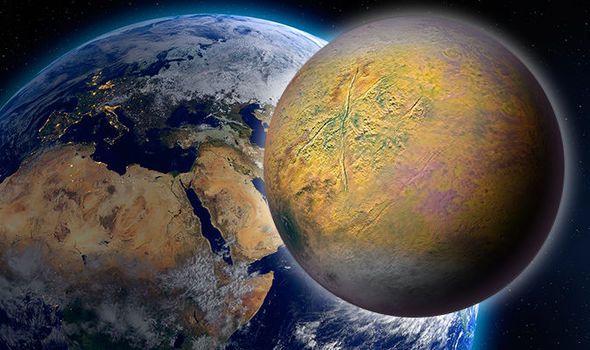 Goblin’s orbit is so elongated it takes a staggering 40,000 years for it to circle the sun.

At its furthest, it is 2,300 times farther from the sun than Earth, equating to 2,300 astronomical units, with one astronomical unit (AU) equivalent to the distance from the Earth to the Sun, which roughly equates to 93 million miles.

At its nearest, the Goblin is 65AU from the Sun, significantly further than Pluto, which ranges between 30 and 50AU.

Mr Sheppard teamed up with Northern Arizona University’s Chad Trujillo and the University of Hawaii’s David Tholen to record the Goblin when it was fairly close to Earth at a mere 80 AU. 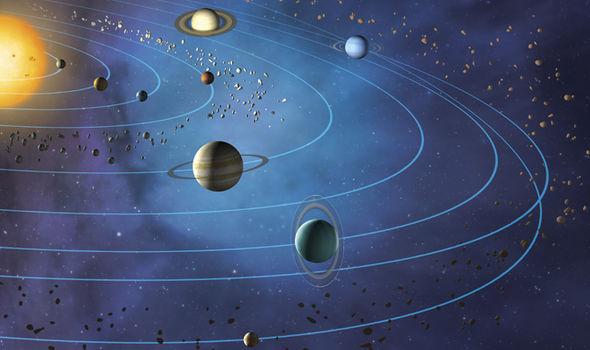 Goblin lies well beyond the orbit of Pluto (Image: GETTY)

All the dwarf planets so far discovered are orbiting in a zone known as the Inner Oort Cloud.

Mr Sheppard said: “These objects are on elongated orbits, and we can only detect them when they are closest to the Sun.

“For some 99 percent of their orbits, they are too distant and thus too faint for us to observe them.

“We are only seeing the tip of the iceberg.” 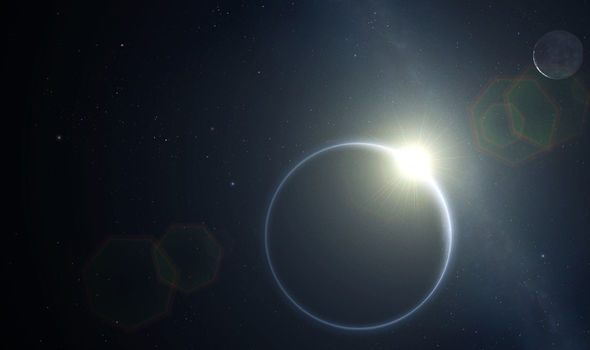 Planet X could explain anomalies in the orbits of trans-Neptunian dwarf planets such as Pluto (Image: GETTY)

There has been speculation about the possibility of a large planet beyond Pluto for well over 100 years.

Amateur astronomer and wealthy Bostonian Percival Lowell spent considerable amounts of money at the end of the 19th century in a quest to prove its existence.

Efforts to find it continue until this day, with astronomers believing its presence could explain a statistical anomaly in the orbits of trans-Neptunian objects such as Pluto and the various dwarf planets.

Pseudoscientists claim Planet X is in fact the mythical planet of Nibiru, which they claim is on a collision course with the Earth.

Conspiracy theorists have accused NASA of deliberately covering up the existence of Nibiru.

Read More:Scientists Find YET ANOTHER Clue That Planet Nine Is Lurking Out There

Read More:NASA Finally Admits Conspiracy Theorists Were Right All Along