One of Earth’s most venerable planet-hunters, NASA’s Kepler spacecraft, has gone quiet. Today, the space agency announced that after nearly a decade of staring at the stars, Kepler is out of fuel. Now, the spacecraft will stay in its Earth-trailing orbit, looping around the sun and never coming closer than a million miles from home.

“NASA’s original planet hunter, the Kepler space telescope, has run out of fuel,” Paul Hertz, NASA’s Astrophysics Division director, announced today during a press conference. “This is not unexpected, and this marks the end of spacecraft operations for Kepler and the end of the collection of science data.”

To say Kepler revolutionized our understanding of the cosmos is no overstatement: The mission showed us that extrasolar planets, or exoplanets, circle nearly every star in the sky, and that roughly one-fifth of those worlds are similar to Earth in size and orbit. In other words, Kepler told us that planets are a common consequence of star formation and not the result of some rare, unlikely event. (In addition to piles of planets, Kepler may have recorded the first known alien moon.) 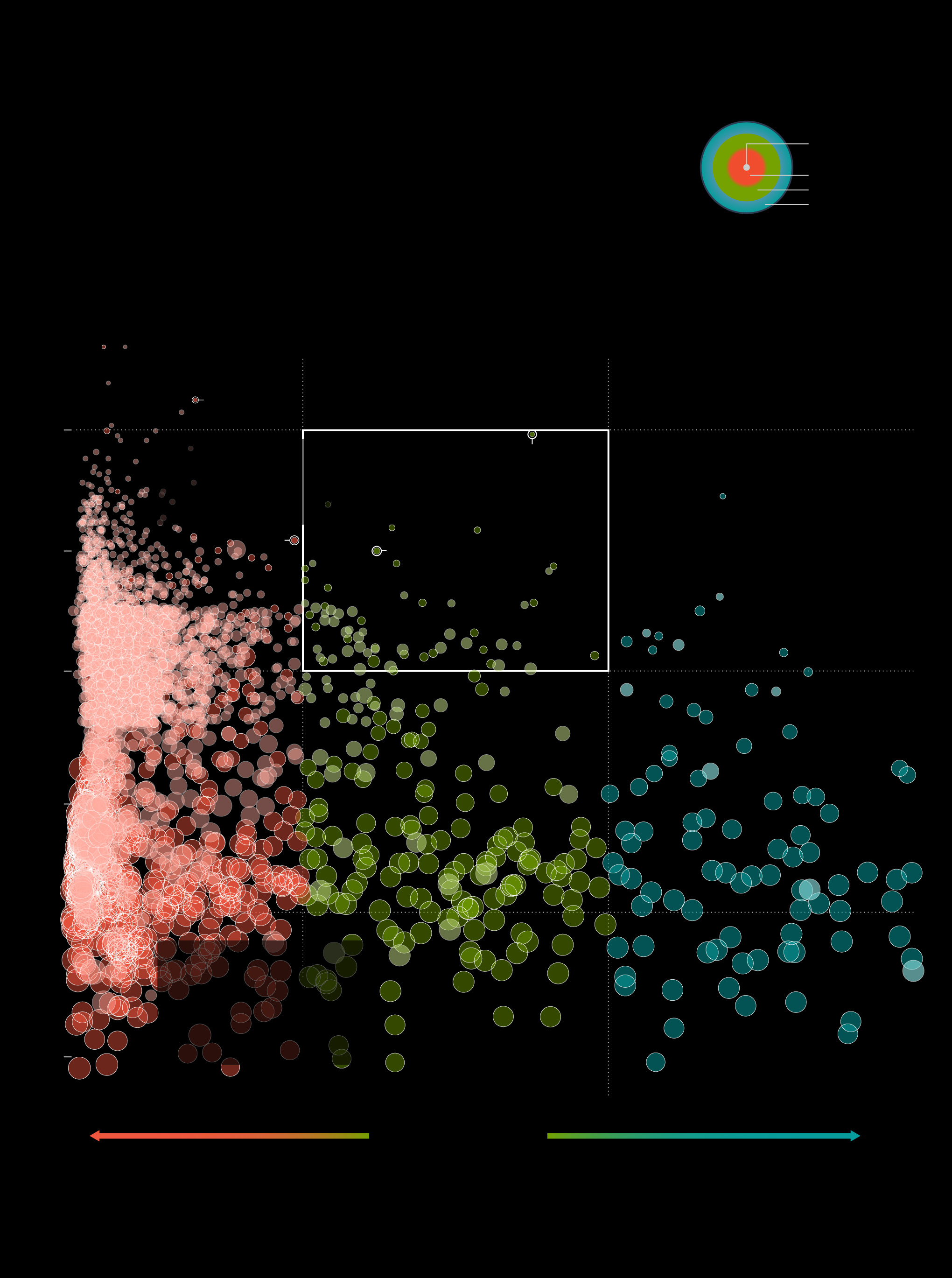 planets beyond our solar system

On October 30, 2018, NASA declared that the Kepler spacecraft has run out of fuel, marking the end

of an era. Of the 3,826 confirmed exoplanets, Kepler discovered more than two-thirds of them,

including many of the 55 known “Goldilocks worlds,” where it’s neither too hot nor too cold for life as

Water present on a planet orbiting here can remain liquid, given the right atmospheric pressure.

On planets orbiting close to their respective suns, surface water evaporates into space.

Here planets orbit far from their suns, so any surface water remains frozen.

NASA detected and confirmed more than 2,650

planets with the Kepler and K2 missions (lighter

color). Most are hot super-Earths or Neptune-

size worlds between one and six Earth radii.

Planets in the box have the right

atmospheric pressure and the right

temperature to keep surface water in

a liquid state. In our solar system, Earth

and Mars are in the box. Mercury and

Venus are outside. The cold gas giants

are literally off the chart.

“Thanks to Kepler’s amazing legacy, we now know that small planets orbiting in the habitable zone of other stars are plentiful,” says Victoria Meadows of the University of Washington, referencing the region around a star where conditions are favorable for life as we know it. “The future of exoplanet science is very bright.”

Now that Earth’s sharpest planet-hunting eye has closed, astronomers will be busy sifting through and understanding piles of data collected by the spacecraft, plotting new missions and designing new instruments. And with the next generation of planet-spying spacecraft, scientists will be focused on characterizing these worlds that hide in our sky.

After all, the most elusive of astronomical quarries is still out there: a planet elsewhere in the galaxy with signs of life.

“We will be mapping out what these exoplanets are made of, from their interiors to the edges of their atmospheres, in an unprecedented level of detail,” says Caltech’s Jessie Christiansen. “Kepler has lifted the veil on the diversity of planets and planetary systems surrounding us—now it’s time to really explore.”

Launched in 2009, Kepler stared at the same swath of northern sky for four years, looking for the short dips in starlight caused by alien worlds marching across their stars’ faces. It shook some 2,300 confirmed planets loose from that starfield, revealing that such bodies are common, that planets rarely live alone, and that the cosmos grows an extraordinary variety of strange and unexpected worlds.

In 2013, though, Kepler lost a crucial bit of machinery that helped it stare, unblinking, at that star-studded patch. Instead of turning off, Kepler began a different set of observations, alternately swiveling to stare at more than half a million stars—as well as planets in our own cosmic backyard—as part of its K2 mission.

But for the last couple years, Kepler has been on borrowed time. Mission managers knew its fuel would run out, and with no way to refill the spacecraft’s gas tank, Kepler fell quiet two weeks ago, as teams scrambled to retrieve the last of the spacecraft’s data.

“We collected every bit of possible science data and returned it all to the ground safely,” says Charlie Sobeck of NASA’s Ames Research Center. “In the end, we didn’t have a drop of fuel left over for anything else.”

While Kepler may no longer beam new data to Earth, its treasure troves are still ripe for mining. More than nine years of data from both the primary Kepler field and secondary K2 observing programs are waiting for scientists to dive in and try and make sense of the first large-scale planetary census ever taken.

One of those scientists is Lauren Weiss, at the University of Hawaii. She’s embarking on a project to examine the planets orbiting a hundred Kepler stars to determine their masses and orbits, the architectures of those systems as a whole, and the ways in which planets end up where they are.

A Hubble Space Telescope image shows unprecedented detail of the Antennae galaxies, an intense star-forming region created when two galaxies began to collide some 200 million to

The Andromeda galaxy, also known as Messier 31, is the largest neighboring galaxy to the Milky Way. This photo, a mosaic of ten images captured by the Galaxy Evolution Explorer

Sheets of debris from an exploded star swirl in the Large Magellanic Cloud (LMC) galaxy in this Hubble Space Telescope image. At a distance of about 180,000 light-years, the LMC

Two merging galaxies located 140 million light-years from Earth resemble a giant celestial mask in this false-color image. The ice-blue eyes are actually the galaxies’ cores, and the mask

An infrared image of the Messier 82 galaxy, nicknamed the “Cigar galaxy,” shows the formation’s central plane in blue and white, with a halo of smoky dust in red. This red cloud

This image of the Whirlpool galaxy shows the classic features of a spiral galaxy: curving outer arms where newborn stars reside and a yellowish central core, home to older stars. A

A color-composite image shows the NGC 300 galaxy, a spiral galaxy like the Milky Way located about seven million light-years from Earth. In this image, young, hot stars are the blue dots that comprise much of the outer arms. Older stars are in the middle and appear yellow-green.

Billows of cosmic dust swirl amid NGC 1316, a giant elliptical galaxy formed billions of years ago when two spiral galaxies merged. Astronomers examined red star clusters within NGC 1316 to determine that the massive galaxy was indeed created by a major celestial collision.

A composite image of the Messier 81 (M81) galaxy shows what astronomers call a “grand design” spiral galaxy, where each of its arms curls all the way down into its center. Located

“It’s the only way to understand if our solar system as a whole is common or rare: fully characterizing the inner parts of planetary systems, and then connecting those planets to outer planets that we have yet to discover,” she says.

And now that we know our solar system is one among billions, scientists says it’s time to actually get to know some of those faraway worlds—not just in a statistical sense, but to figure out what they’re made of and what their histories are.

“Kepler has taught us that Earth-size planets are practically everywhere,” says Courtney Dressing of the University of California, Berkeley. “It’s time to search the habitable zones of nearby stars to find our nearest neighbors.”

NASA’s TESS mission is currently surveying 200,000 nearby stars and looking for the brightest, best planets to characterize. In the future, that characterization work could be done with instruments like the upcoming James Webb Space Telescope or with giant ground-based telescopes currently being designed, such as the European Extremely Large Telescope, the Giant Magellan Telescope, or the embattled Thirty Meter Telescope.

Future missions employing special shades that preferentially block starlight will help Earthlings directly image exoplanets and search them for signs of life, Christiansen says. But for now, there are enough intriguing results to keep astronomers busy.

“We are also using the Hubble and Spitzer space telescopes to investigate exoplanet atmospheres right now, and finding new and interesting results almost every time,” she says.

One of the big motivators for peering deeply into an alien atmosphere is to search for signs of life beyond Earth, including biosignatures that might be written into alien clouds, says Yale University’s Debra Fischer.

Right now, we don’t have instruments capable of easily sniffing out these potential clues. But several missions are being designed that could spot them, such as HabEx or LUVOIR, which are intended to pick apart the light coming from far-off planets and read their chemical composition in a process known as spectroscopy.

Read More:Discovery Of ‘Goblin’ Could Prove The Existance Of Nibiru, And NASA’s Deliberate Attempt To Cover It Up