When a museum paying tribute to China’s economic reforms opened here in December, visitors were welcomed by a panoramic sculpture depicting a local visit by Deng Xiaoping, hailed in Communist Party history for launching the country’s rise to prosperity.

Then in early June, the museum was closed for what it called “upgrading.” When it reopened in August, the sculpture was gone, replaced by video screens showing local development and a beige wall adorned with a quote from President Xi Jinping.

China’s Communist Party is celebrating the 40th anniversary of policy overhauls, widely credited to Deng, that transformed an impoverished country into the world’s second-largest economy. Yet much of the state-backed fanfare has focused instead on Mr. Xi, playing up his economic credentials while diluting Deng’s prominence in party lore.

“This is mythmaking in action,” said Julian Gewirtz, a historian at Harvard University who has studied Chinese economic reforms. In shaping narratives about China’s future, Mr. Xi is “claiming greater authorship over China’s past.”

At the museum’s entrance, a sculpture depicting then paramount leader Deng Xiaoping’s 1984 tour of Shenzhen was removed during a June-August refurbishment, and replaced with a wall adorned with a quotation from President Xi Jinping, as well as video screens showing local development.

Since taking power in late 2012, Mr. Xi has sought to adapt Chinese history for his agenda, rewriting official accounts while flexing legal and media muscles to enforce his narratives. Officials have updated textbooks and museums to imprint the president’s policies. A new law prescribes criminal and civil penalties for defaming party-approved “heroes and martyrs.”

The goal, historians say, is to bolster Mr. Xi’s authority by cementing his own story for China: the Communist Party—led by a strong and astute leader—shepherding the Chinese people toward restored national glory.

This has unsettled some Chinese, who worry their leader is reviving Mao-style dictatorship. Last month, a professor at the prestigious Tsinghua University stirred debate with a widely read essay condemning Mr. Xi for what he called the president’s authoritarian turn and efforts to generate a personality cult.

The pushback hasn’t slowed the pro-Xi publicity drive, which is tapping the reform anniversary to demonstrate the president’s commitment to overhauling China’s slowing economy and challenge foreign criticism of Beijing’s industrial strategy. 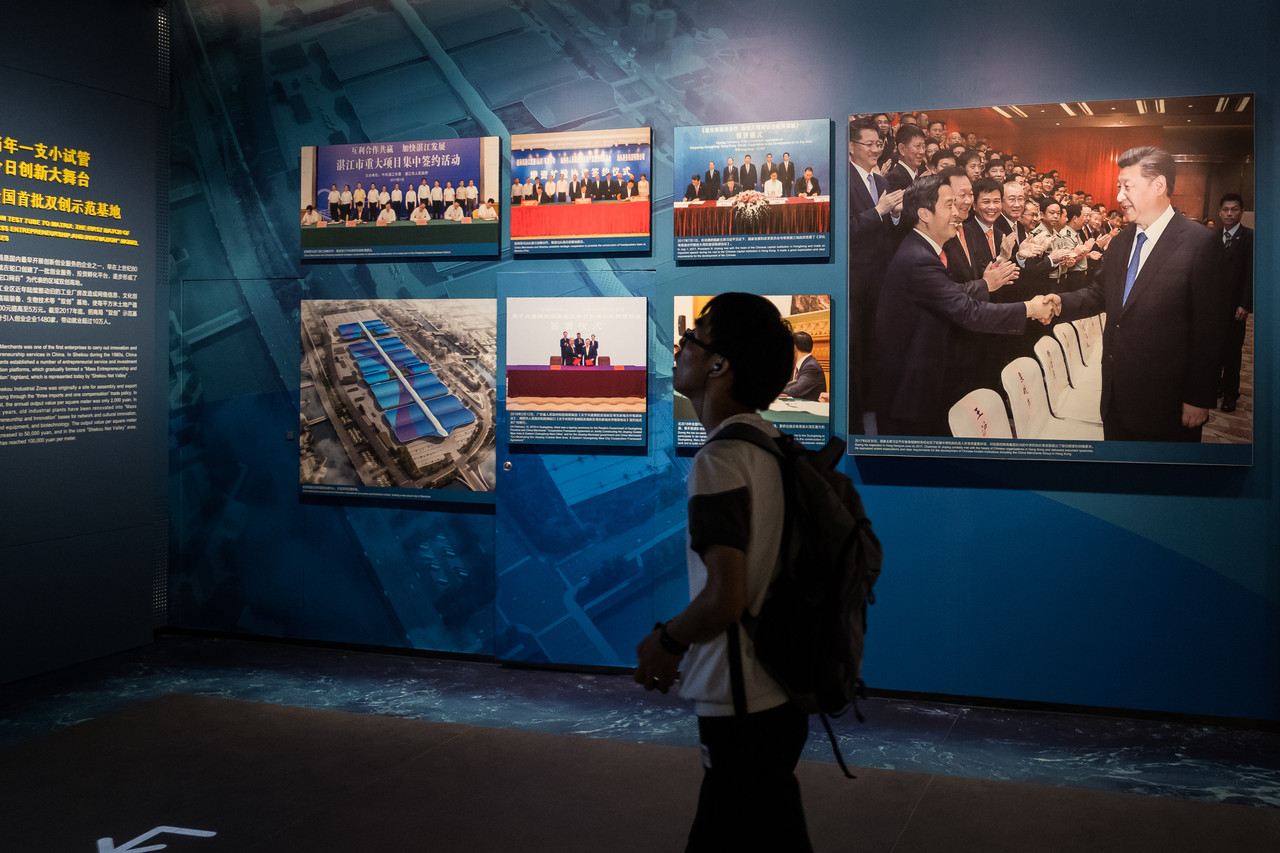 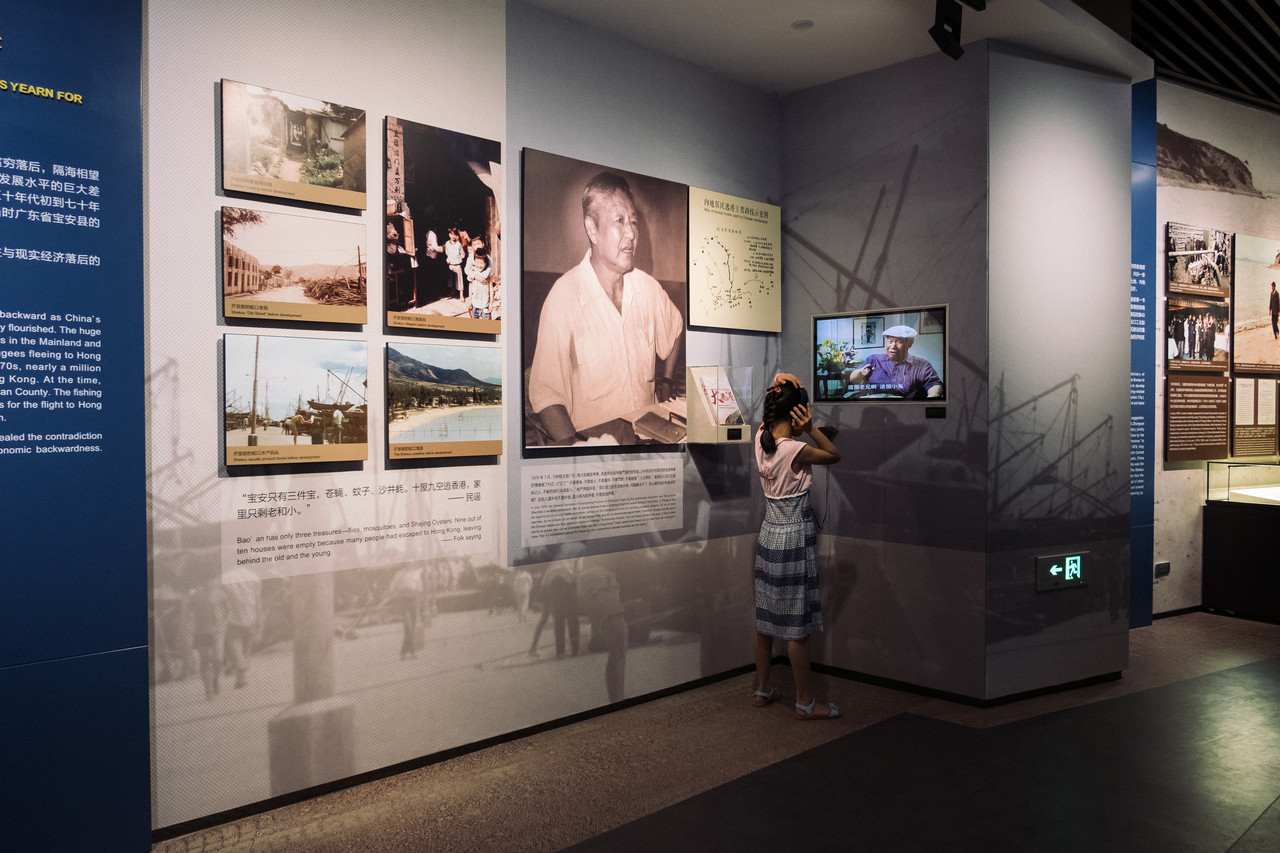 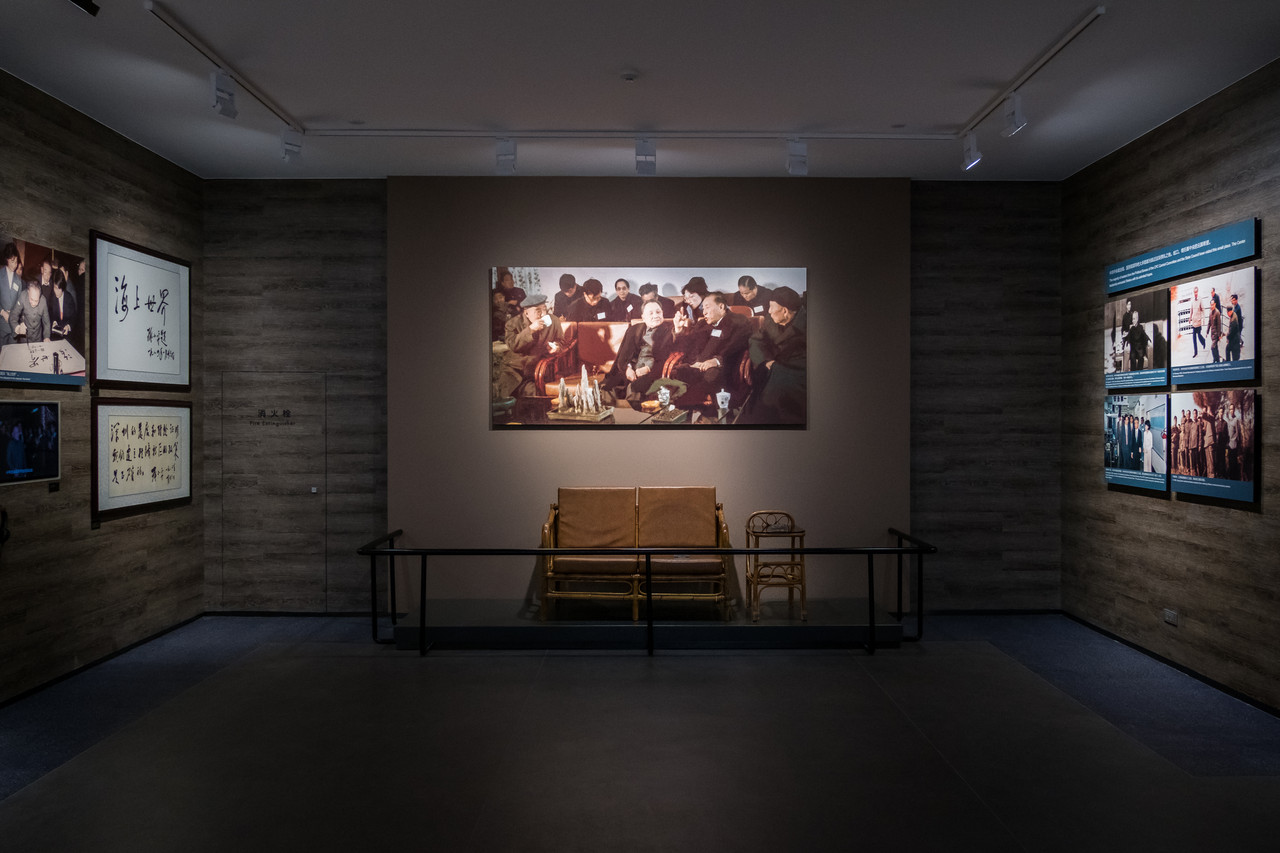 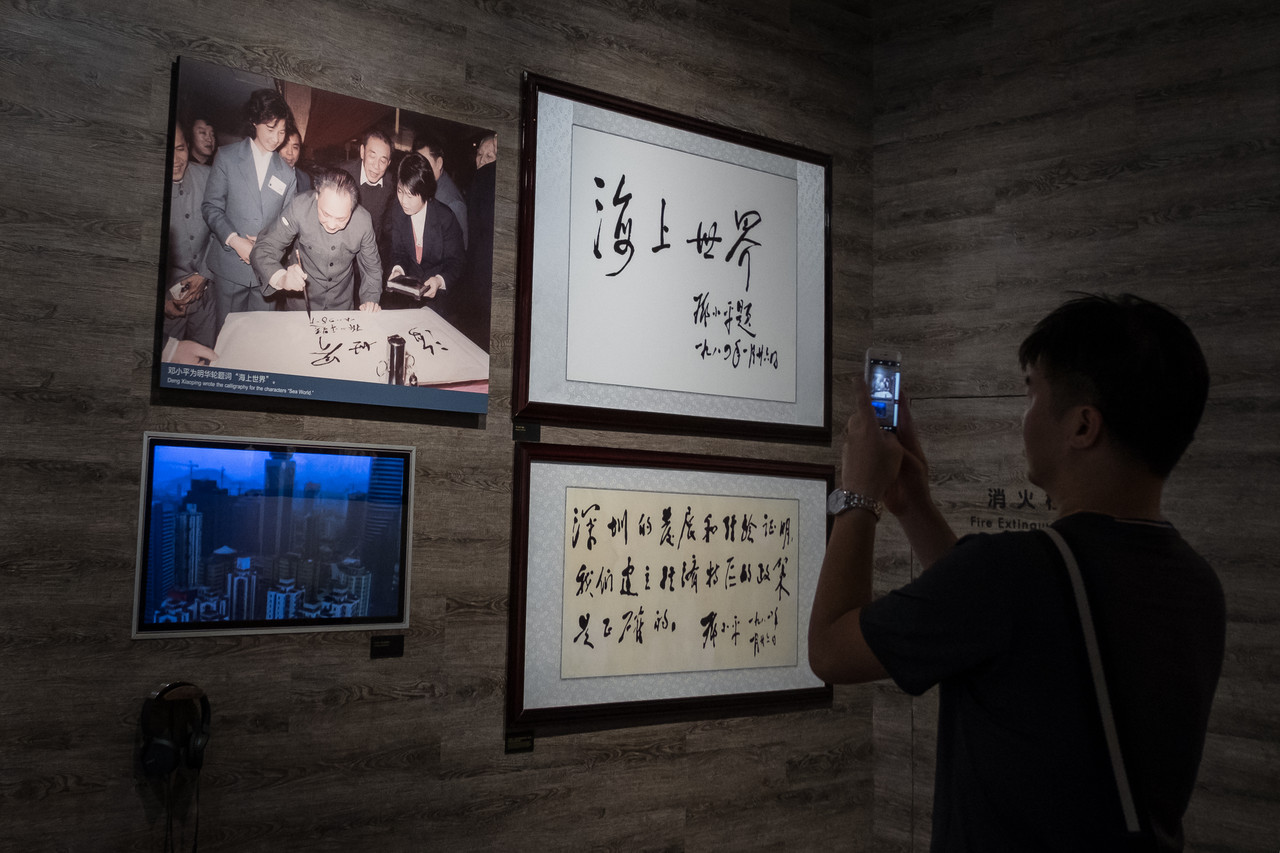 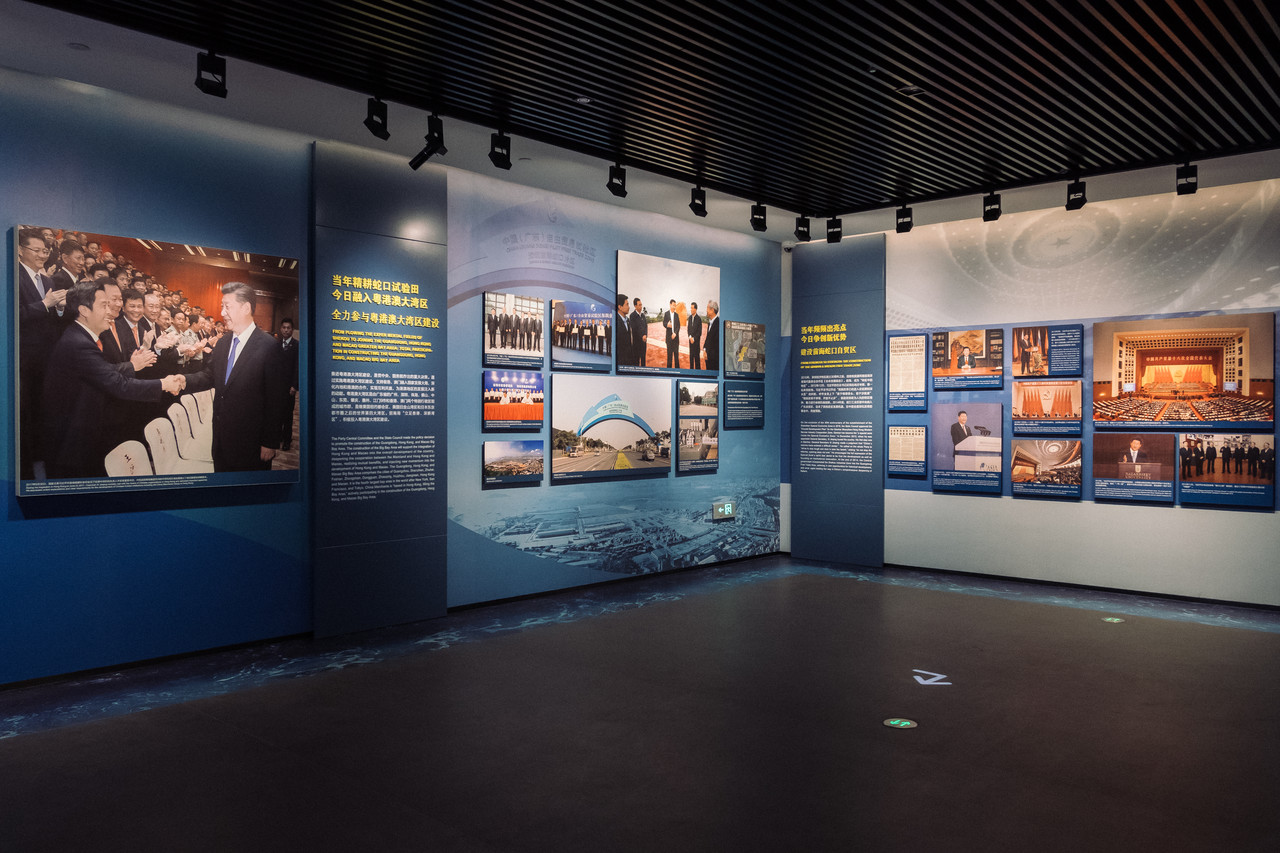 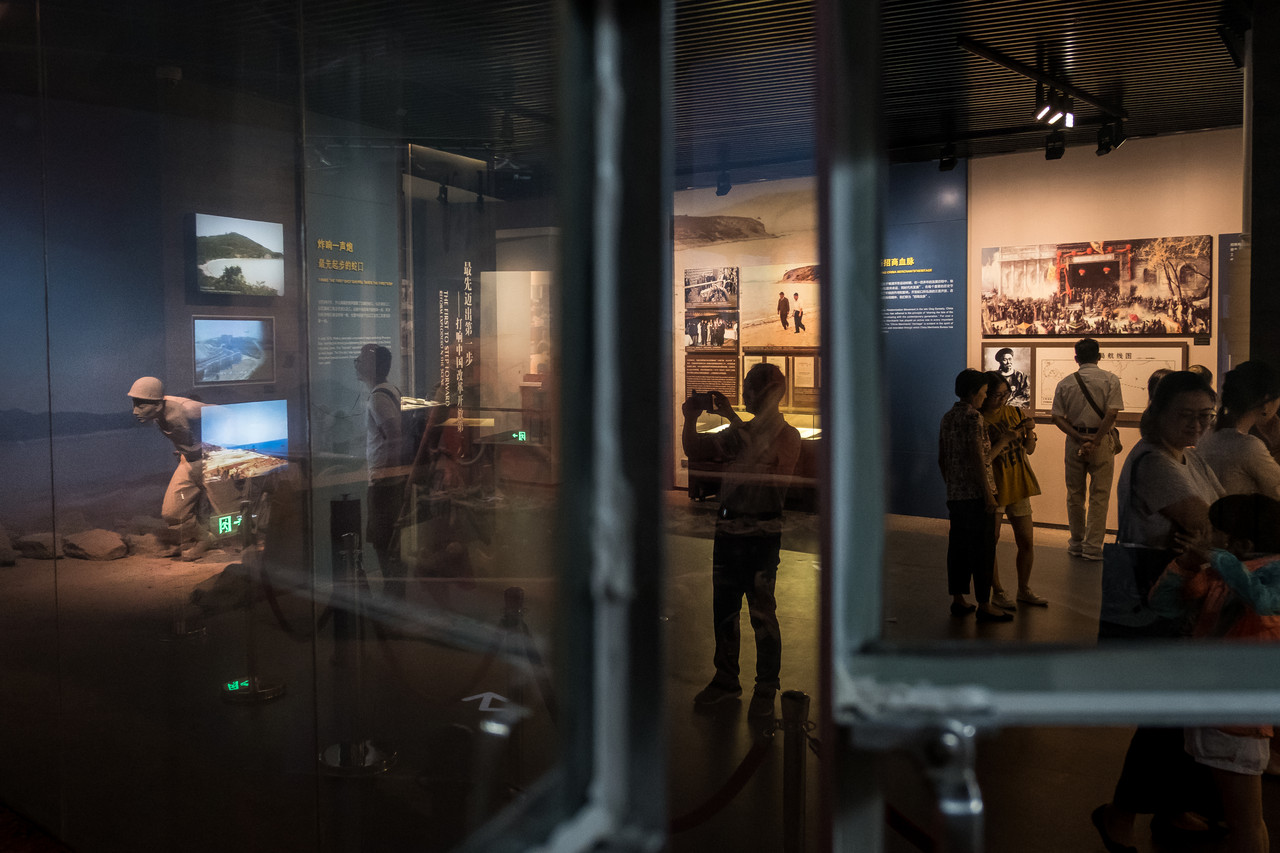 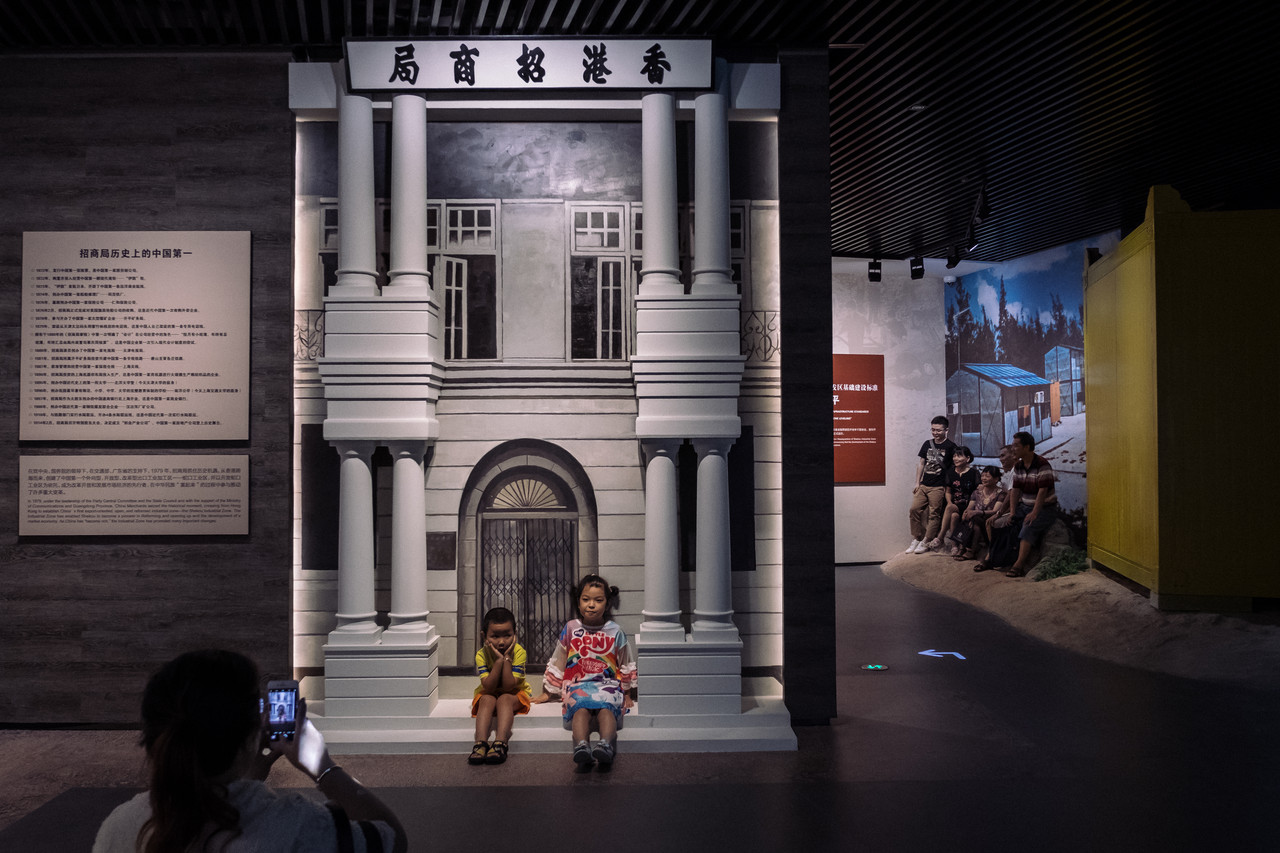 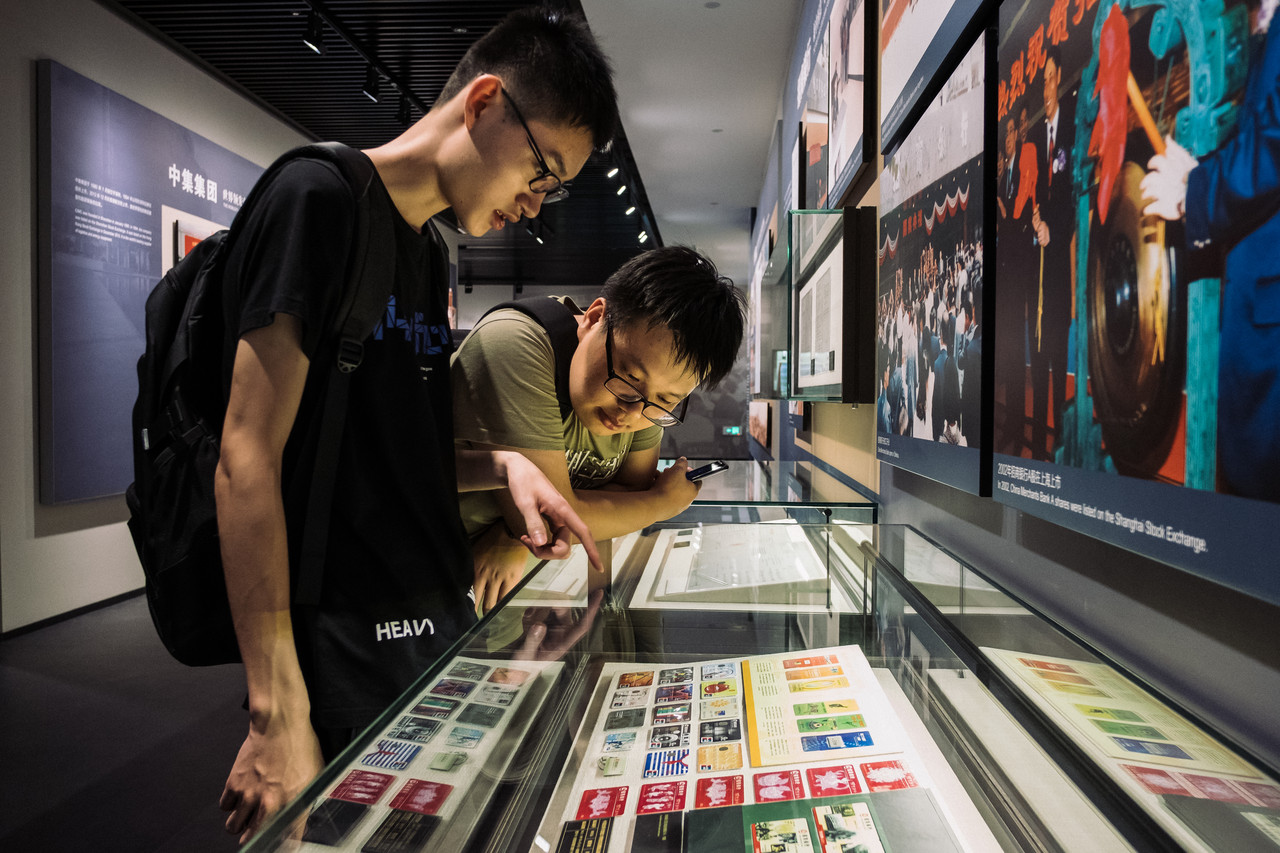 Renovations at the Shekou Museum of China’s Reform and Opening-Up added displays on President Xi Jinping’s late father, Xi Zhongxun, who helped steer economic reforms as Guangdong province’s Communist Party chief from 1978-80. A large photo of the elder Xi, center, appears in this gallery recounting the early phases of China’s ‘reform and opening-up’ policy.
Billy H.C. Kwok for The Wall Street Journal
1 of 8

Deng has been a towering figure in China, even after his death in 1997. He is revered for guiding the country’s economic transformation and its transition from Mao’s one-man rule—with its lurches into radical politics—to an era of collective, stable and relatively predictable leadership. His policies set clearer divisions of duties between the party and government and allowed the party’s dominance to slip. De-emphasizing Deng’s role helps Mr. Xi unravel some of those policies.

Mr. Xi once eagerly invoked Deng. Weeks after becoming Communist Party chief, he traveled through Guangdong province in China’s south on a trip that echoed one Deng had taken two decades earlier, stopping at a Shenzhen park to lay flowers beneath a statue of the former leader.

Since then, Mr. Xi has dismantled parts of Deng’s legacy. He has centralized decision-making powers and scrapped presidential term limits. He has insisted that “the party leads everything” and declared a new era for “socialism with Chinese characteristics”—a Deng-era slogan that provided ideological footing for market remedies.

Efforts to repackage recent economic history around Mr. Xi gathered pace in June, when the party launched a publicity drive for the reform anniversary. The aim, a party directive said, is to encourage people to unite around the party leadership, with Mr. Xi “as the core.”

At the national art museum in Beijing, paintings of Mr. Xi and his late father—who helped steer reforms as a provincial chief—were displayed prominently at a reform-anniversary exhibition, overshadowing artwork depicting Deng and other past leaders. In 2008, Deng artwork dominated a 30th anniversary exhibition at the same museum, according to photos on its website.

A state publisher released a 371-page book titled “Research Into Xi Jinping Thought on Reform and Opening-Up.” State media credited Mr. Xi’s stints as a regional leader for development successes in Fujian and Zhejiang provinces. Those commentaries often omitted Deng, even though Mr. Xi—as a provincial official—had cited the late leader’s policies as a guide for his own.

In Shenzhen, where Deng is exalted for engendering the former seaside town’s transformation into a metropolis, officials are preparing a reform-anniversary exhibition that will include items related to president’s father, Xi Zhongxun, who was Guangdong party chief from 1978-80.

Renovations at the Shenzhen museum dovetail with the pro-Xi drive. Located in the city’s Shekou district, a test bed for many Deng-era reforms, it was commissioned in 2015 by state-owned China Merchants Group, a Hong Kong-based conglomerate.

How Xi Became China’s Most Powerful Leader in Decades 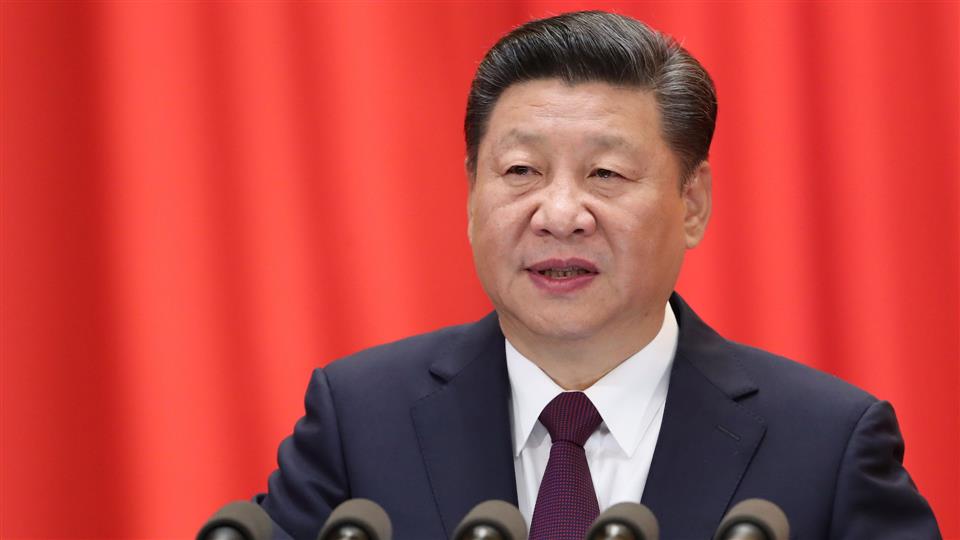 Xi Jinping is arguably the most powerful Chinese leader since Mao Zedong. What’s behind his rise and how long will he remain in power? Photo: Reuters (Originally published Oct. 18, 2017)

At its December opening, Shenzhen’s propaganda chief said he hoped the museum would become a base for patriotic education. It received nearly 80,000 visitors—including officials, state-media reporters and students—before the refurbishment.

At the entrance, visitors now see Mr. Xi’s words instead of the sculpture featuring Deng, which the museum previously described as its centerpiece.

“During the 40 years of reform and opening-up, we have created a new road, a good road, by bravely daring to pioneer and boldly undertaking self-reform,” read part of the quotation from a speech Mr. Xi gave in February.

When the Shekou Museum of China’s Reform and Opening-Up reopened, some visitors said the new displays were more aesthetically appealing, though one who saw the originals wasn’t impressed. Zhao Yanqing, a retired Shenzhen resident in her mid-50s, criticized the replacement of the Deng sculpture.

“They should respect history,” said Ms. Zhao, who previously visited in May. “I feel that we’re reviving the cult of personality from Chairman Mao’s time. This is too dangerous.”

Curators embarked on the redesign after considering suggestions from visitors, including academics and museum professionals, a museum executive said. The updated exhibitions “can stand the test of history,” she said.

The redesign kept most Deng-related exhibits while eliminating the sculpture. It also features fresh displays that extol Mr. Xi and his father. Photographs and text portraying the elder Xi’s contributions to reforms now appear alongside some Deng-related displays.

The main exhibition concludes with a section on Mr. Xi’s “Belt and Road” initiative to build global trade infrastructure. Photographs showing Mr. Xi dominate the now-expanded section, 16 in all, and some images are larger and more prominent than before.

“Comrade Xi Jinping has raised the banner of reform,” reads the section’s introductory text. “A new era of ideological liberation is sweeping through China.”