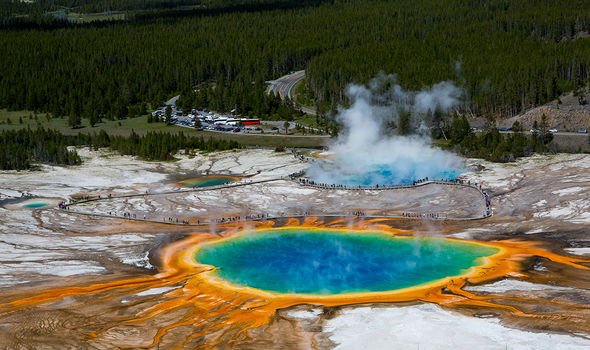 THOUSANDS of Yellowstone-native species are migrating away from the active supervolcano, scientists have spectacularly announced.

Yellowstone elk in their thousands leave the supervolcano each year to find higher grounds around the Yellowstone National Park. The annual mass migration gives the wild Yellowstone residents a chance to feast on fresh grass and calve for the Spring. However, scientists have discovered these centuries-old migration patterns are changing in response to environmental cues. According to researchers at the University of California, Berkley, tens of thousands of animals are now moving out of Yellowstone differently, in response to climate change.

Gregory Rickbeil, a post-doctoral researcher at UC Berkley said: “We found that the immediate environment is a very effective predictor of when migration occurs.” 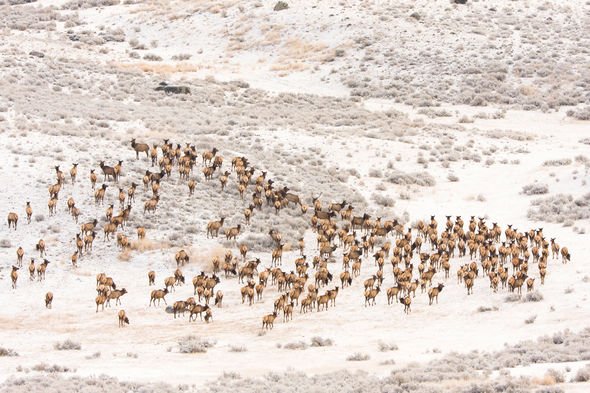 Every Spring, the elk climb up into higher areas and return to the Yellowstone valleys and plains by the start of Autumn.

But retreating snowlines and greening grasses are forcing the animals to migrate later than in previous years.

In some cases, female elk were found to leave in early May but then leave in late July the very next year.

In 2015, for instance, the Yellowstone elk were found to travel to their winter grazing ranges on average 50 days later than in 2001.

The incredible study of Yellowstone volcano’s wildlife was published in the journal Global Change Biology.

Arthur Middleton, a professor of wildlife management at Berkley, said: “The decisions that these animals make about when to migrate are absolutely dependent on changes in the landscape, changes that are ultimately governed by the climate.

“And in the future, with climate change, we should expect the timing of these mass movements to be altered, which will affect the other wildlife and the people who depend on them, including predators, scavengers and hunters across the ecosystem.”

With climate change, we should expect the timing of these mass movements to be altered

Although the elk are migrating at different times of the year to better adapt to the changing climate, the migrations could have a negative effect on Yellowstone as a whole.

Yellowstone elk herds are among the most populous animals in Yellowstone National Park at about 20,000 strong.

These animals are responsible for consuming a lot of the local vegetation but are also a source of food for Yellowstone predators. 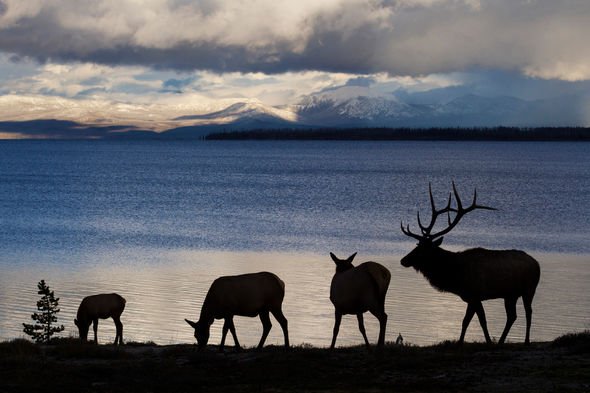 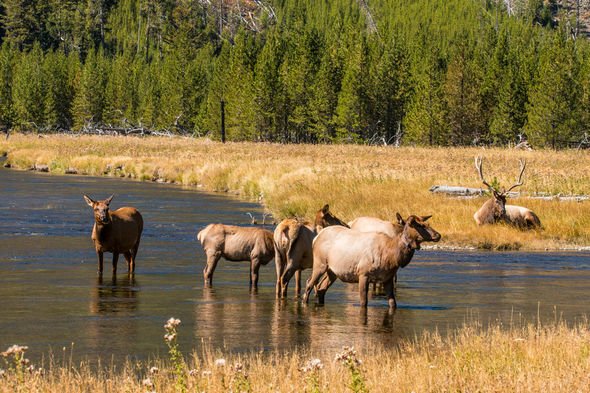 Yellowstone grizzly bears and wolves, for instance, feed on baby elk in the Spring.

Professor Middleton said: “These elk eat a lot of things, and they are eaten by a lot of things, so wherever these masses of hundreds or thousands of elk are on the landscape determines who gets to eat and who doesn’t.

“In some cases, this could be sensitive populations of carnivores, like grizzly bears or wolves, and on the human side, it could be hunters, some of whom are making their income as outfitters and guides.”

According to the US National Park Service, Yellowstone as the largest concentration of mammals in the “lower 48 states” in the US.

The supervolcano park is, in particular, notable for its high concentrations of predators like bears, coyotes, wolves and mountain lions.

Read More:Yellowstone Bison To Be Slaughtered

Read More:New Thermal Activity In Yellowstone Is A Sign Of Things To Come