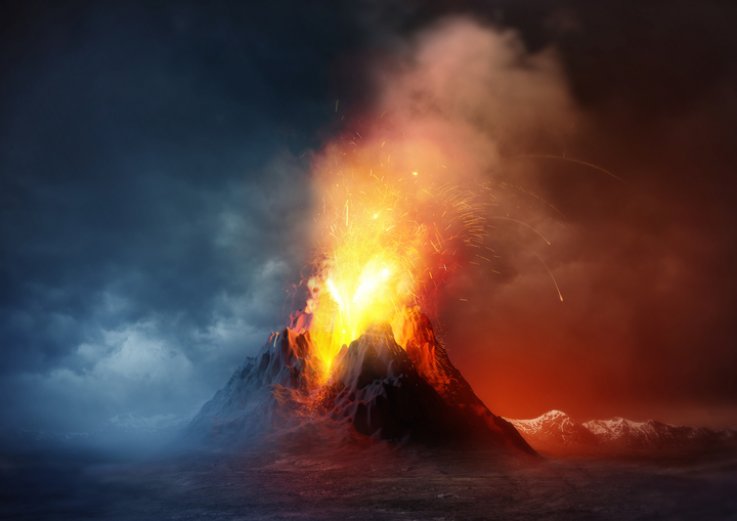 A volcano previously classified as “extinct” in Russia’s far east has woken up, and experts are now warning it could produce an eruption similar to the one that wiped out Pompeii and Herculaneum almost 2,000 years ago.

The Bolshaya Udina volcano is a stratovolcano located at the center of the Klyuchevskaya volcano group on Russia’s Kamchatka Peninsula. It stands at around 10,000 feet in height and, until 2017 it was considered extinct, meaning it has not erupted in a long time and is unlikely to ever erupt again.

It is not known when Udina last erupted. However, scientists recently noticed continuing seismic activity beneath the mountain, potentially suggesting the “awakening” of the volcano complex, scientists wrote in the Journal of Volcanology and Geothermal Research.

As a result, a team of researchers from Russia, Saudi Arabia and Egypt carried out a detailed investigation on the volcano. They installed four seismic stations and monitored the complex for two months, over May and June last year.

Over this time, they recorded 559 events in the area around Udina. Further analysis suggested the activity was forming an “elliptical cluster” and that seismic events were taking place at a depth of at least three miles. “These seismic properties may indicate the presence of magma intrusions with a high content of melts and fluids, which may justify changing the current status of this volcano from ‘extinct’ to ‘active,'” they wrote.

Researchers also observed a cluster of seismic activity connecting the volcano to the Tolud zone—a region thought to store magma. “Based on the results of this study, we conclude that during 2018, the Tolud magma source appeared to have built another pathway to Bolshaya Udina.”

In an interview with the newspaper Science in Siberia, Ivan Kulakov, the lead author of the paper, said an eruption at Udina could be catastrophic. He likened the scale to the eruption of Vesuvius in 79 A.D.

“When a volcano is silent for a long time, its first explosion can be catastrophic,” he is quoted as saying. “A large amount of ash is thrown into the air, it is carried far away, and not only the surrounding settlements, but also large territories all over the planet can suffer. Recall Pompeii: the awakening of Vesuvius was preceded by a lull for several thousand years. And the eruption in Peru in 1600 led to a cooling in Europe and famine in Russia.”

Kulakov said it is impossible to say when or if Udina will erupt, but that they will need to closely monitor the volcano. Vadim Aleksandrovich Saltykov, who was not involved in the study, said there are now plans to study the environment of the volcano next year, at which point they hope to find out where the magma is located.