Researchers have used a neural network to generate artificial fingerprints that work as a “master key” for biometric identification systems and prove fake fingerprints can be created.

According to a paper presented at a security conference in Los Angeles, the artificially generated fingerprints, dubbed “DeepMasterPrints” by the researchers from New York University, were able to imitate more than one in five fingerprints in a biometric system that should only have an error rate of one in a thousand.

The researchers, led by NYU’s Philip Bontrager, say that “the underlying method is likely to have broad applications in fingerprint security as well as fingerprint synthesis.” As with much security research, demonstrating flaws in existing authentication systems is considered to be an important part of developing more secure replacements in the future.

In order to work, the DeepMasterPrints take advantage of two properties of fingerprint-based authentication systems. The first is that, for ergonomic reasons, most fingerprint readers do not read the entire finger at once, instead imaging whichever part of the finger touches the scanner.

Crucially, such systems do not blend all the partial images in order to compare the full finger against a full record; instead, they simply compare the partial scan against the partial records. That means that an attacker has to match just one of tens or hundreds of saved partial fingerprint in order to be granted access. 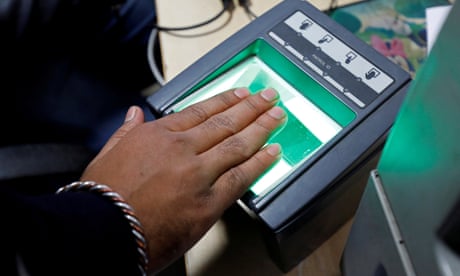 The second is that some features of fingerprints are more common than others. That means that a fake print that contains a lot of very common features is more likely to match with other fingerprints than pure chance would suggest.

Based on those insights, the researchers used a common machine learning technique, called a generative adversarial network, to artificially create new fingerprints that matched as many partial fingerprints as possible.

The neural network not only allowed them to create multiple fingerprint images, it also created fakes which look convincingly like a real fingerprint to a human eye – an improvement on a previous technique, which created jagged, right-angled fingerprints that would fool a scanner but not a visual inspection.

They compare the method to a “dictionary attack” against passwords, where a hacker runs a pre-generated list of common passwords against a security system.

Such attacks may not be able to break into any specific account, but when used against accounts at scale, they generate enough successes to be worth the effort.

Read More:Google’s New Neural Network Can Pinpoint Almost Any Location From A Photo

Read More:EU Borders To Be Policed By Lie-Detecting AI