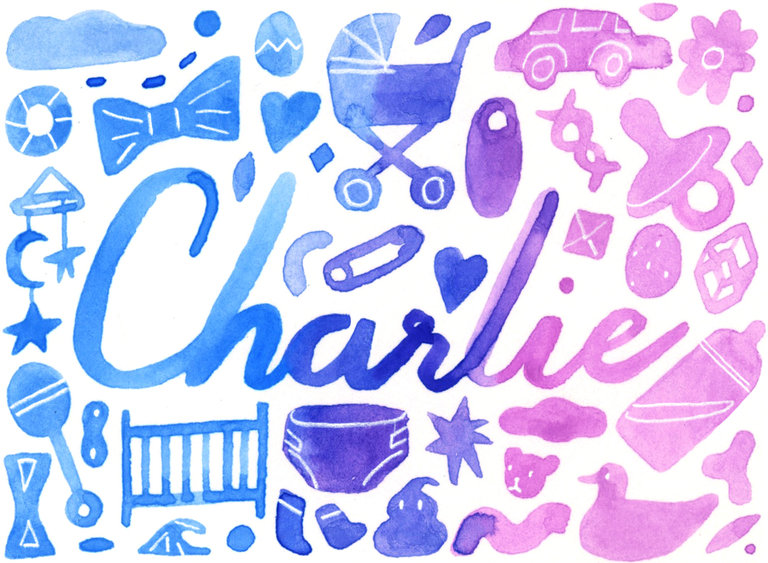 When it came to naming their third son a few weeks ago, Megan Fox and Brian Austin Green sidestepped traditional boys names like Ethan and Jacob for the gender-agnostic name Journey, which may have been a subtle nod to the couple’s much-chronicled attempts to work their way back from the brink of divorce.

Dax Shepard and Kristen Bell also opted for an indeterminate-sex name (Delta) for their second daughter, born last year. “It was a joke, because our first daughter’s name is Lincoln, which is very masculine,” Mr. Shepard said on “The Ellen DeGeneres Show.” “So a friend of mine teasingly texted me: ‘Oh, great! What’s this one going to be? Navy Seal? Delta Force?’”

Their choice hardly seems unusual in a culture where Heidi Klum, Jessica Simpson and Drew Barrymore have all chosen names for their daughters that could go either way and collectively sound like a frontcourt for the 1962 Detroit Pistons (Lou, for Ms. Klum’s daughter; Maxwell, for Ms. Simpson’s; and Frankie, for Ms. Barrymore’s).

It’s not just Hollywood. At a time when Banana Republic has done away with pink and blue distinctions in a children’s line, some high schools have stopped using graduation gowns with different colors for boys and girls, and unisex is de rigueur in fashion, gender-blurring baby names are on the rise among American parents.

“The old ‘Boy Named Sue’ idea of a boy being shamed by having a girl’s name is passing away,” said Pamela Redmond Satran, a founder of the popular baby naming site Nameberry, which attracts five million unique visitors monthly, and last December called “post gender” names (that is, a name given to both boys and girls in roughly equal measure) the hottest trend for 2016. “Today, boys named Tatum feel as cool as girls named Rory, and vice versa.”

The numbers seem to bear this out. Researchers at Nameberry analyzed the baby name registry from the Social Security Administration and found that the number of babies given unisex names like Harper, Tatum and Quinn had risen 60 percent in the last decade, to 67,831 babies in 2015.

The increase was even greater over the last three decades, with the number of unisex baby names having risen 88 percent since 1985.

(For the purposes of the article, Nameberry researchers defined a name as unisex when at least 35 percent of the babies given it were of one sex, and the rest of the other.)

Some of the unisex names are novel and could be called the new-parent version of neologisms: Royal, Justice and Phoenix. Others are traditional, and have lost their sex-specific identity over time.

Thirty years ago, for example, Tracy was nearly eight times more common for girls than for boys. Last year, there was a nearly 50-50 split between boys and girls named Tracy, according to government data. Similarly, Elliott (in its various spellings) was running almost 100-to-1 in favor of boys years ago; last year, about one Elliott in four was a girl.

Other names have seen their gender-specificity eroded more quickly. Boys make up about 38 percent of children named Tatum, but it was 90 percent girls a decade ago, according to Social Security records. Haydens are now about 39 percent girls, up from 11 percent 10 years ago.

“Today’s parents have moved beyond the dichotomy of boy and girl names,” said Linda Murray, the editor in chief of BabyCenter, which declared 2015 “the year of the gender-neutral baby” and published a list of 120 suggestions, from Addison to Winter.

“They want their children to grow up and be themselves, free from stereotypes,” she said. “Boys can wear nail polish, girls can ride skateboards. It’s all good.”

The vogue for unisex names is being driven, in part, by millennials, who are in their 20s and early 30s and in their prime child-bearing years. “Millennials are an open-minded and accepting group,” Ms. Murray said, “and they don’t want their children to feel pressured to conform to stereotypes that might be restrictive.”

Indeed, marketers have found that gender neutrality is a selling point for millennials raised in an era of growing economic opportunities for women and increasing tolerance for nontraditional gender roles and identities.

Raising a child free of gender stereotypes was a goal for Chelsea Marsh, a millennial parent from Fort Wayne, Ind., when she and her husband gave their 6-month-old daughter the either-or name Paris.

“I wouldn’t go as far as to name my baby girl Jack,” said Ms. Marsh, a 27-year-old sales agent. “But my goal is to allow her to experience the world without the barriers of pink girlie things. I want her to be strong, play in the dirt and challenge herself to try new things, even if it’s not ‘what girls do.’”

“I would do the same for my son,” she added, “if he wanted to be a dancer instead of a basketball player.”

Same-sex parents, whose numbers are growing, may also be inclined to blur traditional gender boundaries.

To Yojana Vazquez and her wife, Elaine, choosing the gender-neutral names Kai and Kalo for their twin daughters, now 2, was part of a larger plan to keep gender options open, Ms. Vazquez said.

“Instead of always referring to them as our daughters, we say our children or kids,” said Ms. Vazquez, 29, of Springfield, Va. “We also try to dress them in clothing from all over the children’s department. We mix and match, a pink girlie shirt with a boy’s cargo shorts. A superhero boy’s shirt with a tutu skirt.”

The goal, she said, is “to make sure not to influence them on who they are and, ultimately, who they will grow up to be.”

Baby-name trends, it should be noted, come with a word of caution. Like all trends, some turn out to be nothing more than fads. Last month, for example, BabyCenter reported an uptick in baby names like Eevee and Onix, inspired by Pokémon Go.

Gender-ambiguous names have come into vogue before, Ms. Satran said, first in the 1960s among counterculture types (recall the babies named Sunshine and Rain), and again in the 1980s among baby boomer parents who hoped that giving their daughters names like Blake or Madison would better equip them to take on men in the workplace.

Still, unisex baby names account for only a small percentage of those chosen each year. Of the 3.9 million babies born last year, only 1.7 percent were given unisex names, according to Nameberry’s analysis of government data. The most popular baby names in the country continued to be Noah and Liam for boys, and Emma and Olivia for girls.

Even so, in an era marked by Caitlyn Jenner’s endlessly publicized transition from Bruce, as well as gender-bending shows like Amazon’s “Transparent,” the unisex baby name may also prove to be in its infancy.

“Feminism is cool again, gay marriage is the law of the land and transgender celebrities have come into the mainstream,” said Ms. Satran, the author of 10 baby-name books. “So who knows? We may yet see the day when boys are named Caitlyn and girls are named Bruce, and nobody thinks twice.”

Read More:End Of Gender: The Next Normal