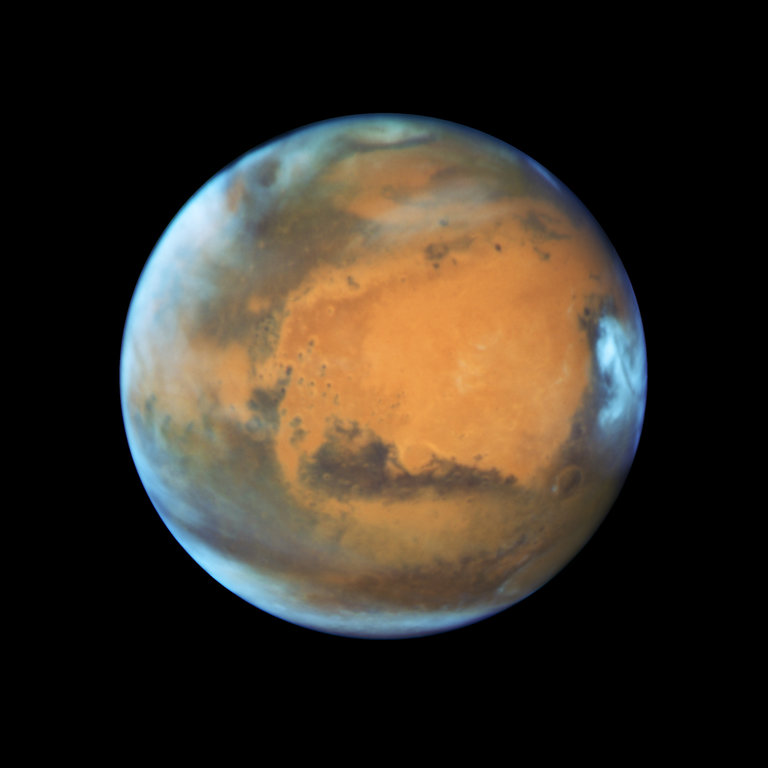 On Monday night, Earth and Mars will become cosmically cozy. The two will be at their closest in more than a decade, separated by just 47 million miles.

Normally, Mars is about 140 million miles from Earth on average, but that gap can widen to as much as 250 million miles when the two planets are on opposite sides of the sun.

The last time Mars snuggled up so closely was in 2005 when the planets were about 43 million miles apart. According to NASA, the red planet really put the squeeze on us in 2003, when it was only 35 million miles away, the tightest hug in more than 60,000 years.

Monday’s celestial embrace will be a great opportunity for skygazers to view the orangey-red orb without a telescope. The planet has been particularly bright since mid-May, when it was approaching opposition, or aligning with Earth and the sun. It will remain similarly big and bright all week and begin to fade in mid-June.

If the weather prevents you from having a clear view, you can watch a live stream by the Slooh Community Observatory, which manages a large network of telescopes across the globe, beginning at 9 p.m. Eastern.

The next time Mars will cuddle Earth this closely will be July 31, 2018.