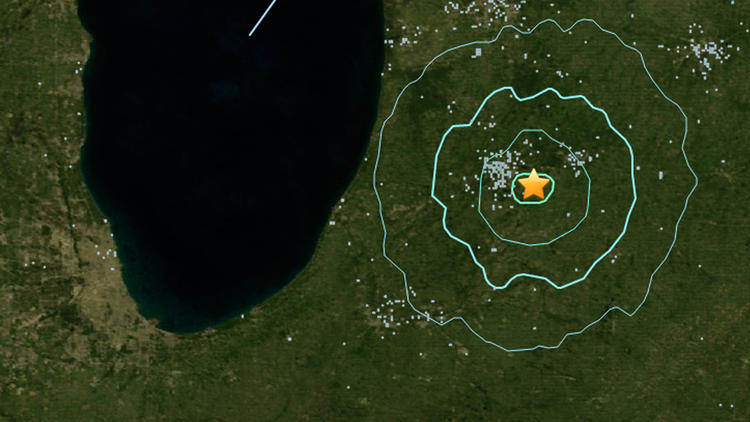 A moderate earthquake shook southwestern Michigan midday Saturday in a temblor that was felt across Lake Michigan in Chicago and its suburbs and as far east as Toledo and Detroit, according to the U.S. Geological Survey.

The light- to-moderate level quake, which registered at magnitude 4.0, was strong enough to be felt indoors by many people but not strong enough to usually cause damage, occurred 5 miles south of Galesburg, Mich., according to the USGS. The closest sizeable city is Kalamazoo, Mich., about 9 miles from the center of the quake.

By a little after noon Central Time, almost 170 people from Kalamazoo had reported to the USGS they had felt the quake, while more than a dozen people in Chicago had also reported feeling it. Residents of a number of Chicago suburbs, including Evanston, Grayslake, Gurnee and even Des Plaines, also reported feeling the quake.