Climactic footage of Arctic ice plummeting into the sea has routinely shocked viewers in recent years. However, the phenomenon appears not to be confined to Earth, as NASA has captured evidence of Mars’ polar ice cap collapsing.

The US space agency’s Mars Reconnaissance Orbiter has been spinning around the Red Planet since 2006. Its vantage point hundreds of kilometers above the surface allows it to witness dramatic natural processes unfolding below.

The orbiter’s HiRise camera team created a striking before-and-after GIF showing a “field of ice blocks” that were left behind in the wake of the stunning planetary redecorating.

The steep edge of the north polar cap is falling apart,” planetary geologist Alfred McEwen explained. “This animation shows where a section of the slope at right has collapsed since three Mars years ago and deposited a field of ice blocks.” 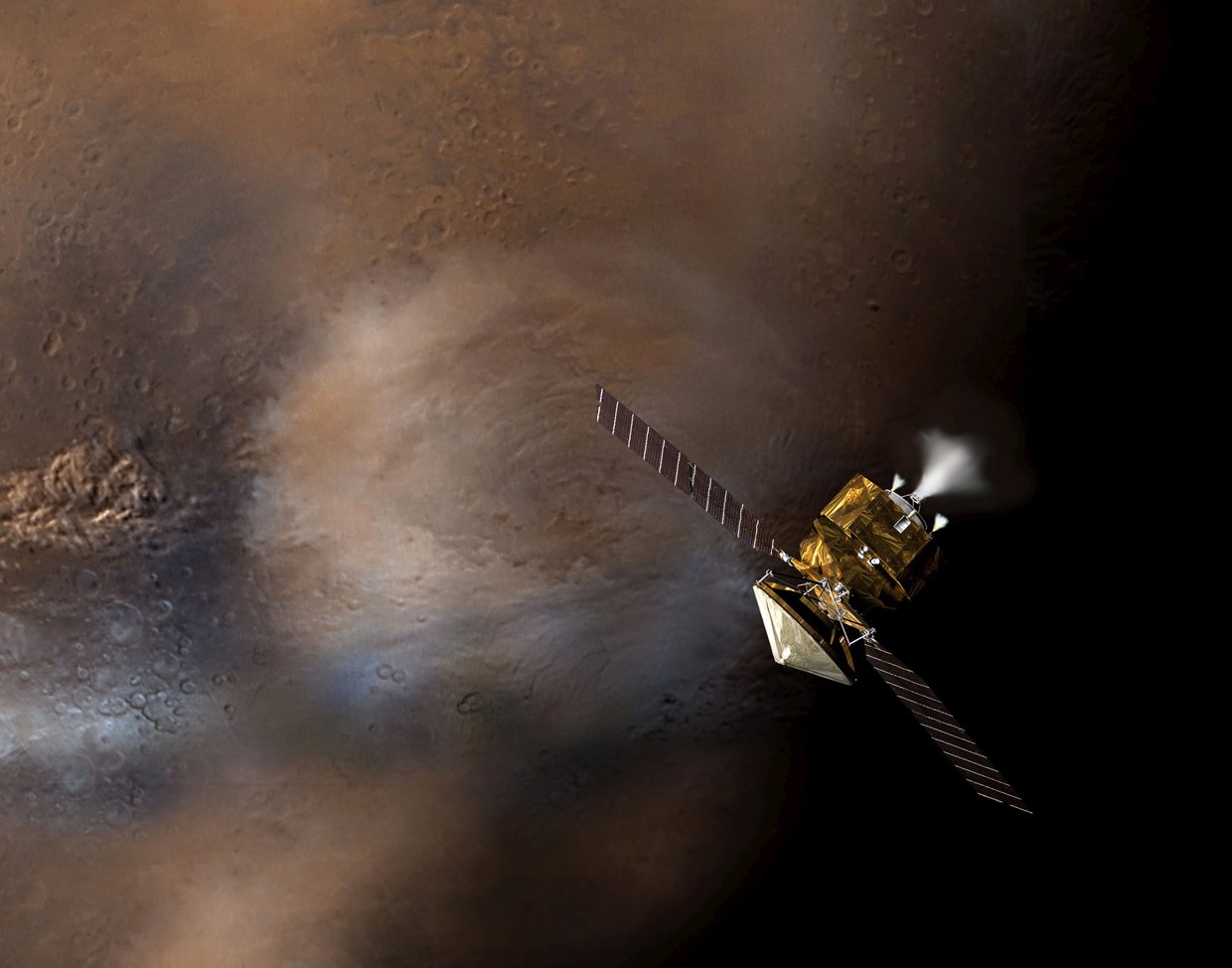 A Mars year lasts almost 1.88 Earth-years, so the original image was snapped over 5.5 years ago. The orbiter captured the second image on December 25, 2019 and released the powerful comparison on Friday.

Equipped with one of the largest and most powerful cameras ever sent into space, the Mars Reconnaissance Orbiter has sent back 371 terabits of data on Mars’ alien surface.