Pastor Paul Begley warns ‘the earth is going to be shaking’

The historic “Abraham Accord” unveiled on Thursday has been hailed a “huge Bible prophecy moment” by Christian conspiracy theorists. Pastor Paul Begley of West Lafayette in Indiana, US, believes the normalisation of diplomatic relations in the Holy Land marks a significant step towards the Rapture. The TV evangelist, who hosts The Coming Apocalypse, has urged Christians around the globe to pay attention to what he believes are doomsday signs of the end days.

Pastor Begley said: “You have to follow the signs and a big one just happened.

The Abraham Accord, unveiled by US President Donald Trump on August 13, outlines bilateral agreements to exchange embassies and ambassadors between Israel and the UAE. 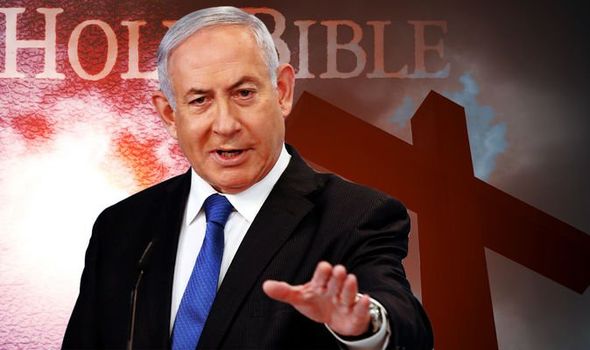 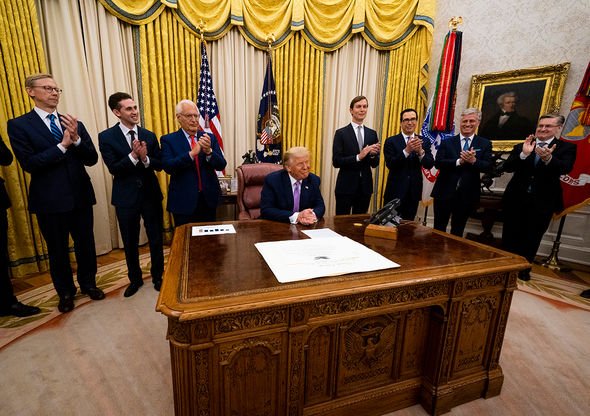 End of the world: Donald Trump unveiled the historic Abraham Accord (Image: GETTY)

President Trump has called the move a “historic diplomatic breakthrough”.

But Professor Begley believes the ramifications are much more significant and biblical in nature.

He said: “Boy we are getting closer to the Coming of Jesus Christ.”

Pastor Begley, who sometimes preaches online to his more than 337,000 followers, believes modern-day events can be interpreted through the Bible.

For instance, he has claimed the decision to move Israel’s capital to Jerusalem fulfilled prophecy in Psalm 48.

Psalm 48 reads: “Great is the LORD, and most worthy of praise, in the city of our God, his holy mountain.

“It is beautiful in its loftiness, the joy of the whole earth. Like the utmost heights of Zaphon is Mount Zion, the city of the Great King.

“God is in her citadels; he has shown himself to be her fortress.”

Pastor Begley went on to say the Israeli peace deal is the beginning of the so-called covenant of many. 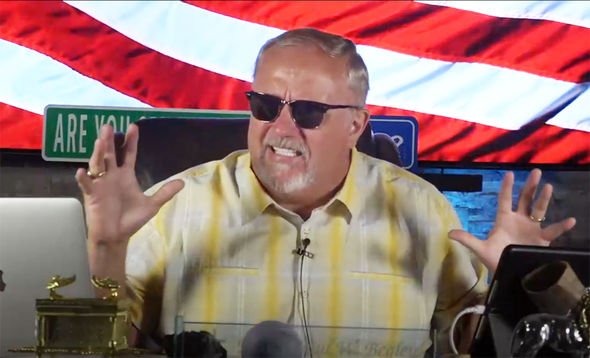 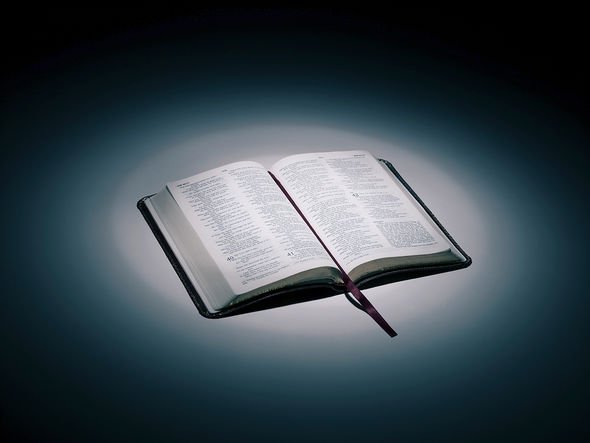 According to scripture, this covenant will be established in the end days, ushering in a period of strife known as the Tribulation.

Daniel 9:27 reads: “He will confirm a covenant with many for one ‘seven.’

“In the middle of the ‘seven’ he will put an end to sacrifice and offering.

“And the temple he will set up an abomination that causes desolation, until the end that is decreed is poured out on him.”

According to some interpretations of the Bible, this covenant will be established by the Antichrist.

Pastor Begley said: “It looks like what we have is the United Arab Emirates signs first, and maybe someone else will sign second and then third, fourth, fifth. It becomes a covenant of many.

“And then that gets wrapped up into nice little bow and put into a seven-year plan.”

But there is no evidence to support the outlandish claims the end of the world has been set into motion.

The Bible itself does not support such statements, making it clear no one but God shall know when the end strikes.

Jesus said in the Gospels: “But about that day or hour no one knows, not even the angels in heaven, nor the Son, but only the Father.”

Read More:Who’s Occupying Who? Let’s Look At The Original Land Grant Of Israel To Abraham

Read More:Israel Agrees To Give Up Land To Palestinian State