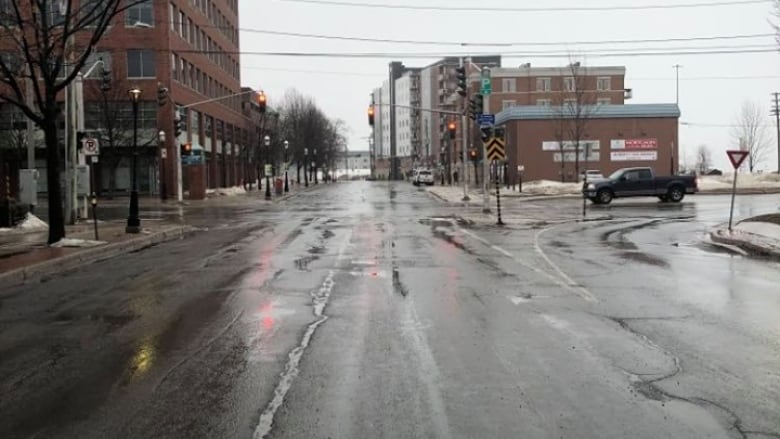 Last week’s invocation of the province’s Emergency Measures Act was as unprecedented as the COVID-19 virus itself.

While New Brunswick has faced pandemics and other emergencies before, the tools that the Higgs government is using to try to contain this outbreak have never been deployed to this extent before.

Here are seven things you need to know about the law and its implications.

What powers does the act give to the government?

The Emergency Measures Act has existed since 1973 and gives Public Safety Minister Carl Urquhart, and through him the provincial government, sweeping powers.

The province can confiscate property, order people to help the containment effort and prohibit travel. It can regulate prices and direct police to enter a property without a warrant.

Urquhart’s declaration included orders specific to COVID-19, such as requiring anyone directed by a doctor to self-isolate. That put the force of law behind what had been a mere recommendation.

Other orders included telling landlords not to evict tenants for non-payment of rent and forcing restaurants to close dining rooms and offer only take-out and pick-up service.

Do those powers violate the Charter of Rights and Freedoms?

“Our liberties are being restricted,” says Leah West, a former federal government lawyer and expert in national security law at Carleton University.

But Section 1 of the Charter allows “reasonable limits” on the rights listed elsewhere in the document.

In the past the courts have ruled that those limits are “reasonable” if they are minimally intrusive and if the measures are proportional to the threat.

“It’s safe to say they would likely be found constitutional should they ever be subsequently challenged.”

Is the provincial emergency declaration open-ended?

Urquhart’s declaration will automatically expire April 2, 14 days after he signed it.

But the law allows the provincial cabinet to extend it with a simple order-in-council.

There are other checks and balances, though.

Premier Blaine Higgs got approval for the declaration from a special committee that includes key ministers as well as the leaders of the three other political parties in the legislature.

Why hasn’t the federal government invoked its Emergencies Act yet?

The Trudeau government sounds like it’s getting closer to doing that.

West says it makes sense that the provinces have gone first.

“Actually most provincial legislation is broader. … There’s a lot in there and they’re really taking advantage of all the powers and tools available to them.”

The federal law lets Ottawa step in if the provinces can no longer cope or need central coordination of vital tasks such as for the delivery of goods and services, West said—but only if they ask.

The federal law is constrained in other ways. Passed in 1988, it replaced the War Measures Act, which civil libertarians had criticized for granting governments too much arbitrary power.

The 1988 law added a requirement that Parliament promptly debate a motion to confirm the emergency declaration. The New Brunswick law requires no such debate in the legislature.

Is this really the first time the provincial act has been used?

Not exactly. But to this extent? Yes.

“The New Brunswick Emergency Measures Organization can’t recall a state of emergency having been declared for the entire province before,” said spokesperson Anne Mooers.

It has been used for local emergencies. In 1999, the government declared one near Kings Landing when a transport truck carrying dangerous goods went off the highway, but it didn’t adopt the powers Urquhart has.

And in 2017, five municipalities in the Acadian Peninsula declared local emergencies during a paralyzing ice storm.

The Gallant government debated a province-wide declaration but opted against it, according to a review of the storm response.

“On one hand, those advocating for a declaration felt that it would create a deeper understanding, particularly among those outside the region, of the seriousness of the situation,” the report said.

“On the other hand, responders were seeing an appropriate level of concern being exhibited by those within the regions that might have been escalated to panic if a state of emergency was to be called.”

How did governments cope with emergencies before the act was passed in 1973?

When the Spanish flu swept through New Brunswick in 1918, the province benefited from remarkably good timing.

The two physicians had studied in New York, where preventative public health measures were increasingly seen as a way to block disease.

“This was a new way of thinking,” said Jane Jenkins, a St. Thomas University professor who studied the episode.

Among other things, the new act created the Department of Health and allowed it to regulate sanitation in schools, boarding houses, restaurants and slaughterhouses. Roberts would decree, for example, that bread in stores should be wrapped rather than sit in open air.

The law passed on a narrow 21-18 vote in the legislature.

When the flu hit later that year, Roberts and Melvin used other elements of the act to close businesses and public places to slow its spread.

“When they were issued, for the most part people followed them,” she said. “The streets were quiet, pretty much like today. No one was out and about.”

Is there a photo of the historic moment when Urquhart signed the declaration?

Yes, and it was posted to Facebook by Louis Léger, the premier’s chief of staff.

But eagle-eyed New Brunswickers may have noticed a discrepancy between the document Urquhart signed in the photo and the one posted online later than day.

It’s clearly not the same document.

“Once that was ready, the Minister signed it to replace the separate French and English ones and we published the new one.”