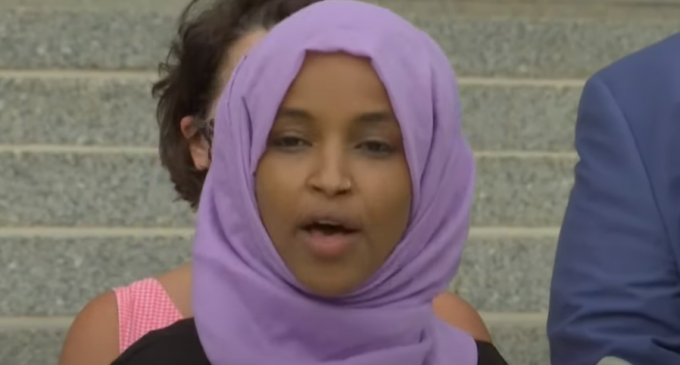 Rep. Ilhan Omar (D-MN) on Tuesday at a news conference on systemic racism with Minnesota leaders, called for the dismantling of the US economy and political systems.

“Right now in Congress the Senate is sitting on a comprehensive bill to transform criminal justice and the policing system. All along with the Congressional Black Caucus, I helped led the George Floyd Justice in Policing Act. And because of Mitch McConnell and Donald Trump, it is being ignored. I guess the president would rather attack the people who are protesting than actually address the issues people are out here protesting for,” Omar said.

She continued, “We can’t stop at criminal justice reform or police reform for that matter. We are not merely fighting to tear down the systems of oppression in the criminal justice system. We are fighting to tear down systems of oppression that exist in housing, in education, in health care, in employment, in the air we breathe.”

On Tuesday at a news conference with Minnesota leaders, Rep. Ilhan Omar called for dismantling economic and political systems that serve as a “system of oppression.”

The Minnesota Democrat claims that conversations around police brutality and racial injustice do go far enough in the fight for change – so she wants to dismantle the entire US economic and political systems.

“We can’t stop at criminal justice reform or policing reform,” she said during an outdoor press conference. “We are not merely fighting to tear down the systems of oppression in the criminal justice system. We are fighting to tear down systems of oppression that exist in housing, in education, in health care, in employment, [and] in the air we breathe.”

Omar said it was time to “guarantee homes for all” due to racial disparities in homeownership. She said that homeownership rates are nearly twice as high for White families as they are for Black families. 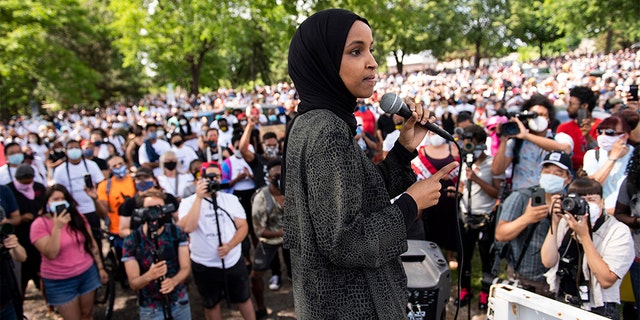 Rep. Ilhan Omar (D-MN) speaks to a crowd gathered for a march to defund the Minneapolis Police Department on June 6, 2020, in Minneapolis, Minnesota. The march commemorated the life of George Floyd who was killed by members of the MPD on May 25. (Photo by Stephen Maturen/Getty Images)

She also promoted the Green New Deal “because we know that environmental racism is real.”

“As long as our economy and political systems prioritize profit without considering who is profiting, who is being shut out, we will perpetuate this inequality,” the progressive Squad member continued. “So we cannot stop at [the] criminal justice system. We must begin the work of dismantling the whole system of oppression wherever we find it.”

Read More:Could This Be So? New Evidence Supports Claims That Rep. Ilhan Omar Married Her Brother