Things are getting bad in Los Angeles as the world appears to be falling apart at the proverbial seams.

The Los Angeles Police Department announced on Thursday that homicides have gone up a staggering 250% this week as opposed to last week.

To boot, the number of people that have been shot has risen 56%.

LAPD HQ Tweeted out the following message on Thursday:

The week of 5/31 to 6/6, homicides went up 250% and victims shot went up 56% compared to the previous week. The past 24 hrs has seen 4 shootings, one of those resulting in a homicide. Detectives are following leads to ID & arrest the suspects—but we’re also asking for your help 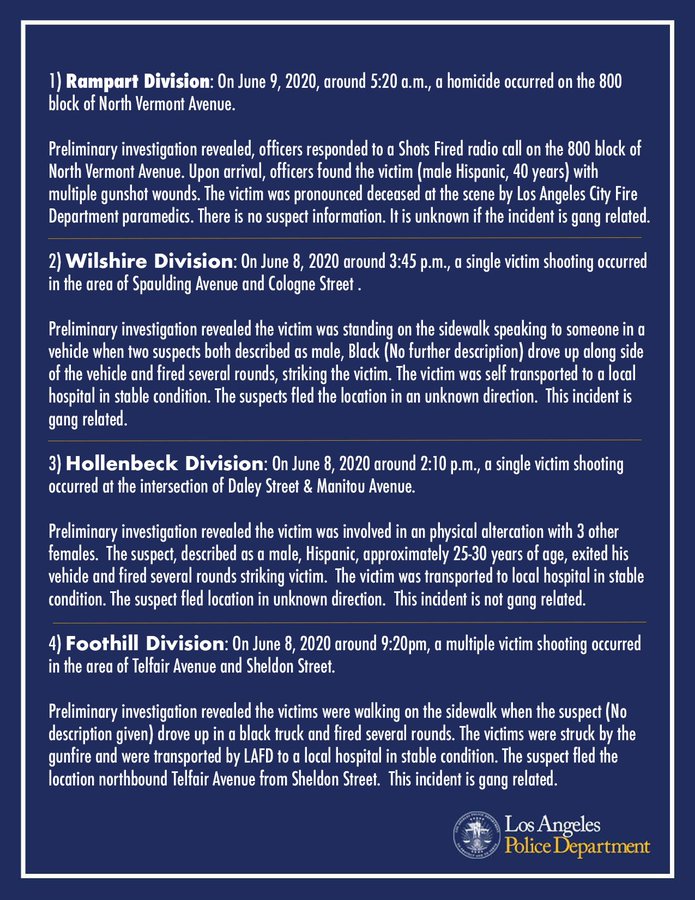