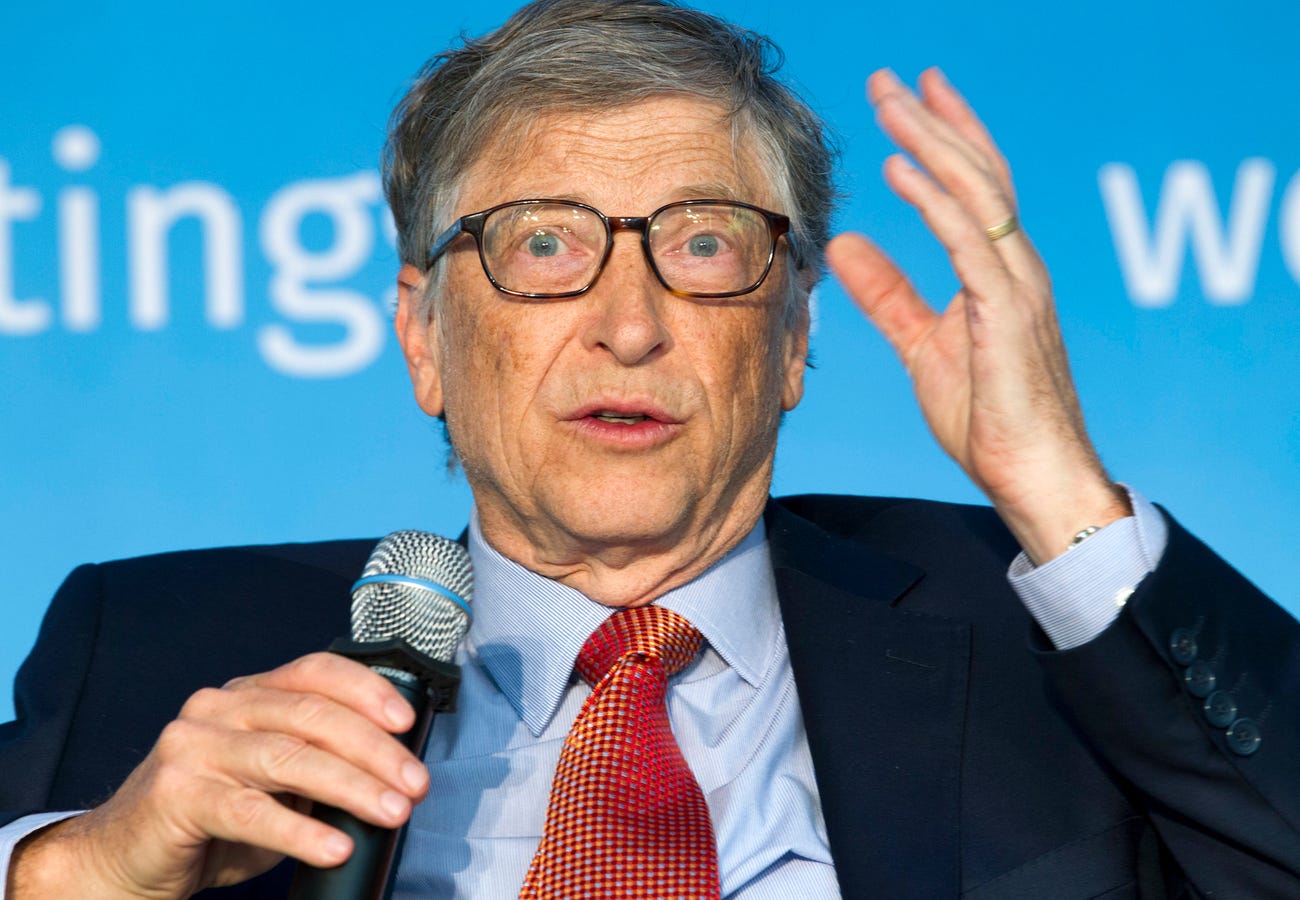 During a call with reporters on Wednesday, the billionaire philanthropist Bill Gates shrugged off baseless conspiracy theories about him being behind a plot to use vaccines to implant tracking microchips in people.

“I’ve never been involved any sort of microchip-type thing,” he said, adding, “It’s almost hard to deny this stuff because it’s so stupid or strange.”

Gates has for years sounded the alarm about the dangers of pandemics and urged world leaders, including Donald Trump in late 2016, to take stronger steps to prepare for one. He famously gave a TED Talk in 2015 that warned of the potentially staggering death toll of a worldwide pandemic.

Citing that talk and the Bill & Melinda Gates Foundation’s $300 million commitment to fight COVID-19 and develop a vaccine, some right-wing fringe groups and pundits began spreading misinformation online in January that Gates was somehow behind the virus’ creation and wanted to profit from it.

“It is good to know which kids have had a measles vaccine and which have not,” Gates said, adding that “there are needed systems” like health records to help healthcare workers identify who has been immunized — but that no microchips were involved whatsoever.

“Our foundation gets money to buy vaccines,” he said. “That’s why we saw the risk of a pandemic and spoke out.”

When asked about the poll, Gates said that he found it “a little bit concerning” but that it hadn’t prevented governments and other groups across the globe from funding efforts to develop a COVID-19 vaccine.

However, he did express some concern that when a vaccine is found, anti-vaccine sentiment could make it harder to reach herd immunity, or when enough of a population is immune to a pathogen that it prevents it from spreading further.

Gates also argued that when vaccines are ready to manufacture, they should be distributed first to countries with weaker healthcare infrastructure and where social distancing is less feasible. His foundation on Thursday announced an additional $1.6 billion pledge over the next five years to Gavi, the Vaccine Alliance, to immunize children in low-income countries.

“The world needs to work together to develop safe and effective vaccines and make sure that we scale up the manufacturing so we can get them out to those need them the most, not necessarily those who can pay the most,” he said.

Read More:Bill And Melinda Gates Foundation: Depopulation Agenda At Work- This Time Via Birth Control Microchip That Can Be Remotely Controlled

Read More:All In It Together: Famed Occultist Marina Abramovic Pairs Up With Microsoft To Promote ‘Art’ And Hololens