Many believe that ‘concrete action,’ in the words of former U.S. President Barack Obama, is code for bringing out the bricks, as in the stashes of construction-ready bricks conveniently placed near every major riot, in dozens of cities around the country.

Yesterday, Obummer tweeted that he had “pulled some resources together” to help young activists sustain the momentum by channeling their energy into “concrete action” — and the online world immediately knew what he was referring to.

Antifa rioters are being provided with stashes and caches of bricks and pavers showing up in cities all across America. Out of Wile E. Coyote’s playbook, the ‘Acme Bricks’ have been identified as the weapon of choice in the organized terrorist group’s seventh night of carnage.

The Texas company with manufacturing plants and sales offices all over the country is owned by guess who?  Warren Buffet’s Berkshire Hathaway and, his partner in getting billionaires to donate their fortunes to the Charity Industrial Complex, Mr. Vaccine, Bill Gates, who only recently left Acme’s board. The other big shareholder is The Chicago Marmon Group, a partnership between Berkshire Hathaway and founders Jay and Robert Pritzker, of the Hyatt Hotel fame, and a big backer of George Soros’s special PAC in 2014, used for arming the Baltimore riots the next year.

“Brick could have been my best investment ever,”  Warren Buffet even touts in advertising.

The piles of bricks are everywhere and Patriots around the country have noticed, the jig is up 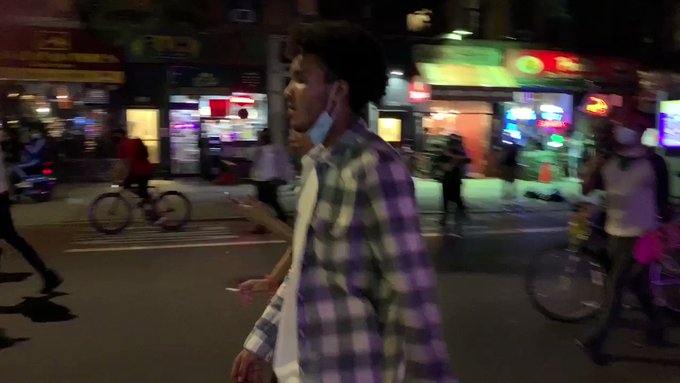 5,027 people are talking about this

It’s not a joke once the bricks are used as projectiles against American cops, dozens of whom have sustained major head injuries in the past week from the rioters.

On the legal side, Attorney General William P. Barr laid the “groundwork” to prosecute these brick throwers as domestic terrorists.

“With the rioting that is occurring in many of our cities around the country, the voices of peaceful and legitimate protests have been hijacked by violent radical elements.” He added, “Federal law enforcement actions will be directed at apprehending and charging the violent radical agitators who have hijacked peaceful protest and are engaged in violations of federal law.”

Columbus, Ohio police stopped a bus yesterday for obstruction of traffic. There was a suspicion of supplying riot equipment to rioters. Detectives followed up with a vehicle search and found bats, rocks, meat cleavers, axes, clubs and other projectiles. Charges are pending.

Read More:The Trail Of Blood On American Streets Leads To The Feet Of Soros And The Radical Left

Read More:Summer Of Political Unrest Will Tear The Fabric Of American Society