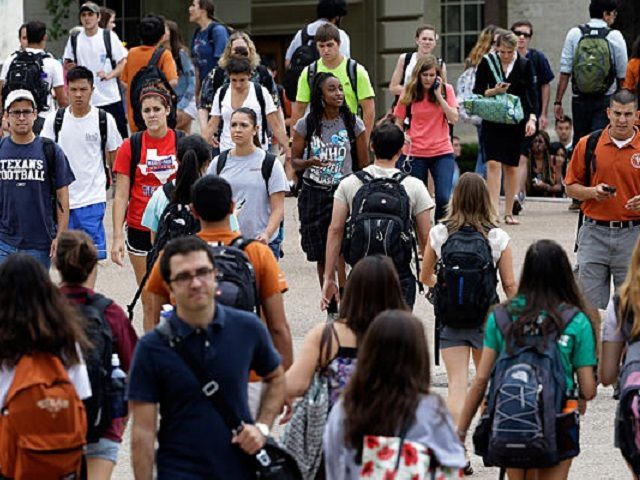 China launched its notorious social credit system last year to watch over its own citizens and mete out punishment based on personal behavior and loyalty to the Communist Party.

Now three prominent U.S. universities are using taxpayer money to create a similar type of surveillance network designed to monitor Americans and assign them scores based on their exposure to the Wuhan coronavirus.

Tech news outlet dot.LA recently reported that researchers at the University of Southern California, Emory University, and the University of Texas Health Science Center have received a federal grant to create a mobile app for contact tracing the novel coronavirus. The system will track a person’s real-time location and symptoms, and calculate a personal COVID-19 risk score.

USC’s Cyrus Shahabi, chair of the computer science department, told dot.LA that the universities hope to have a working mobile app by August, in time for the start of the fall semester. He said policymakers could use the system to warn the public to avoid hotspots of infection.

In other instances, people who have been assigned high personal risk scores might decide to stay home or get tested for COVID-19.

But the project, whose federal grant money comes from the National Science Foundation, has already raised red flags in terms of privacy and the potential for Big Brother-style abuse.

There needs to be “a careful balance or privacy protection with public health benefits,” Bennett Cyphers, a staff technologist with the Electronic Frontier Foundation, a nonprofit digital rights advocacy group, told dot.LA. “When you introduce ‘scoring’ that takes other factors into account, it complicates everything, and increases the risk that users will be misinformed or discriminated against due to factors beyond their control.”

The assigning of personal scores could also cause problems if an employer requires workers reveal them as a condition of receiving a benefit, entering a building, or returning to their office, Cyphers said.

China’s social credit system has blacklisted more than 13 million citizens as “untrustworthy,” according to a recent report from the state-run Global Times. The report did not say what these individuals did to land on the list, but the regime has revealed the system assigns a numerical score to every Chinese citizen based on how much the Communist Party approves of his or her behavior.

The system has also blocked 23 million Chinese citizens from traveling by train or plane.

Beijing announced the system in 2015 and launched it last year. The system essentially spies on citizens in virtually every aspect of daily life, both online and physically through facial recognition cameras.

Apple and Google announced this year that they are working on a separate Bluetooth application that will provide contact tracing of the coronavirus using smartphone location data.