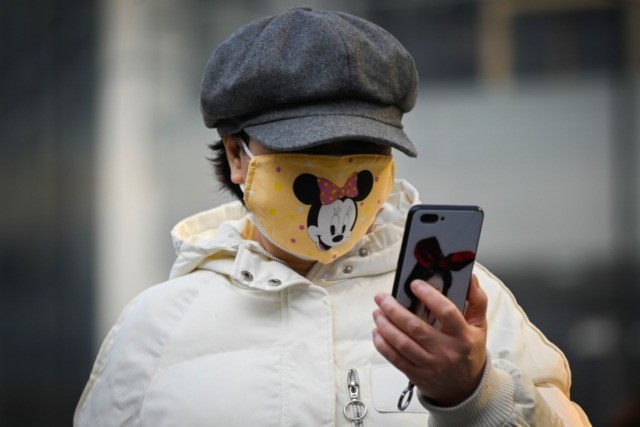 The opacity of the Chinese Communist government obliges responsible outside observers to look for clues to the truth of the coronavirus epidemic, instead of merely repeating official information without question.

The official count from China is 3,277 fatalities from 81,171 infections as of Tuesday, but the Epoch Times noted the troubling disappearance of some 21 million cell phone accounts in China over the past three months – an unprecedented decline that hints at more fatalities than Beijing is prepared to admit.

It should be stated at the outset that we should not be forced to read tea leaves to figure out what really happened in China, especially in the virus epicenter of Hubei province and the city of Wuhan, where Chinese officials are currently making claims of zero new infections that no one seriously believes. While more responsible governments issue troubling warnings of a second wave of infections, severe enough to prompt the re-imposition of quarantine procedures that were only recently lifted, China claims it has no second wave and all of its new coronavirus cases are imported.

With that in mind, the Epoch Times thought it was a bit odd for 21 million Chinese cell phones to abruptly disappear, given that cell phone usage has been increasing constantly in China for years, and phones have been touted as an important tool for containing the coronavirus epidemic:

China’s Ministry of Industry and Information Technology (MIIT) announced on March 19 the number of phone users in each province in February. Compared with the previous announcement, which was released on Dec. 18, 2019, for November 2019 data, both cellphone and landline users dropped dramatically. In the same period the year before, the number of users increased.

The article went on to postulate that some of the landlines might have been shut down as a consequence of the coronavirus quarantines, particularly lines used by shuttered business operations, but the sheer magnitude of the cell phone user decline makes it more difficult to explain. China Mobile, the nation’s largest carrier, reported gaining 3.7 million new accounts in December but then losing over 8 million in January and February, months in which it posted gains of 3.5 million users the previous year.

The Epoch Times considered several explanations for the loss of users, such as migrant workers who kept different cell phones for their home and work cities – necessary due to some of China’s regulations on phone service – abandoning the work phone because it was not needed during the quarantine period, or people generally canceling their phone service because they wanted to save money during the hard months.

On the other hand, the government is currently requiring citizens to use their cell phones to generate “health codes” so their movements can be tracked and permission to travel can be restricted to healthy individuals, so as U.S.-based commentator Tang Jiangyuan put it, it is effectively “impossible for a person to cancel his cellphone.”

“Dealing with the government for pensions and social security, buying train tickets, shopping … no matter what people want to do, they are required to use cell phones,” Tang noted.

The New York Times explained just how heavily Chinese authorities are leaning on those cell phones to monitor their population, and not just for coronavirus infections:

The Times’s analysis found that as soon as a user grants the software access to personal data, a piece of the program labeled “reportInfoAndLocationToPolice” sends the person’s location, city name and an identifying code number to a server. The software does not make clear to users its connection to the police. But according to China’s state-run Xinhua news agency and an official police social media account, law enforcement authorities were a crucial partner in the system’s development.

While Chinese internet companies often share data with the government, the process is rarely so direct. In the United States, it would be akin to the Centers for Disease Control and Prevention using apps from Amazon and Facebook to track the coronavirus, then quietly sharing user information with the local sheriff’s office.

The system, which relies on a unit of the immense Chinese e-commerce company Alibaba, assigns users a green, yellow, or red “health code” in the style of a traffic light. Predictably, Chinese citizens find the opaque system cryptic and frightening, since the government has not explained exactly how it works.

“In some cities, residents now have to register their phone numbers with an app to take public transportation,” the Times added.

At the beginning of March, the so-called Alipay Health Code system had been launched in the city of Hangzhou, expanded to 200 other cities, and was on its way to a complete nationwide rollout. The rollout ran into some hitches over the following weeks, from technical glitches to confusion caused by local governments adding their own health codes to the already intimidating system.

A correspondent writing for Bloomberg News on March 18 reported using the system and said it was in the process of being “rolled out nationwide at railway stations, restaurants, pharmacies, and more.” Other reports in China have noted how cell phones are ubiquitous there and are employed for everything from accessing public and commercial resources to telecommuting to school during the coronavirus lockdown.

With this in mind, it might not be completely impossible to get by in Chinese cities without a cell phone at the moment, but it seems unlikely that a huge number of citizens would choose this moment to get rid of their phones.

“Lacking data, the real death toll in China is a mystery. The cancellation of 21 million cellphones provides a data point that suggests the real number may be far higher than the official number,” the Epoch Times concluded.