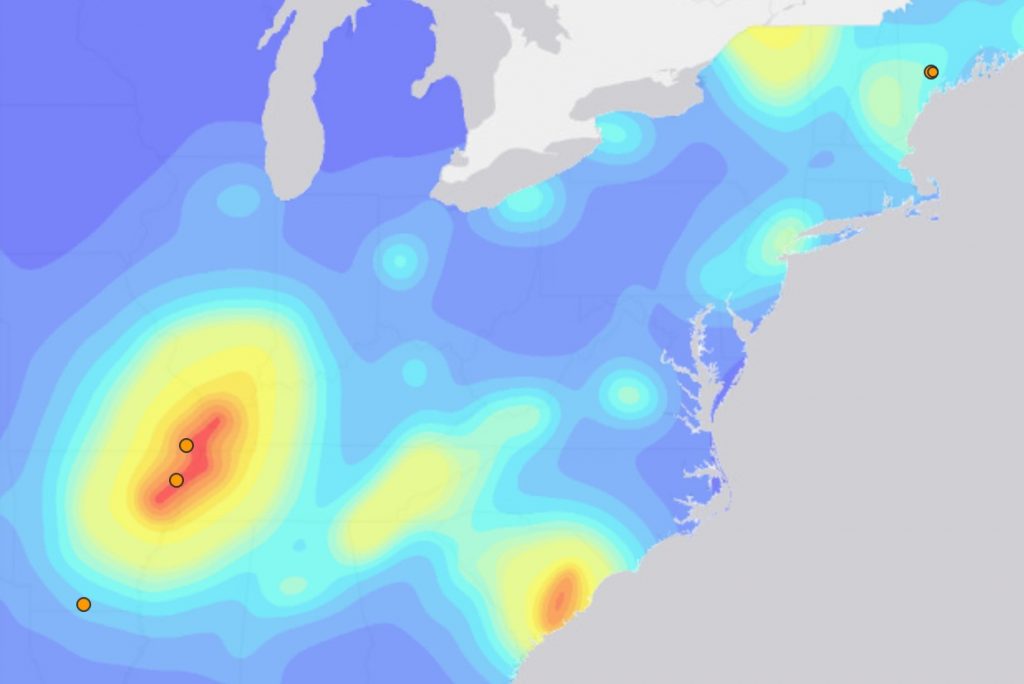 A few hours later, 3 other quakes hit within the New Madrid Seismic Zone

The New Madrid Fault is one of the most dangerous earthquake zone in the U.S. and is best known for its massive jolts in 1811-1812.

In comparison, there are no known geologically active fault zones in Maine. So when a quake hit, it’s quite a sensation!

Yesterday, both zones recorded minor but shallow tremors that were felt widely.

The two earthquakes were felt and heard by residents of Sabattus and nearby cities, around 6 p.m. on Sunday evening.

The depth of the strongest quake was just over 3 miles and this also the reason so many people felt it, despite its M2.2.

Maine sits in the middle of the North American Plate, which slightly moves every year. The motion puts stress on the entire crust of North America and when it is released, it creates some small earthquakes and rumbling noises like those people felt and heard around Sabattus, yesterday.

Just a few hours later, 3 minor and shallow earthquakes also rattle the New Madrid Fault. 2 right in the ‘red zone’ of the fault line and one a bit aside.

While those earthquakes aren’t extravagant at all, they just remind us that we are overdue for a giant eruption of this very active seismic fault zone. This means that a devastating ‘Big One’ could occur any time now. More earthquake news on Strange Sounds or Steve Quayle. [News Center Maine]