Hundreds of dead birds fell from the sky as reported by a driver on the C-31b highway in Catalonia.

Environmentalists speak from a chemical leak in the atmosphere or mass poisoning as residents also reported a strong chemical smells in the air during the mass die-off. What about 5G? 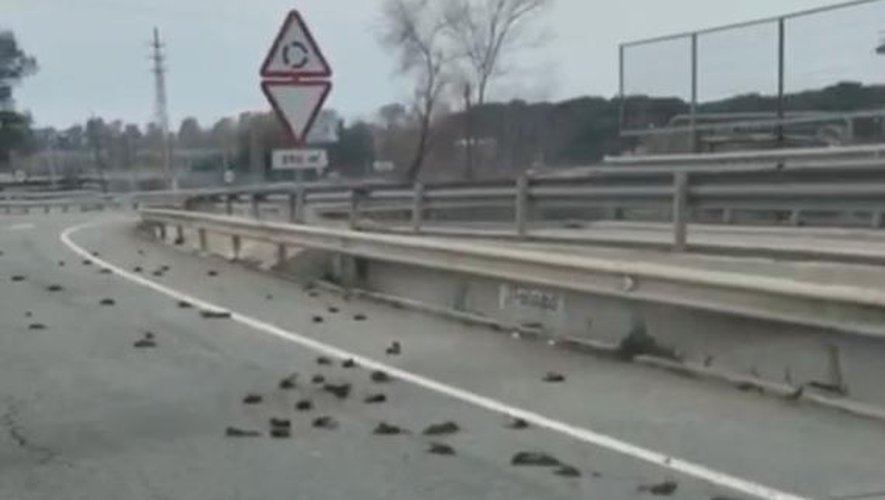 Once in a while, animals fall from the sky. It may be fish and other sea organisms in a coastal city and even meat in the U.S.. But most of the time, we are assisting to mass bird die-offs due to increasing air pollution, chemical spraying and new technologies such as 5G.

The latest massive bird kill occurred on the C-31b highway in Tarragona in Catalonia, where a local resident aboard his car was able to record what happened to be hundreds of dead birds, that had fell from the sky, covering the road.

The strange discovery directly caught the attention of an environmental group known as the ‘Grup d’Estudi i Protecció dels ‘ Ecosistemes Catalans-Ecologistes de Catalunya (GEPEC)’, as residents in the area reported a strong chemical smell in the air at the same time of the tragic sighting.

There are different theories about the tragic event.

The group of Catalan environmental experts (GEPEC) suggests the hundreds of starlings were killed by a chemical leak in the atmosphere or mass poisoning since the event occurred very close to the Tarragona chemical plant, where a serious explosion took place on January 14.

Of course, police officials have another theory and believe the starlings were flying too low and hit vehicules. I really doubt it!

Finally, others draw a parallel with the hundreds of birds found dead around a UK hospital and the Nascar Hall of Fame building in the USA during tests of new 5G antenna.

Catalonia’s officials are currently analysing some carcasses to exactly pinpoint how hundreds of birds fell dead from the sky on this highway near Barcelona, a new open test laboratory for 5G. More apocalyptic headlines on Strange Sounds and Steve Quayle. [LaVanguardia]