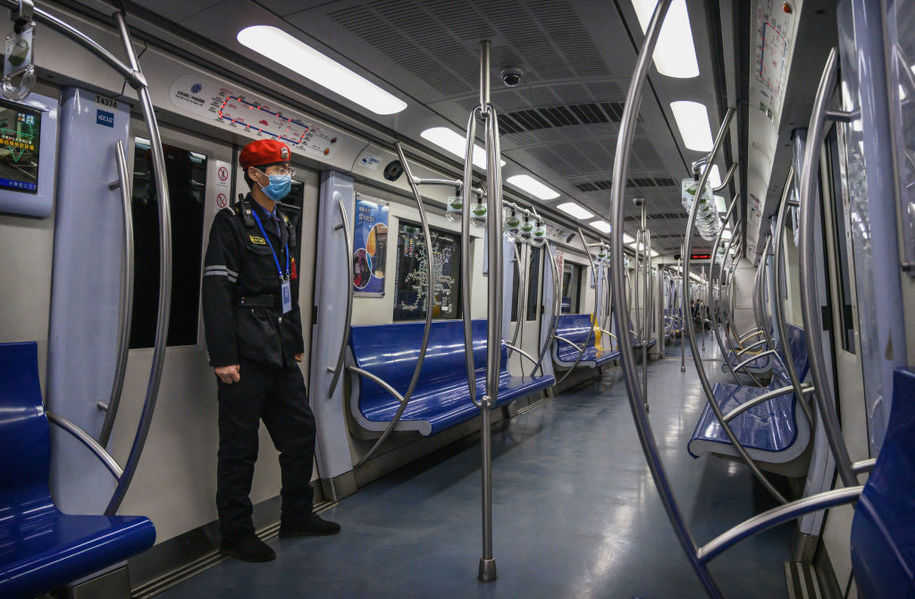 On Friday, the CDC latest risk assessment indicated that the 2019-novel coronavirus epidemic was unlikely to be contained before the end of 2020. That was one of several gloomy predictions in the last 48 hours, as the number of cases in China continues to grow and totals tick up slowly, but seemingly inexorably, in countries like Japan and Singapore.

And then there was this statement from a Harvard epidemiologist in a Wall Street Journal article. “I think it is likely we’ll see a global pandemic. If a pandemic happens, 40% to 70% of people world-wide are likely to be infected in the coming year.” That statement is … well, pretty terrifying. It’s also backed by some terrifying math, including the idea that not only are the number of cases being reported in China only 10% of the real total, but that cases outside of China might only represent 25% of what is really happening.

And, unfortunately, we have a floating experiment that may prove they are right.

When looking at cases outside China, the first location that becomes an obvious red flag is Japan. Official tallies list only 49 cases, but that number seems to be excluding four cases that have, so far, been asymptomatic, as well what is now 285 people aboard the Diamond Princess cruise ship. But even disregarding the ship and the over 3,000 people still waiting for some resolution, there has been a steady drumbeat of additional cases in Japan. That includes 8 cases in a single day from Tokyo, at least some of which are connected to a taxi driver who attended a party with nearly 100 guests. The number of secondary and tertiary infections in Japan, unrelated to someone who had been in China, is seriously concerning.

But Japan is about to get some relief, as American passengers are going to be removed from the Diamond Princess in the next couple of days and flown on chartered flights straight into quarantine in the states. More details on that operation when they’re available. One issue: only those passengers who have tested negative for coronavirus will be allowed on the flights. And they have to be tested for a good reason—at least half of those who have tested positive for coronavirus on the ship have had no symptoms.

This is a reversal of what’s happening in most areas “in the wild,” where people demonstrate symptoms, are tested, and cases are tallied. The situation on the Princess involves people who are being tested, despite not having symptoms, and many of them are still found to be carrying the virus. That’s a big boost to the “lots of undetected cases” theory. Not only are there people whose symptoms are mild enough they may not be reported, there are apparently a sizable number with essentially no symptoms at all. What’s not clear — how great a threat these asymptomatic cases remain for passing COVID to others.

Other areas with similar numbers of cases have also had some bursts of cases. Singapore reported new new cases over night, but on February 14 they had 9 cases come in, most of them related to a church that has now been connected with 13 cases.  With 67 cases, they’re right with Japan in terms of developing new epicenters outside of China. Though if you wanted to pick two spots to combat an infection—it would be hard to do better than Japan and Singapore.

There’s been some concern expressed in comments about travel between China and Africa, as Chinese companies have made a major play for both African resources and infrastructure projects over the last year. On Friday, Africa had it’s first reported case of COVID-19, with the Egypian ministry of health reporting that a “foreign person” had tested positive for the virus and would be in “self-imposed” isolation for 14 days. It sounds as if this person is being trusted to simply stay at their own residence … which seems a tad concerning, but the situation may not be quite what I’m getting translating the Facebook page of the ministry.