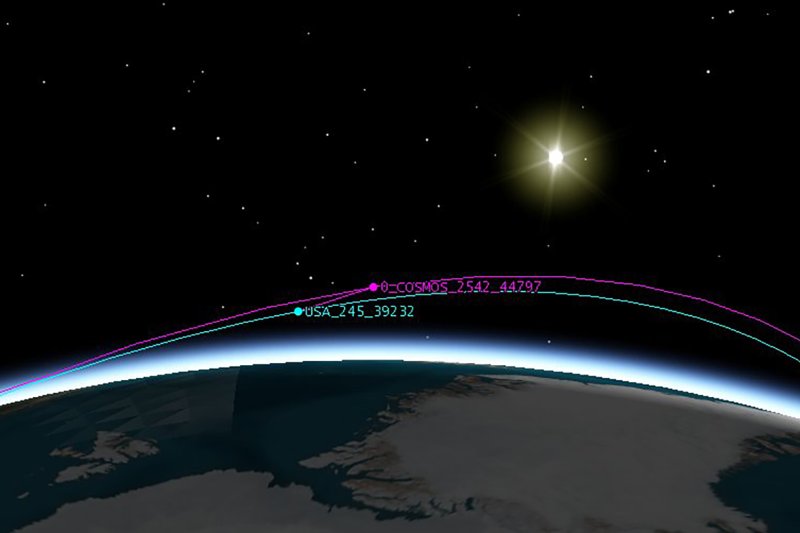 Gen. John “Jay” Raymond, commander of the newly minted U.S. Space Force, says the Russian spacecraft began maneuvering toward the American satellite shortly after being launched into orbit in November, at times creeping within 100 miles of it. “We view this behavior as unusual and disturbing,” Raymond says. “It has the potential to create a dangerous situation in space.” Raymond says the U.S. government has expressed concern to Moscow through diplomatic channels.

The confrontation marks the first time the U.S. military has publicly identified a direct threat to a specific American satellite by an adversary. The incident parallels Russia’s terrestrial encounters with the U.S. and its allies, including close calls between soldiers, fighter jets and warships around the world. Observers worry that space is now offering a new theater for unintentional escalation of hostilities between the long-time adversaries.

Pentagon, White House and Congressional backers, say the incident demonstrates the need for the Space Force, which President Donald Trump established in December when he signed the National Defense Authorization Act into law. It became the first new military service since the Air Force was created in 1947.

The Space Force, for which the White House is requesting $15 billion in this week’s budget proposal, represents a strategic shift from passively operating and observing satellites to actively defending them. Space warfare doctrine remains a work in progress, but Raymond has spoken about the need to mobilize Space Command against perceived threats because other nations, especially Russia and China, have become increasingly sophisticated at building arsenals of lasers, anti-satellite weapons and state-of-the-art spacecraft designed to render the U.S. deaf, mute and blind in space.