A strange video was posted on Instagram showing flames rising from cracks out of the ground in the Temryuk region, Russia.

It is until very recently that we exactly know what is behind this weird phenomenon. 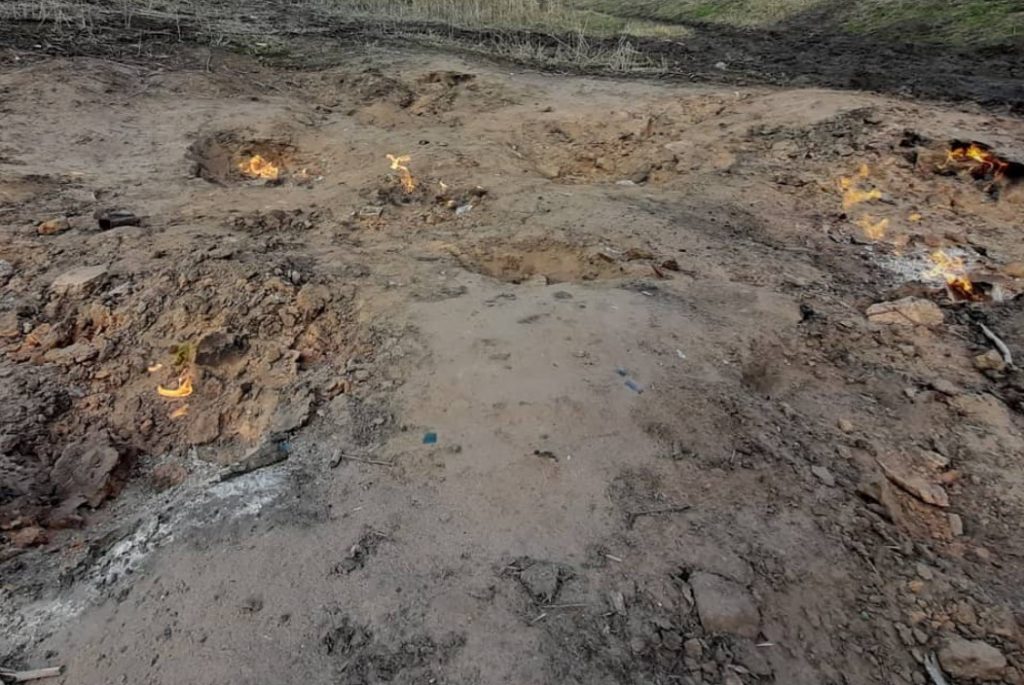 Have you ever witnessed flames coming out of the ground? You probably all know the existence of eternal underground fires, but flames rising out of the ground, no way! Actually, this is exactly what happened to Evelina Razinkova as she and her family were wandering around Svetly Put, a small village in the Temryuk region of Russia.

It’s most probably natural gas. And that natural gas has been set on fire.

One of the most impressive and vivid example is the Door To Hell, situated in the desert of Turkmenistan. it was a large gas-mining camp that fell entirely into a massive sinkhole, that is burning and will burn until the natural gas reserve is left in smoke. Another example is Mount Chimera in Turkey.

A year ago, a large reservoir of gas that had accumulated over time in Krymsk exploded, destroying roads, fields and damaging houses. So it’s probably better when the gas is coming out of the ground in the form of flames… Find similar geology headlines on Strange Sounds and Steve Quayle. [Instagram, Yuga]