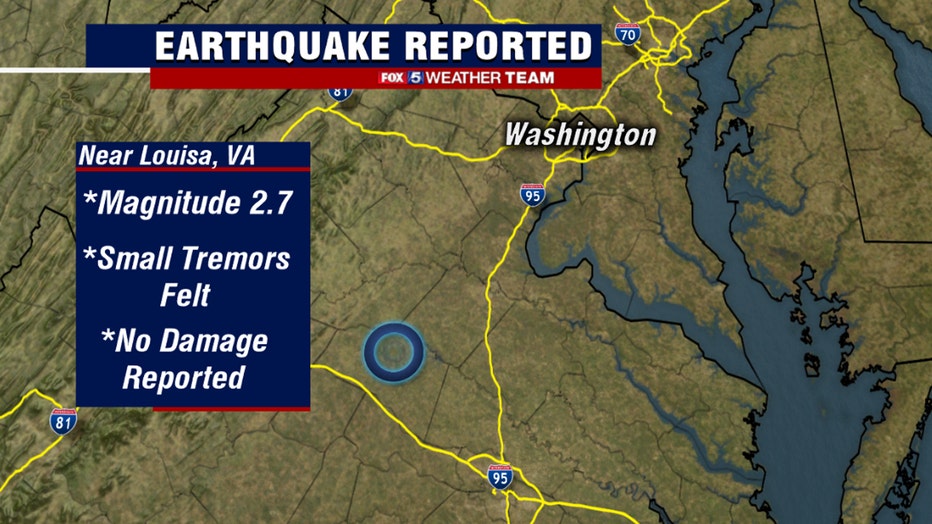 The quake was reported about 5 miles south of Louisa in central Virginia around 5 a.m. Monday.

According to the USGS website, over 100 reports from people who felt the quake were reported. Most were in and around the Louisa area but tremors were also reportedly felt in the Culpeper and Richmond areas. No damage has been reported. Louisa is about 100 miles south of Washington, D.C.

An unusually strong magnitude 5.8 earthquake struck central Virginia in 2011. The epicenter of that quake was in Mineral, Virginia, which is about 80 miles from the nation’s capital.The 2011 quake caused evacuations in the D.C. region. After the quake, cracks were found in the Washington Monument and damage was reported at the Washington National Cathedral.