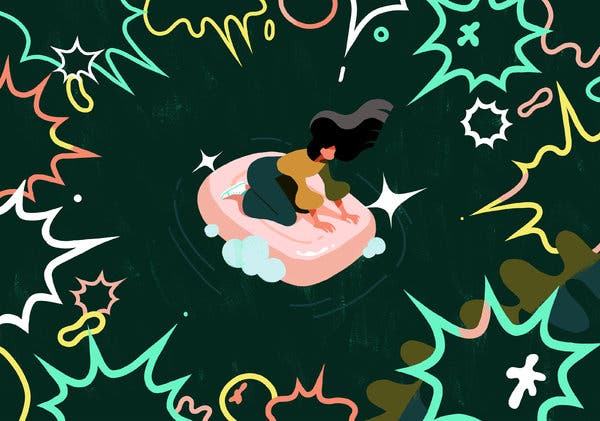 Americans are watching with alarm as a new coronavirus spreads in China and cases pop up in the United States. They are barraged with information about what kinds of masks are best to prevent viral spread. Students are handing out masks in Seattle. Masks have run out in Brazos County, Tex.

I’ve worked as an emergency room physician. And as a New York Times correspondent in China, I covered the SARS outbreak in 2002 and 2003 during which a novel coronavirus first detected in Guangdong sickened more than 8,000 people and killed more than 800. My two children attended elementary school in Beijing throughout the outbreak.

Here are my main takeaways from that experience for ordinary people on the ground:

2. Don’t go to the office when you are sick. Don’t send your kids to school or day care when they are ill, either.

Notice I didn’t say anything about masks. Having a mask with you as a precaution makes sense if you are in the midst of an outbreak, as I was when out reporting in the field during those months. But wearing it constantly is another matter. I donned a mask when visiting hospitals where SARS patients had been housed. I wore it in the markets where wild animals that were the suspected source of the outbreak were being butchered, blood droplets flying. I wore it in crowded enclosed spaces that I couldn’t avoid, like airplanes and trains, as I traveled to cities involved in the outbreak, like Guangzhou and Hong Kong. You never know if the guy coughing and sneezing two rows ahead of you is ill or just has an allergy.

But outdoors, infections don’t spread well through the air. Those photos of people walking down streets in China wearing masks are dramatic but uninformed. And remember if a mask has, perchance, intercepted viruses that would have otherwise ended up in your body, then the mask is contaminated. So, in theory, to be protected maybe you should use a new one for each outing.

The simple masks are better than nothing, but not all that effective, since they don’t seal well. For anyone tempted to go out and buy the gold standard, N95 respirators, note that they are uncomfortable. Breathing is more work. It’s hard to talk to people. On one long flight at the height of the outbreak, on which my few fellow passengers were mostly epidemiologists trying to solve the SARS puzzle, many of us (including me) wore our masks for the first couple of hours on the flight. Then the food and beverage carts came.

Though viruses spread through droplets in the air, a bigger worry to me was always transmission via what doctors call “fomites,” infected items. A virus gets on a surface — a shoe or a doorknob or a tissue, for example. You touch the surface and then next touch your face or rub your nose. It’s a great way to acquire illness. So after walking in the animal markets, I removed my shoes carefully and did not take them into the hotel room. And of course I washed my hands immediately.

Remember, by all indications SARS, which killed about 10 percent of those infected, was a deadlier virus than the new coronavirus circulating now. So keep things in perspective.

Faced with SARS, many foreigners chose to leave Beijing or at least to send their children back to the United States. Our family stayed, kids included. We wanted them with us and didn’t want them to miss school, especially during what would be their final year in China. But equally important in making the decision was that the risk of getting SARS on an airplane or in the airport seemed greater than being smart and careful while staying put in Beijing.

And we were: I stopped taking my kids to indoor playgrounds or crowded malls or delicious but densely packed neighborhood Beijing restaurants. Out of an abundance of caution we canceled a family vacation to Cambodia — though my fear was less about catching SARS on the flight than that one of the kids would have a fever from an ear infection upon our return at a border screening, and would be stuck in a prolonged quarantine in China. We instead took a vacation within China, where we carried masks with us but didn’t use them except on a short domestic flight.

In time, during the SARS outbreak, the government shut down theaters and schools in Beijing, as it is doing now in many Chinese cities because these viruses are more easily transmitted in such crowded places.

But there was also a lot of irrational behavior: Entering a village on the way to a hike near the Great Wall, our car was stopped by locals who had set up a roadblock to check the temperature of all passengers. They used an oral thermometer that was only minimally cleaned after each use. What a great way to spread a virus.

The International School of Beijing, where my children were students, was one of the few in the capital — perhaps the only one — that stayed open throughout the SARS outbreak, though the classes were emptier, since so many kids had departed to their home countries. It was a studied but brave move, since a parent at the school had gotten SARS at the very beginning of the outbreak on a flight back from Hong Kong. She recovered fine, but it was close to home and families were scared.

The school instituted a bunch of simple precautionary policies: a stern note to parents reminding them not to send a child to school who was sick and warning them that students would be screened for fevers with ear thermometers at the school door. There was no sharing of food at lunch. The teacher led the kids in frequent hand washing throughout the day at classroom sinks, while singing a prolonged “hand washing song” to ensure they did more than a cursory pass under the faucet with water only.

If a family left Beijing and came back, the child would have to stay at home for an extended period before returning to class to make sure they hadn’t caught SARS elsewhere.

With those precautions in place, I observed something of a public health miracle: Not only did no child get SARS, but it seemed no student was sick with anything at all for months on end. No stomach bugs. No common colds. Attendance was more or less perfect.

The World Health Organization declared the SARS outbreak contained in July 2003. But, oh, that those habits persisted. The best first-line defenses against SARS or the new coronavirus or most any virus at all are the ones that Grandma and common sense taught us, after all.