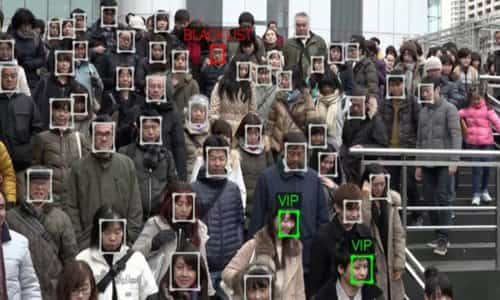 China wants to give its prisoners (populace) the ability to pay with their faces to ride subways; this will be combined with its social credit program — which already tracks the communist nation’s citizens traveling — and if points are too low, it prevents travel.

The new program, which must have been assembled from George Orwell’s apparent instruction manual 1984, is slowly rolling out throughout China in several cities, The Standard reported.

In Shenzhen, China, home of OnePlus, Huawei and internet giant Tencent, the city has released a new government system for elderly Chinese. This new program will allow residents of China over the age of 60 to register for free subway rides, using just their face as their ticket.

If you think this is just a one-off, you would be utterly wrong. This form of facial recognition is already being experimented in other cities including Jinan, Shanghai and Nanjing according to the South China Morning Post.

China is planning to merge its 170+ million security cameras with artificial intelligence and facial recognition technology to create a mega-surveillance state. This compounds with China’s “social credit system” that ranks citizens based on their behavior, and rewards and punishes depending on those scores.

The effort of using facial recognition as a ticket — especially as an incentive — is spreading across the world, starting with entertainment concert venues which Fight For The Future and dozens of artists strongly oppose as Activist Post reported.

That’s not all — even retail is pushing to forcefully indoctrinate society to use facial recognition technology as an anti-theft mechanism to be introduced in a thousands of stores using biometric software FaceFirst to build a database of shoplifters, as Activist Post reported.

Lately, BIG brother has been pushing the use of surveillance technology, from Amazon helping law enforcement with its Facial Rekogntion software, DHS wanting to use it for border control, to the Olympics wanting to use the tech for security.

Further, some of the biggest airports in the U.S. — estimated at 16 airports across the nation — are now scanning us as we board international flights. CBP (Customs And Border Patrol) expects to scale up the program to cover more than 97 percent of passengers flying outside of the U.S. by 2021 according to NextGov.

It’s all a part of U.S. President Donald Trump’s “Biometric Exit” agenda, which was originally signed into law under the Obama administration, BuzzFeed News reported.

In 2017, Homeland Security clarified their position on domestic spying stating that Americans who don’t want their faces scanned leaving the country “shouldn’t travel.”

“The only way for an individual to ensure he or she is not subject to collection of biometric information when traveling internationally is to refrain from traveling,” the DHS wrote in a document.

This nightmarish reality if it comes to fruition will see everyone scrutinized and their bio identics in numerous government databases. This would allow anyone access to our biometrics at any single point in time, whether that’s our fingerprints, face, voice, or financial purchases for advertisers.

If that wasn’t bad enough, Chinese scientists have recently developed an artificial intelligence (AI) enabled 500 megapixel cloud camera that’s capable of panoramic capture of an entire stadium with the ability to target a single individual in an instant, Global Times reported.

The upgrade to facial recognition technology is developed by Shanghai-based Fudan University and Changchun Institute of Optics, Fine Mechanics and Physics of Chinese Academy of Sciences in Changchun, capital of Northeast China’s Jilin Province.

Fudan University and Changchun Institute of Optics aren’t the first researchers to advance facial recognition. There is also Shanghai-based YITU Technology which has evolved the facial recognition industry by being able to identify a person within a matter of seconds from a database of people, even if only their partial face is visible, CNBC reported.

The evolution of facial recognition technology is further documented by researchers at the University of Bradford have found that “facial recognition technology works even when only half a face is visible,” according to EurekAlert. Although, this upgraded technology hasn’t been tested by police to this writer’s knowledge, and let’s hope that it never is, for if it does civil liberties and privacy will cease to exist.

If Americans aren’t careful we will soon have the same surveillance state and facial recognition dystopia that Chinese citizens now have in 2020.

Already, facial recognition cameras are being suggested to be installed in subways, trains and bus stations like recently in New York. Earlier this year, the head of the MTA’s finance committee, Larry Schwartz, called for the installation of surveillance cameras and facial recognition technology to catch and deter criminals.

Although, the Chinese have gotten a head start on everyone with their social credit program that is already being flaunted in the U.S. and its world-famous Chinese Firewall preventing its populace from speaking out, arresting dissidents, imprisoning Muslim Uygurs aided by big tech like Google.

Privacy advocate groups, attorneys, and even more recently Microsoft, which also markets its own facial recognition system, have all raised concerns over the technology, pointing to issues of consent, racial profiling, and the potential to use images gathered through facial recognition cameras as evidence of criminal guilt by law enforcement.

“We don’t want to live in a world where government bureaucrats can enter in your name into a database and get a record of where you’ve been and what your financial, political, sexual, and medical associations and activities are,” Jay Stanley, an attorney with ACLU, told BuzzFeed News about the use of facial recognition cameras in retail stores. “And we don’t want a world in which people are being stopped and hassled by authorities because they bear resemblance to some scary character.”

Meanwhile in the UK, YouGov carried out Britain’s first national survey on public opinion regarding the use of facial recognition tech by the Ada Lovelace Institute. The institute found that, out of 4,109 adults aged over 16 questioned on the opinions of the technology — a massive 55 percent said they wanted the UK government to impose restrictions on the tech.

On the other side of the hemisphere, another national survey in the U.S. of 3,151 U.S. adults in December take by the Center for Data Innovation, found only one in four Americans believe the federal government should strictly limit the use of facial recognition biometrics technology.

The survey also indicated Americans are more likely to support a trade-off to their own privacy caused by biometric technology if it benefits law enforcement, reduces shoplifting or speeds up airport security lines.

Only 18 percent of those polled stated they agreed with strict limitations on facial recognition tech if it comes at the expense of public safety, compared to 55 percent who disagreed with such limitations.

However, a poll from the Brookings Institution in September 2018 contradicts that and found half of Americans favored limitations of the use of facial recognition by law enforcement, while 42 percent felt it invaded personal privacy rights.

There is still hope for Americans with Congressmen being opposed to the use of the technology and calling for a “halt” of its deployment. However, despite Congressional hearings on the matter police departments across the U.S. like Detroit have decided to go forward with a facial recognition program for police. The program has already drawn severe blowback with activists protesting the decision.

Already, we have had several wins in this long fight and there are signs of hope. First, San Francisco banned facial recognition technology being used by the government in May of last year, then Somerville, Massachusetts, and Oakland, California followed suit.

The rapid growth of this technology has triggered a much-needed debate to slow down the roll out. Activists, politicians, academics and even police forces all over the world are expressing serious concerns over the impact facial recognition could have on our society.

Several lawmakers have even chimed in to voice concerns about Amazon’s facial recognition software, expressing worry that it could be misused, The Hill reported.

Congress under the House Oversight Committee recently held a bipartisan discussion on the issue of regulating the use of facial recognition technology and biometric cameras.

House Oversight Committee Chairman Elijah Cummings (D-Md.) said, “there are virtually no controls …. Whatever walk of life you come from, you may be a part of this [surveillance] process.”

The committee’s top Republican Rep. Jim Jordan (R-Ohio.) also expressed “It’s time for a time out” on government use of the surveillance technology.

Fight For The Future has previously launched a first-of-its-kind interactive map that tracks where in the U.S. facial recognition technology is being used and where it is being resisted, along with a tool-kit for local activists who want to help kickstart a ban in their city or state, as Activist Post reported.

Consent to be identified by the government whenever and wherever we go is approval to have the government decide whether, when, and where we are allowed to travel like China. Making our faces be our travel card is put bluntly: a very dangerous precedent to allow.

We can’t change our facial structures, all of a sudden you could find yourself being blocked from services just because the government doesn’t like you or your politics.

If all else fails, I suppose we could all use anti-facial recognition lasers like the protesters in Hong Kong did to disrupt the systems. At least until the artificial intelligence evolves to the point which even George Orwell couldn’t have imagined.