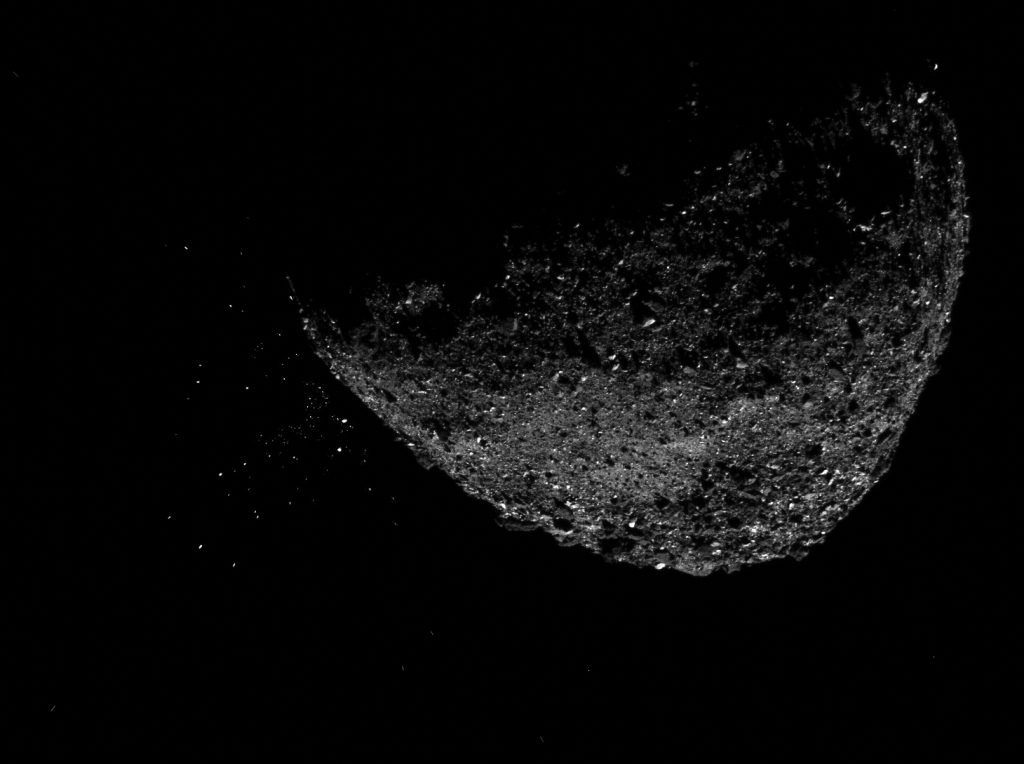 Some large rocks are being ejected from the surface of Bennu, a carbon-rich asteroid flying between Mars and Jupiter.

NASA’s OSIRIS-REx spacecraft took off the Cape Canaveral Air Force Station three years ago and reached Bennu, a dark, round, carbon-rich asteroid measuring less than 500 meters in diameter in Dec. 2018.

The main goal of this space mission is to bring back a sample of the asteroid whose composition has remained more or less the same since it formed.

OSIRIS-REx has observed Bennu ejecting large pieces of rocks from its surface. The cameras on the spacecraft three eruptions during which 3 feet large chunks of asteroid were ejected into space.

Even more intriguing is that most of these ejected rocks are now behaving like small satellites, orbiting all around Bennu. All new small moons have different orbits, showing that material eruptions occur all around the surface of the parent asteroid.

Scientists are investigating that new mystery for the last several months. They have now published their first results in Science.

Possible theories to explain the strange phenomenon include:

This is the first time that we can observe an active asteroid so closely. But OSIRIS-REx will leave Bennu long before debunking the mystery behind these ejections… [Science]