The Earth’s magnetic field protects us from the solar wind by deflecting the charged particles. 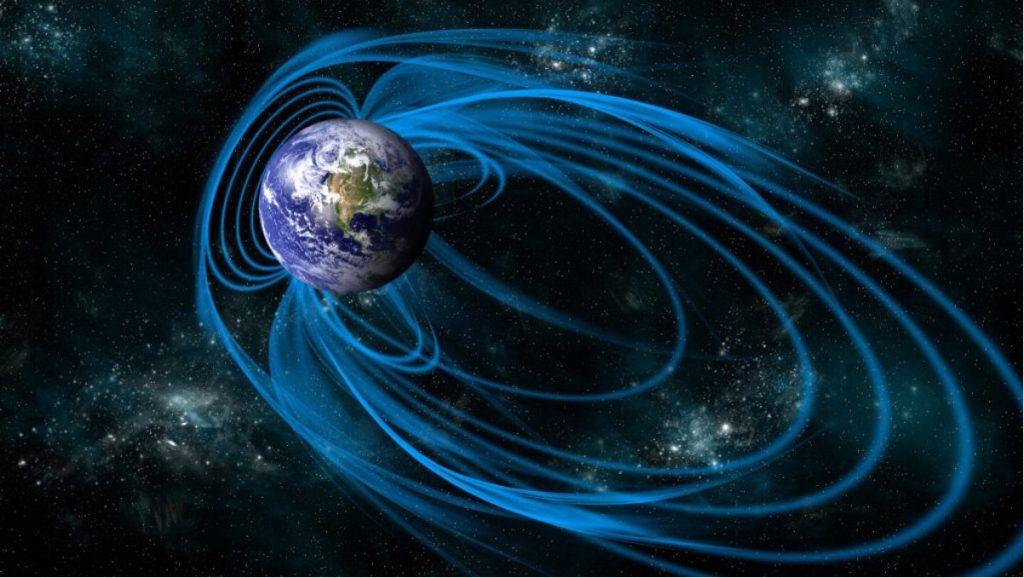 And according to new data, the Earth’s magnetic north pole, which has been wandering faster than expected in recent years, has now crossed the prime meridian.

The Earth’s Magnetic North is moving from its previous home in the Canadian Arctic toward Siberia at a rate of about 34 miles (55 kilometers) a year over the past two decades. And this movement will continue, though likely at a slower rate of 25 miles (40 km) each year, as shown in the latest data.

Why is Earth’s magnetic north drifting?

Earth’s magnetic field is produced by the churning of the planet’s iron outer core, which produces a complex, but largely north-south magnetic field.

For reasons not entirely understood but related to the planet’s interior dynamics, the magnetic field is currently undergoing a period of weakening. That’s why magnetic north is drifting.

Scientists release a new version of the World Magnetic Model every five years, so this 2020 update was expected.

The 2020 model shows the “Blackout Zone” around magnetic north where compasses become unreliable and start to fail because of the proximity of true north.

The new maps also show magnetic north east of the prime meridian, a boundary the pole crossed in September 2019.

The prime, or Greenwich, meridian is the meridian that was set as the official marker of zero degrees, zero minutes and zero seconds in 1884. It runs through the Royal Observatory at Greenwich in England.

In February 2019, though, they had to release an update ahead of schedule due to the fast clip of magnetic north’s movements.

It’s currently unclear whether Earth’s magnetic poles are headed for a flip-flop — switching north and south — or whether the magnetic field will soon strengthen again.

Both events have happened in Earth’s history without any notable effect on biology.

However, modern navigation systems rely on magnetic north and will have to be recalibrated as the poles continue to wander.

The World Magnetic Model is used to calibrate GPS and other navigation measurements. For example, airports have already had to rename some of their runways, which have names based on compass directions. [LiveScience]

Read More:PROOF: We WILL Experience A Magnetic Pole Reversal, And It Is Being Illustrated Through The Molten Blobs In Pacific And Under African Continent

Read More:Science Explains ‘Jerking’ In Earth’s Magnetosphere Being Caused By Turbulent Core: Well, That Isn’t Wrong, But What Is Causing Core Turbulence?

Read More:Science Explains What Will Happen When Magnetic Poles Flip

Read More:More Correlation Between Changes In The Earth’s Core And Electromagnetic Changes In Our Atmophere: 109,000 Lightning Strikes In One Day Preceding Volcanic Eruption