THE POPE could resign in 2020, in what would be the final piece of a 900-year-old prophecy marking the end of the world, according to a source close to the Vatican leader.

The 83-year-old became head of the Catholic Church in 2013, following the resignation of Pope Benedict XVI – a controversial move and the first of its kind in more than 500 years. However, a source close to the Pope claimed in 2013 that he would only serve for seven more years, stating he would follow in the footsteps of his predecessor as resign in 2020, treading the path for an ancient prophecy to be fulfilled. Journalist Austen Ivereigh is the former Director for Public Affairs of the previous Archbishop of Westminster, Cardinal Cormac Murphy-O’Connor and works closely with the Vatican.

“He made clear from the beginning that he regarded Pope Benedict’s (XVI) act as a prophetic act of great modesty and he would have absolutely no problem in doing the same.

“What was interesting was he said to Mexican television in 2014 that he believed that he would have a short papacy of about five years.

“Now. given that he was elected in March 2013, then in 2017, he would have considered stepping down if nature hadn’t intervened. 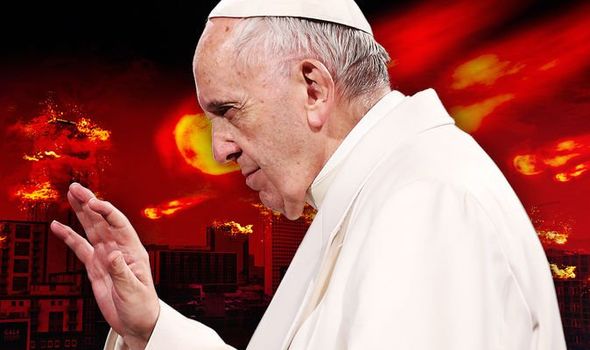 The Pope retiring could apparently mark the apocalypse (Image: GETTY) 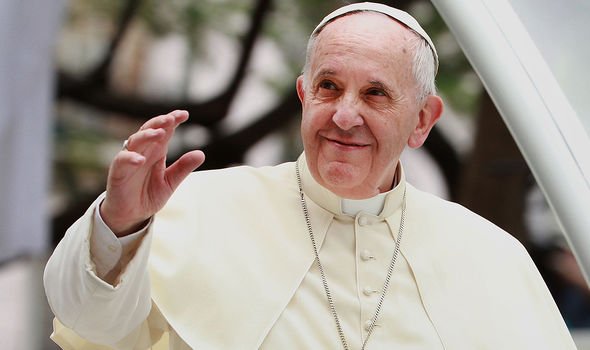 Pope Francis is the current leader of the church (Image: GETTY)

“But, what I’m hearing now from people close to him is that he’s going to need seven years to achieve his five-year plan and that, of course, would mean staying on until 2020.”

The revelation will no doubt put some Christians on the edge of their seats, as it could apparently fulfil a 900-year-old prophecy made by 12th-century Archbishop Saint Malachy.

In 1139, Malachy went to Rome from Ireland to give an account of his affairs, when he reportedly received a strange vision about the future, including the names of 112 future Popes.

His prediction concerning the 111th pope, Pope Benedict XVI, was “Gloria Olivae,” which means “the glory of the Olive”.

The Order of Saint Benedict is also known as the Olivetans, which many claim makes Malachy’s prophecies correct.

READ MORE: Why Pope Francis ‘could mark doomsday after prophesied sign from above’ 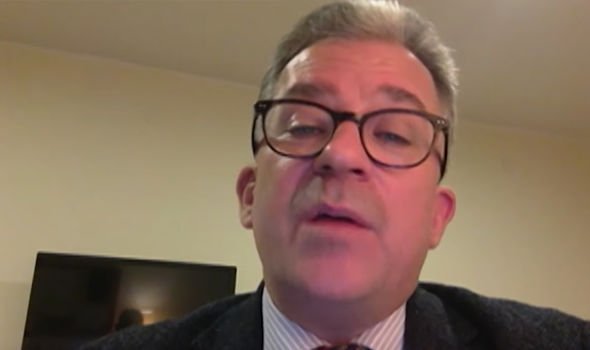 Journalist Austen Ivereigh is the former Director for Public Affairs of the previous Archbishop (Image: YOUTUBE)

However, his prediction for the 112th and current pope, Francis, is far more chilling.

It reads: “In the final persecution of the Holy Roman Church there will reign Peter the Roman, who will feed his flock amid many tribulations, after which the seven-hilled city will be destroyed and the dreadful Judge will judge the people. The End.”

The father of the current pope was Pietro, or Peter, and was from Italy even though the family moved to Argentina.

However, Mr Ivereigh said that the Pope is not concerning himself with the length of his term.

He added: “He knows he is in the hands of God and so none of this is predictable. 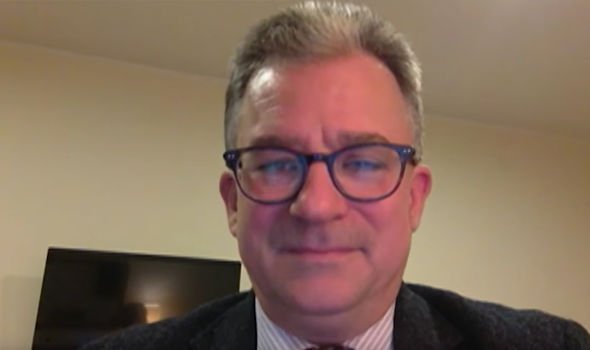 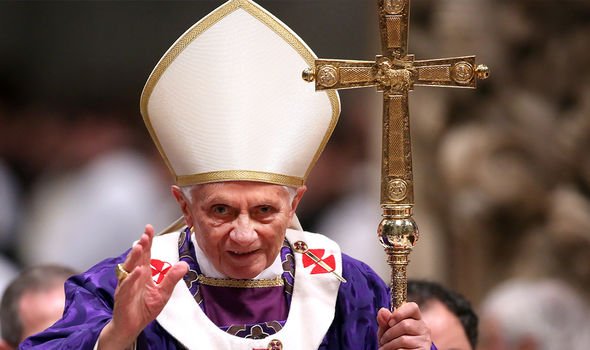 “You can look at it two ways, I mean politically you could say it is quite clever because he’s also signalling to those people who do want to see a change in the church, that there isn’t much time.

“He’s putting salt on the tail of everyone saying ‘we need to get this done,’ so I think you can take (his plan) both ways.

“Some of his opponents are waiting for him to go and they will be encouraged by this.

“At the age of 79, we are talking here about him stepping down in his Eighties, in the year 2020, there aren’t many men, frankly, who are capable physically, let alone mentally, of leading a massive institution with all the demands that the papacy brings.”

However, the prophecy has come under fire over the years.

Prophecy of the Popes: Doc shows 2012 ‘end of the world’ math

It was first published by Benedictine monk Arnold de Wyon in 1595, attributing the claims to Malachy, but given the very accurate description of popes up to around 1590 and lack of accuracy for the popes that follow, historians generally conclude that the alleged prophecy is a fabrication written shortly before publication.

One theory to explain the prophecy’s creation put forward by 17th-century French priest Louis Moreri, is that it was spread by Cardinal Girolamo Simoncelli in support of his own bid to become pope during the 1590 conclave to replace Urban VII.

In the prophecy, the pope following Urban VII is given the description “Ex antiquate Urbis” or ”from the old city”, and Simoncelli was from Orvieto, which in Latin is Urbevetanum, old city.

Mr Moreri and others proposed the prophecy was created in an unsuccessful attempt to demonstrate that Simoncelli was destined to be pope.

Read More:Pope’s ‘Feeling’ About Short Papacy Suggestive In His Own Belief In Malachi Martin Prophecy