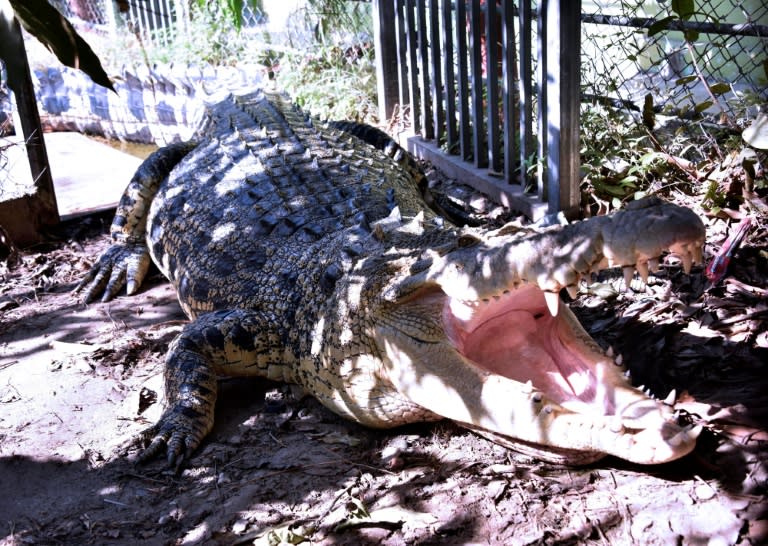 Mario Da Cruz could only watch in horror as a small army of crocodiles killed a child on an East Timor beach — another victim of the tiny nation’s soaring rate of attacks.

Such incidents have jumped more than 20-fold over the past two decades with an average of one person a month falling prey to the ferocious reptiles, though not all are fatal.

“I was walking along the beach and suddenly this group of crocodiles came out of the water so I panicked and ran, but one of them bit my leg,” explains Da Cruz.

“Another attacked a small child who died right then and there,” he says, adding that his home town of Lospalos has seen a jump in crocodiles striking humans.

East Timor sits between Indonesia and Australia, and a large number in the impoverished nation of 1.2 million rely on the waterways for every aspect of life.

People are targeted by crocodiles while they are fishing in small boats, or bathing and collecting water to drink.

“They have had a pretty serious increase in the number of crocodile attacks in the past 10 years,” said Sam Banks, a conservation biologist at Australia’s Charles Darwin University.

Timor’s rate of attacks jumped from fewer than one per year in 1996 to more than a dozen annually in 2014, the most recent data available.

That jump made croc attacks a fatality risk 10 times greater than malaria, according to Sebastian Brackhane at Germany’s University of Freiburg, who has studied East Timor’s crocodile management.

Brackhane and other scientists have looked at what might be behind the jump in a country with a relatively low population of native crocs, including the possibility of humans encroaching on their habitat.

But “we think that an increase in the number of large saltwater crocodiles is the primary factor”, he told AFP.

“The problem is not limited to (East Timor). Other islands, such as the Solomon islands and the Andamans, and several coastal areas of Indonesia show similar patterns of increasing human-crocodile conflict,” Brackhane added.

Watch More:Proven: Electromagnetic Frequencies Can Cause Changes Is Behavior- Is This Why So Many Seem To Be Losing Their Minds?