HEAVILY-ARMOURED vehicles loaded with laser cannons will be deployed by the US Army within the next three years.

The upcoming weapon systems each chew through enough energy to power several homes and can take down drones, helicopters and incoming missiles. 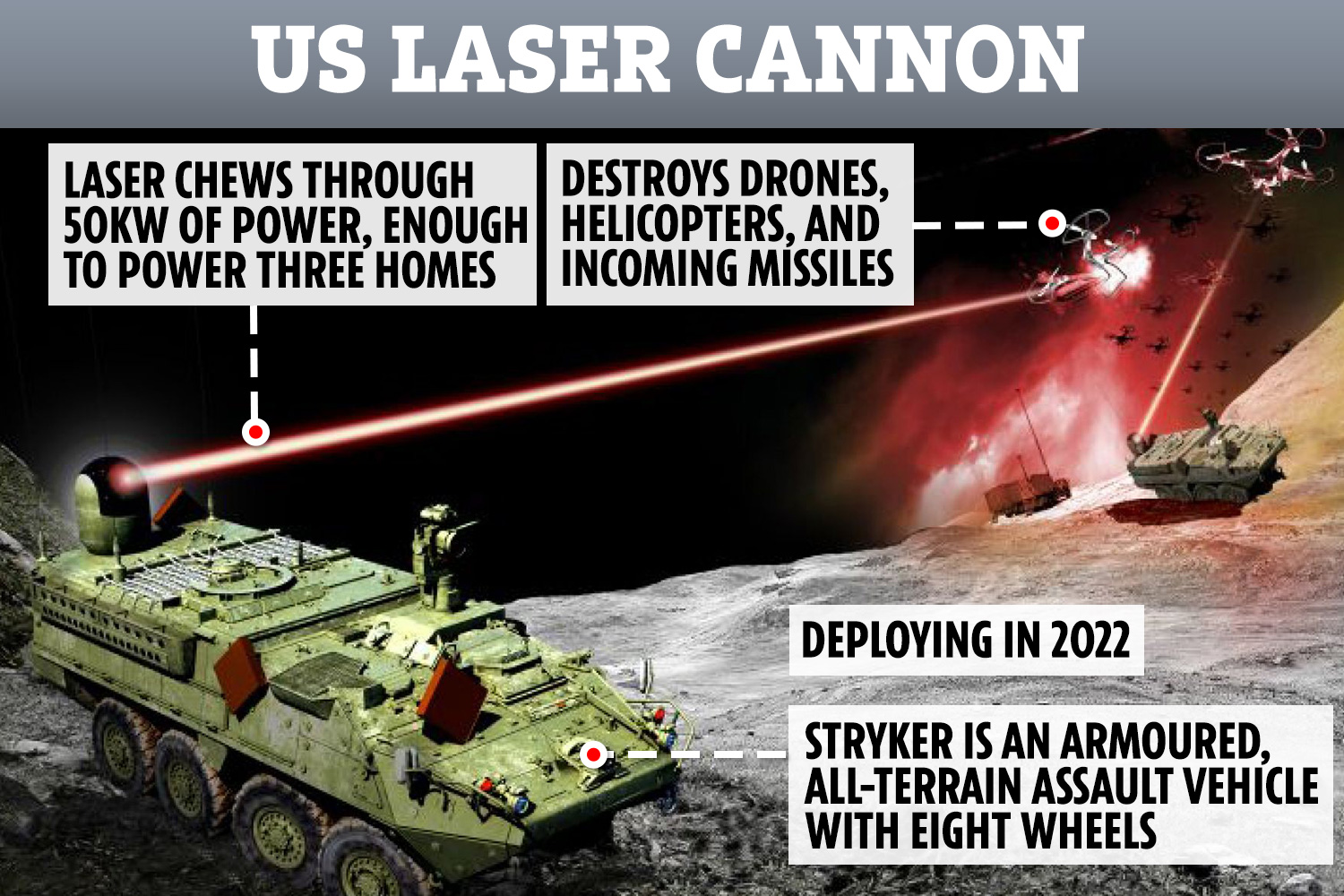 Officially known as “directed energy lasers”, they’ll hit battlefields in the year 2022 attached to a platoon of four vehicles, an army report stated.

“The time is now to get directed energy weapons to the battlefield,” Lt. Gen. L. Neil Thurgood, Director of Hypersonics, Directed Energy, Space and Rapid Acquisition, said in the report.

“The Army recognises the need for directed energy lasers as part of the Army’s modernisation plan.

“This is no longer a research effort or a demonstration effort. It is a strategic combat capability, and we are on the right path to get it in Soldiers’ hands.” 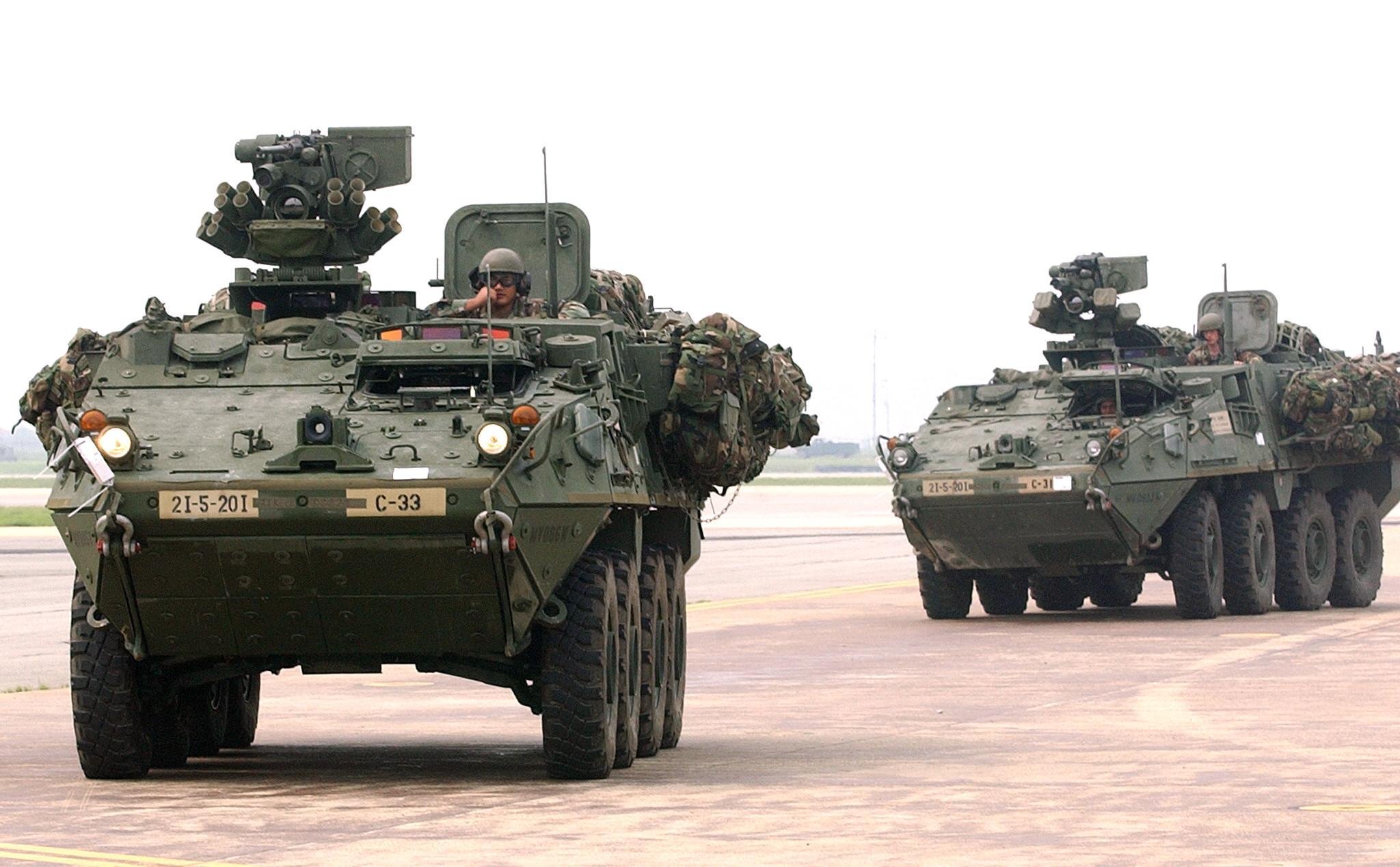 Army researchers have worked on the weapon for several years.

High energy lasers travel at the speed of light and are one way the Army plans to defend itself from new aerial threats, according to an Army release.

The extreme temperatures they produce is able to simply melt enemy craft in an instant.

Aerial threats of concern to US troops include drones loaded with guns or explosives. 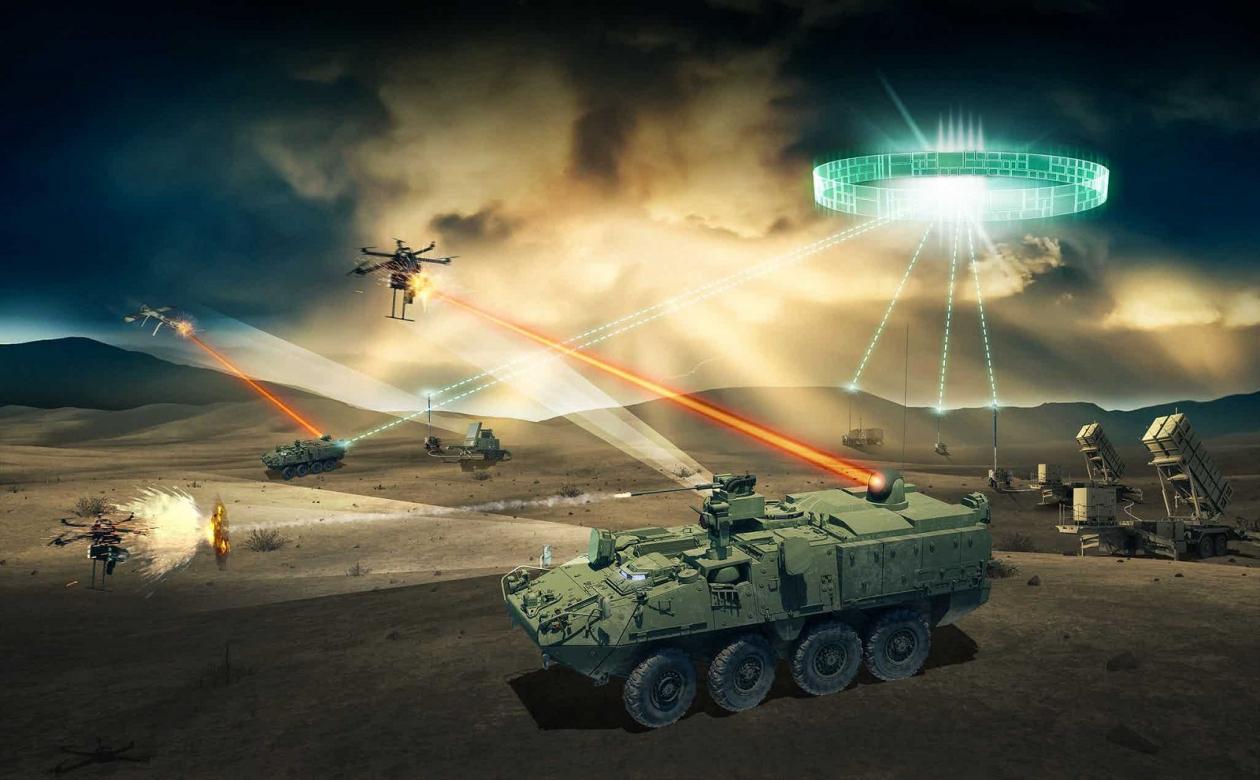 The nimble craft have been used in several attacks in recent years and are notoriously difficult to shoot out of the sky with conventional weaponry.

The new laser cannons will be loaded onto US Army “Stryker” vehicles – eight-wheeled, all-terrain beasts that can hit speeds of 60 mph.

The cannons looks like a large, black bulb jutting from the rear of the vehicles, and are used to defend against air threats.

It produces a whopping 50 kilowatts of power – about the same amount needed to power three homes.

As well as drones and missiles, the laser could be used to take down some fixed-wing aircraft, according to the Army.

Several laser beams could be directed at a target at once to burn holes through larger foes.

It’s not yet clear where they will be deployed, nor how many the US Army plans to produce in future.

The Royal Navy is working on a £30million scheme to build powerful lasers to protect our ships from missiles.

Terrifying space weapons of the future

Here are three of the scariest…

In other news, the Royal Navy is testing a new weapon that uses a powerful laser to slice through enemies.

Russia recently showed off its “ground force” of killer robots in an unsettling video.