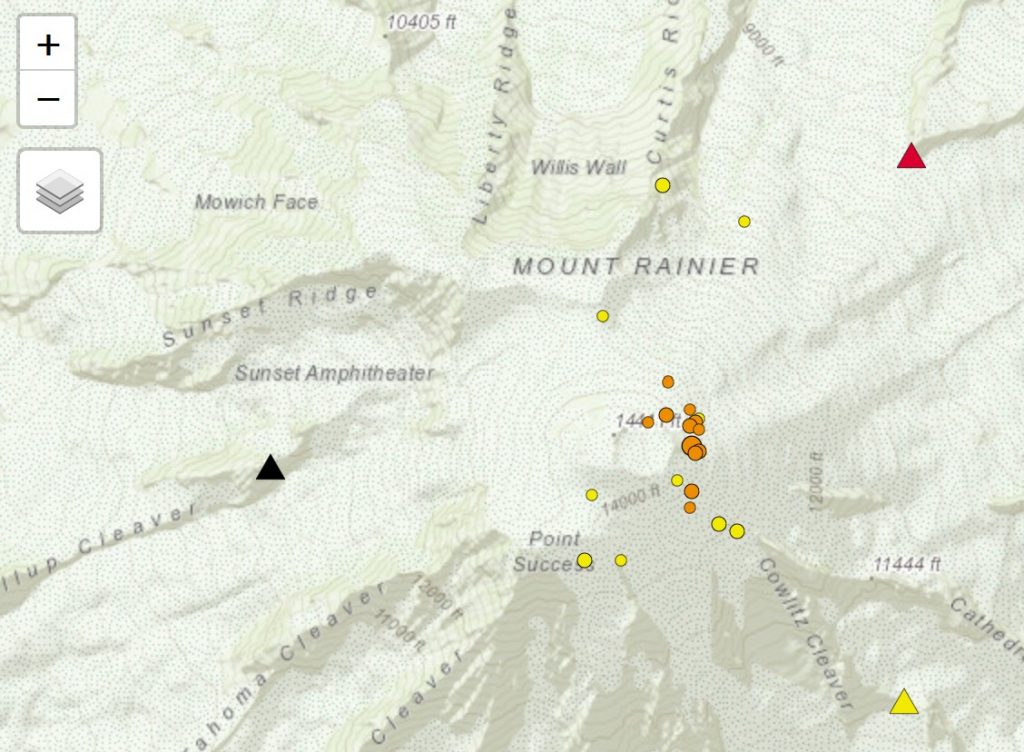 The swarm started on October 28 with two earthquakes and continued over on October 29 with 10 quakes. On October 30, another shake was reported by the seismometers (triangle on the map above).

These seismic events under Mt. Rainier’s NE flank appear to be tectonic, not at all volcanic.

But the tremors may be the result of activity on a tectonic aspect of the conduit’s location.

But there are actually no specific known faults that might be associated with this activity in the current literature.

Maybe you can find a map of earthquake fault lines on Mount Rainier?

Read More:Earthquake Swarm Under Mt. Rainier: Scientists Say There Is Nothing To Worry About