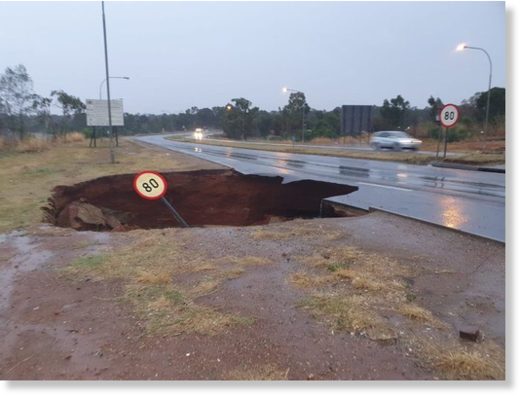 Motorists have been warned of a sinkhole on the N12 (Snake Road) near Benoni.

The sinkhole was discovered in the early hours of Saturday morning and by afternoon road closures remained in place. The sinkhole appears to be around four metres deep, according to Gauteng Roads and Transport Department spokesperson Melitah Madiba.

In a tweet, MEC for Gauteng Public Transport and Roads Jacob Mamabolo stated that a detailed geotechnical investigation to assess the situation will be carried out.

Madiba added that the department could not speculate as to what had caused the sinkhole, or estimate when repairs would get underway, as they were awaiting the outcome of an investigation by the geotechnical engineers.

“The investigation will determine the severity of the sinkhole as well as outline when the repairs will commence,” she said.

Motorists have been advised to make use of alternative routes, as the sinkhole poses a threat to road users.