Amy Stamatis was left paralyzed below the waist after she plunged from the second story of her Searcy home onto a brick patio in November 2006.

The circumstances of the incident were unusual. Stamatis had climbed into an open window and was sitting on the sill when she fell. She insists that she did not jump.

But for months beforehand, Stamatis had been struggling with “dark thoughts.” She had heard voices telling her to kill herself and sought treatment from doctors and psychiatrists. The voices didn’t stop.

Stamatis believed she was going through a mental breakdown. 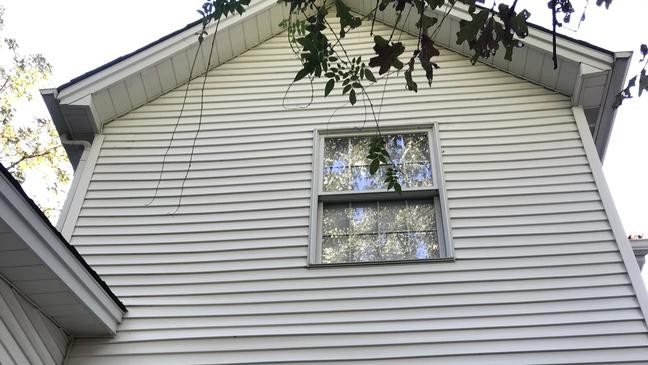 After her fall, she was lying in a hospital bed when she was visited by a woman who claims to have raised the dead and healed the terminally ill through prayer. The woman saw something in Stamatis that no one else had.

She was wrapping up a 24-hour shift as a medflight nurse at Baptist Health Medical Center in Little Rock when she was tasked with treating a burn patient. After wheeling him in on a stretcher and completing a report, she found herself wandering the halls of the emergency room aimlessly.

She had suddenly forgotten how to do her job.

“After I took care of him, my mind went out the window,” Stamatis said. “I was just blank.”

That was her final shift at the hospital. Stamatis, a marathon runner, went home and was unable to run straight. She couldn’t even perform simple tasks, like picking out her clothes.

Stamatis told her husband she was having a nervous breakdown, which began a string of visits to doctors and psychiatric hospitals. She was diagnosed with different mental illnesses. Stamatis said that doctors prescribed her antidepressants “like they were candy,” but the voices continued and her behavior became unpredictable. She stripped out of her clothes at a family gathering with her in-laws. During visits to the hospital, she yelled at her former co-workers.

A particularly tense episode happened when Stamatis and her husband traveled to the Mayo Clinic in Minnesota looking for specialized treatment. While there, she broke away from doctors and climbed seven or eight stories up to the edge of a parking ramp and threatened to jump. Police and her husband talked her down.

But the voices continued. 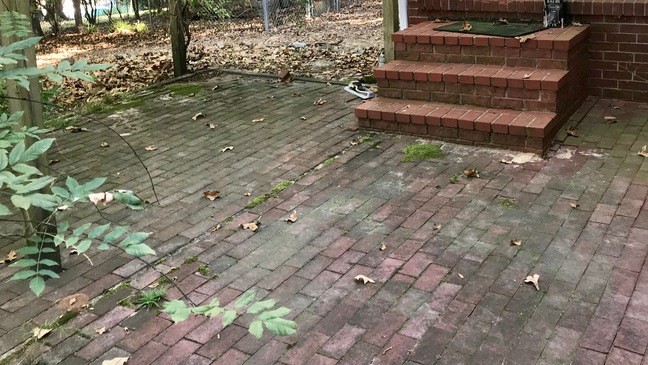 I could see the demons’

The Downtown Church of Christ in Searcy held a prayer service for Stamatis after she fell.

Among those in attendance was Cindy Lawson, a Pentecostal evangelist who has performed about 10 exorcisms (Pentecostals call them demon castings, but the rite is fundamentally the same).

Lawson was not a member of the Church of Christ and had never met Stamatis. But she heard what happened and felt compelled to visit her.

“The Lord spoke to me and told me to go to the hospital to cast the demons out of her,” Lawson said. “I could feel something churning.”

Stamatis had broken her back in three places, punctured both lungs and broken her ribs. She said the injuries indicate that she did not brace herself for impact. None of the bones in her arms and legs were broken.

Lawson said that when she arrived at the hospital, Stamatis was “wide-eyed.”

“I could see the demons,” Lawson said.

A friend of Stamatis told her that Lawson was there to pray over her.

According to Lawson, Stamatis — or something inside her — growled in response.

“Why are you here,” Stamatis snarled.

Lawson brought out anointing oil and wiped it across Stamatis’ forehead.

“Lord, in the name of Jesus, I command that these demons release her and come out of her and that she comes to her right mind, in Jesus’ name,” Lawson commanded.

“The spirit of the Lord fell into that room,” Lawson recalled.

Symptoms associated with demonic possession—convulsions, hysteria, erased memories—can look very similar to the symptoms of conditions like epilepsy and schizophrenia.

Exorcism rituals, which can include restraining a person, can be harmful and sometimes deadly, especially for the mentally ill. In 2005, a Romanian nun who had been treated for schizophrenia died of suffocation and dehydration during a rigorous Orthodox exorcism. In 2007, a 22-year-old drowned and a 14-year-old was severely injured during a family-centered Maori exorcism in New Zealand.

New York psychiatrist Dr. Richard Gallagher works with Catholic priests to help them tell the difference between those suffering from mental illness and those who have been possessed.

“The same habits that shape what I do as a professor and psychiatrist — open-mindedness, respect for evidence and compassion for suffering people — led me to aid in the work of discerning attacks by what I believe are evil spirits and, just as critically, differentiating these extremely rare events from medical conditions,” he wrote in a column in the Washington Post in 2016. “But careful observation of the evidence presented to me in my career has led me to believe that certain extremely uncommon cases can be explained no other way.”

It’s hard to quantify how many people have been treated for demon possession in Arkansas or elsewhere. Many religions believe supernatural entities can possess humans, but the symptoms, treatment and methods of diagnosis vary.

Gallagher wrote that in some circles, there’s a tendency to “see the devil everywhere.” He wrote that some clergy members are not as “cautious” as they should be in diagnosing demon possession but the Catholic church has taken steps to limit these misdiagnoses. 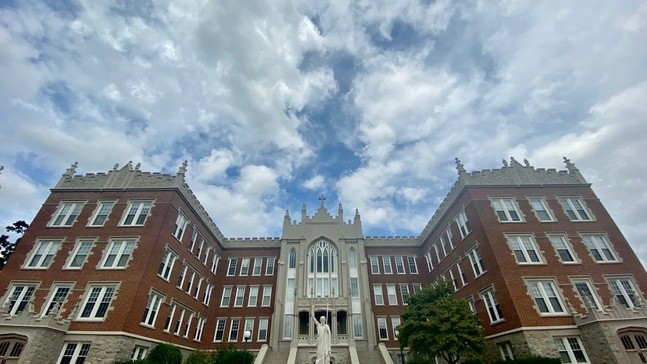 The Catholic Catechism, the church’s written doctrine, says that illness — especially psychological illness — should be handled through medical science.

“Therefore,” the doctrine says, “before an exorcism is performed, it is important to ascertain that one is dealing with the presence of the Evil One, and not an illness.”

The Vatican expanded its annual exorcism course in 2018, citing increased demand. Josh Stengal, a Catholic priest in Little Rock, said this is due to a “growing lack of faith in God, and an increased interest in the occult” in modern society.

Only a priest who is trained and given authority by a bishop is able to perform the “solemn exorcism.”

“Because of the risk of sensationalism, the ritual is performed discreetly … it would typically be during the day, in a church environment, and with other family members present,” Josh Stengel, a Catholic priest in Little Rock, said. “There is nothing magical about the ritual; it is a prayer in faith and requires the faith of the person to be set free.”

Demonic possession is not recognized as a medical condition by the American Psychiatric Association or the International Statistical Classification of Diseases and Related Health Problems.

Stamatis, 49, said that before she fell and Lawson exorcised her, she was diagnosed with a rare chemical imbalance called porphyria that causes seizures, abdominal pain, nervous system dysfunction and mental confusion.

Stamatis, a former nurse, still believes she was possessed.

“If most people knew it was a demon possession thing, they would seek out that help,” Lawson said. “But it’s so hard to convince people that is what is going on.”

Exorcisms conjure images of levitating bodies and screaming priests, thanks in no small part to Hollywood.

The 1973 film “The Exorcist,” with its graphic depiction of demonic possession, spawned several sequels and influenced decades of horror films.

Stengel said it’s frustrating to see his religious practices dramatized to the point of disbelief on screen. The more common form of “spiritual attack” or demonic influence, he said, is temptation. That looks very different than a levitating child.

“The major exorcism or solemn exorcism is rare because cases of demonic possession are rare,” he said.

Stengel said that in most cases, people are “demon oppressed” rather than possessed. And since demon oppression is ordinary, it is approached with ordinary Catholic practices: sacraments, blessings and prayer.

Monte Cox, Stamatis’ preacher and the dean of the College of Bible and Ministry at Harding University, said he teaches balance—knowing that demons exist and protecting against them, while not being distracted by the sensationalized accounts of demon possession in popular culture.

Cox said he would rather focus on more mundane demonic manipulations, such as addiction and violence, that happen daily.

Cox said that whether it manifests in the strange phenomena seen in movies and pop culture, or through more ordinary darkness like drug abuse and violence, those who seek demonic influence will find it.

Catholic exorcisms are reserved for the ordained, but to Lawson, any follower of Jesus who is filled with “the spirit” can cast out demons.

Lawson said that she first performed the ritual on a 9-year-old boy and that he levitated. She said she has seen others foam at the mouth. Some have had their eyes change colors. Others have spoken in demonic voices.

“It’s not pleasant At first, it was terrifying,” she said. “But it’s what God called me to do.” 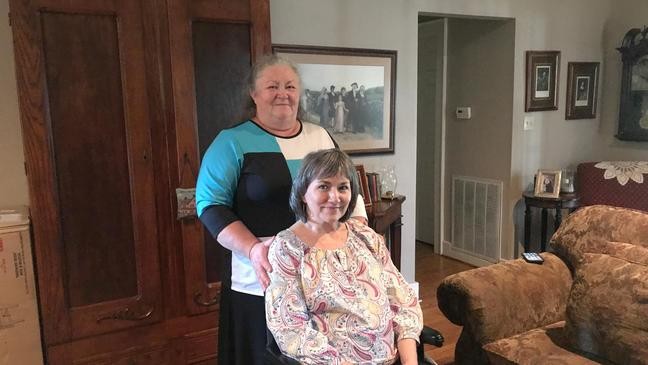 Cindy Lawson cast demons out of Amy Stamatis after she fell 2 1/2 stories out of a window and broke her back. (Photo:KATV)

Stamatis said she has no recollection of her exorcism, but her family members saw an immediate change in her afterward.

In a recent interview, she said she’s mentally healthy. And spiritually, she’s “better than ever.”

Stamatis said her greatest loss is not being able to go back to work as a nurse. Her paralysis prevents that. But Lawson believes God will intervene and fully heal her—that’s what they’ve prayed for, anyway.

“As a nurse, I would not have believed this if it didn’t happen to me,” Stamatis said. “I’d say, ‘That doesn’t happen today,’ which is a lie.

Read More:Ivy League Psychologist Convinced Of The Growing Epidemic Of Demon Possession In The World: ” I Have A Unique Vantage Of Discerning Between Human And Non-Human Behavior”

Watch More:Sudden Death Of A Soccer (Football) Player: What Is Going On Here?

Read More:Man Claims He Was ‘Awoken By Demons’ Before Bludgeoning Girlfriend To Death With Bible

Read More:Practicing Satanist Kills His Girlfriend, Then Himself After Capturing Entities In His Home