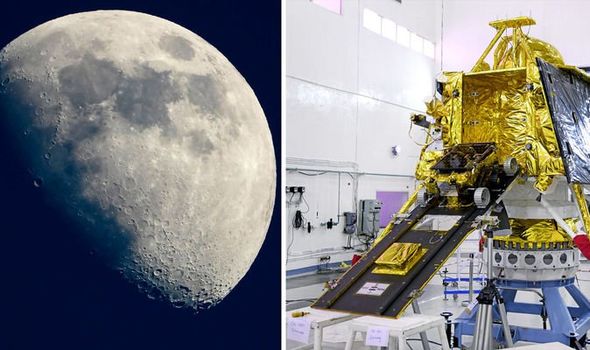 NASA is baffled after failing to find any trace of India’s moon lander Chandrayaan-2, which mysteriously disappeared earlier this year after it crashed onto the lunar surface.

Things took a disastrous turn when India’s Chandrayaan-2 spacecraft attempted to land on the Moon on September 6. As it approached the Moon’s south pole, where it had planned to land in order to confirm the presence of water ice, the Indian Space Research Organisation (ISRO) lost contact with the machine. It was presumed the machine crashed into lunar surface but after more than a month of searching, there has been no evidence of Chandrayaan-2 found.

Chairman of ISRO, Kailasavadivoo Sivan, had earlier said the space agency had used thermal imaging to locate the lander, which is nicknamed Vikram, in a crater.

However, a NASA-led search has yielded no results.

Conspiracy theorists quickly jumped to suggest aliens were responsible for the missing Vikram but NASA had a more reasonable response – scientists are looking in the wrong place.

John Keller, Deputy Project Scientist LRO Mission, said: “It is possible that Vikram is located in a shadow or outside of the search area. Because of the low latitude, approximately 70 degrees south, the area is never completely free of shadows.”

The Chandrayaan-2, which cost roughly $140million (£114million), was intended to study moon craters which are thought to contain water deposits.

The permanent craters were confirmed by the Chandrayaan-1 mission in 2008.

It is not clear what damage the lander suffered during its descent.

So far, the US, Russia and China are the only countries to have successfully landed on the Moon’s surface.

The Chandrayaan-2 spacecraft carrying the Vikram lander launched from Sriharikota in southern India on July 22.

India’s first lunar mission, Chandrayaan-1 orbited the moon in 2008 but did not land.

Now, a British firm Spacebit – a London-based startup – plans to launch its robotic “crawler” to the moon by 2021, making it the first time the UK will get to the moon, if all goes to plan.

Spacebit is working in conjunction with US firm Astrobotic which was rewarded a $79.5m (£65m) contract to transport 14 instruments to the lunar surface.

The British firm has high ambitions for when it reaches the moon, including helping to set up a permanent base.