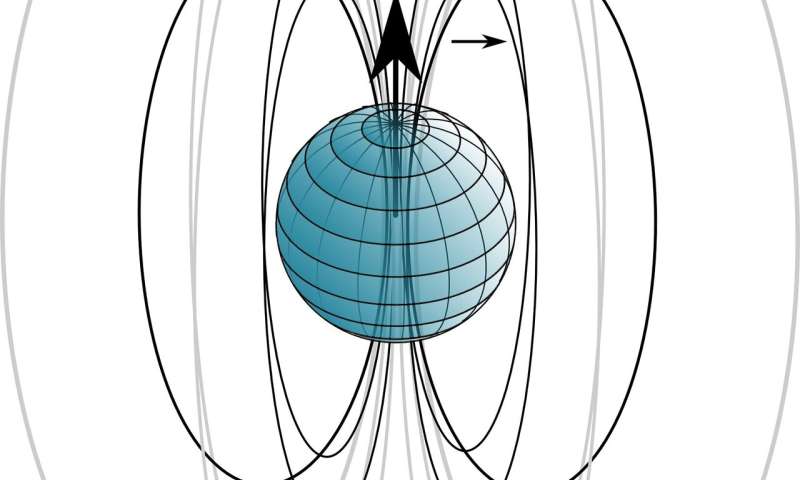 One such mystery is the origin of electro magnetic fields on the very largest scale in the universe.

While researchers have believed for some time that magnetic fields of femto-Gauss strength extend to the largest scales in the universe—to scales larger than the largest clusters of galaxies—it is an unresolved mystery how such magnetic fields can have been created in the early universe.

One logical possibility is that the magnetic fields were enhanced by the primordial period of inflation, which is needed also to solve the flatness and horizon problem in the standard Big-Bang model, if the magnetic fields in this period had some new non-standard interactions with the inflaton particle. The inflaton particle is responsible for driving the period of primordial inflation.

But the problem is that magnetic fields generated during inflation have been believed to quickly be washed away by the subsequent ordinary expansion of the universe making successful inflationary magnetogenesis a challenge.

Recently the researchers Takeshi Kobayashi from International Centre for Theoretical Physics in Italy and Martin S. Sloth from University of Southern Denmark (the university in the region were H.C. Ørsted was born) have shown that due to Faraday’s law of induction, the assumed evolution of electromagnetic fields after inflation is different than previously assumed if there are also strong primordial electric fields.

The work has been published in the journal Physical Review D.

“This opens a new door to our understanding of the origin of cosmic magnetic fields”, says Martin S. Sloth, professor, CP3-Origins, Center for Cosmology and Particle Physics Phenomenology, University of Southern Denmark.

Read More:Could Electromagnetic Changes In The Earth Cause Changes In Our Cognitive Abilities? This Professor Thinks So