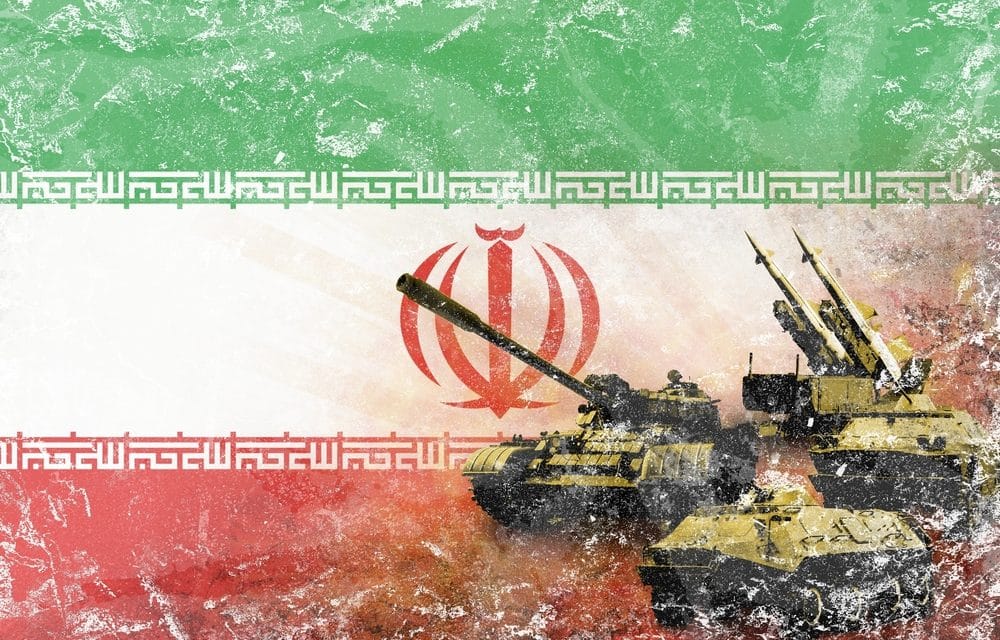 Highly disruptive drone attacks on Aramco oil facilities in eastern Saudi Arabia are arguably the most significant military operation yet against the US-allied kingdom’s critical infrastructure.

That is over five percent of global crude supply, a deficit which will take “weeks” rather than days to remedy and is likely to drive up international oil prices.

The high-profile aerial offensives are bound to further escalate mounting tensions between Iran and its mostly non-state allies in the region on the one hand, and the United States and its close partners Saudi Arabia and Israel on the other.

The US has already pointed the finger of blame at Iran. Secretary of State Mike Pompeo accused Tehran of having “launched an unprecedented attack on the world’s energy supply”, while President Donald Trump later said the US is “locked and loaded’, and is “waiting to hear” from Riyadh about who attacked its oil facilities. Meanwhile, Saudi Crown Prince Mohammed bin Salman (MBS) promised to “confront and deal with this terrorist aggression.”

Iran denied the US allegations that it was behind the attacks and said the claims were meant to justify “actions” against it.

The escalation is likely to scupper chances of diplomacy and negotiations between Washington and Tehran over a crumbling nuclear deal signed in 2015 between Iran and world powers.

The US unilaterally withdrew from the Joint Comprehensive Plan of Action (JCPOA) in May 2018 and reimposed crippling sanctions on Iran’s oil industry and banking sector as part of a “maximum pressure” campaign against it. In response, Tehran has taken a series of steps to scale back commitments to the accord.

“The operation fits Iran’s tit-for-tat pattern of resisting the US since it started to downgrade its JCPOA commitments,” Erwin van Veen, a senior research fellow at Clingendael’s Conflict Research Unit in the Netherlands, told Al Jazeera.

“We saw a significant escalation of US-condoned Israeli air strikes across Lebanon, Iraq and Syria,” he said, referring to a succession of attacks last month against Iranian-backed forces in the three countries. “Iran can only counter them asymmetrically and this is the response to the US, kind of ‘to call off your attack dog’.”

Shortly after the Aramco attacks, the Houthis, who have been fighting a four-plus-year war of attrition in Yemen against a Saudi-led and US-backed military coalition supporting Yemeni government forces, claimed responsibility and described the offensive as their “right” to retaliate “the air strikes and the targeting of our civilians.”

Yahya Saree, a Houthi spokesman, told the rebel-backed Al Masirah TV based in Beirut that the Aramco attacks were carried out by 10 drones and in “cooperation with the honourable people inside the [Saudi] kingdom”, suggesting the possible involvement of beleaguered Shia dissidents living in the oil-rich Eastern Province.

In this account of events, armed drones would have had to fly over 1,000 kilometres (621 miles) from Houthi-controlled territory in northwest Yemen across Saudi Arabia to reach their targets in Abqaiq.

Another possible route for the aerial vehicles could be a trajectory starting in northeast Yemen near the border with Oman and travelling northbound through areas close to the United Arab Emirates (UAE) and Qatar before they could deliver the explosive projectiles.

But analysts said either scenario might be contested from an operational perspective, considering the Houthis’ likely lack of access to such advanced aerial attack systems, the vast geographical distance from the point of departure to the destination in question, and lastly the heavy air defence fortifications in place along the supposed flight route.

This raises the possibility of attacks on Aramco oil plants originating in southern Iraq, which lies much closer to the Abqaiq and Khurais facilities and where Iran-backed Popular Mobilisation Forces (PMF, or Hashd al-Shaabi) positions recently came under suspected Israeli attacks. Israel has neither confirmed nor denied being behind those attacks.

In late June, US officials concluded that an earlier May 14 drone attack on Aramco’s East-West pipeline near the central town of al-Duwadimi – which the Houthis also claimed responsibility for – was launched from Iraq, not Yemen, implicating Tehran-allied Shia militias.

According to people familiar with the assessment, wreckage from Saturday’s assaults indicated employment of a different model of drones and explosives than those witnessed in previous Houthi offensives within Saudi territory.

On Sunday, a day after the Aramco attacks, Middle East Eye quoted an unnamed senior Iraqi intelligence official as saying that the operation was conducted from inside Iraq in reprisal for suspected Israeli drone attacks against PMF bases. Iraq has denied the drone attack came from there.

“In both cases, Houthi or Hashd, there is an autonomous motive in addition to any links with Iran, as the former suffered from American support for the Saudi-led military campaign in Yemen, while the latter suffered a number of air strikes recently,” Erwin van Veen said.

“It is worth bearing in mind though that Houthis have more agency than some of the Iran-affiliated Hashd groups in Iraq such as Kata’ib Hezbollah, Kata’ib Sayyid al-Shuhada and Kata’ib Imam Ali, and plenty of motivation regardless of Iran.”

Another scenario, suggested by US and Saudi authorities, points to the Iranian Revolutionary Guards directly targeting Aramco petroleum facilities with cruise missiles launched from Iraqi or even Iranian territory.

Such a course of action does not generally dovetail with Tehran’s regional security strategy of indirect and asymmetric engagement with conventionally superior adversaries while maintaining optimum “plausible deniability”.

The retaliatory offensive on critical Saudi oil installations in Abqaiq and Khurais echoed warnings by Iranian President Hassan Rouhani that if the US’s “maximum pressure” campaign succeeds in bringing Iran’s crude exports down to zero, “then no oil will be exported from the Persian Gulf”.

By some estimates, Tehran only managed to sell as little as 100,000 bpd of oil in July, that is roughly one tenth of the export volume on which the annual government budget has been predicated.

Yet, Trump’s recent dismissal of former US National Security Adviser John Bolton – after the notorious Iran hawk “forcefully” opposed reduction of sanctions against Tehran – opened a rare window of diplomacy and boosted hopes about bilateral US-Iranian negotiations on the sidelines of the upcoming United Nations General Assembly convention.

Along parallel lines, the centrist Rouhani government has repeatedly stressed that talks with Washington are conditional on the removal of US sanctions, with the president himself going so far as to publicly declare that he would meet “anybody” to secure Iran’s national interests.

The opening came after French President Emmanuel Macron‘s government proposed an extension of a $15bn line of credit to Iran that would require the Trump administration to reissue oil sanctions waivers, thus allowing Tehran to receive hard currency from the sale of its crude oil to certain customers.

The financial package was partly discussed with Iranian Foreign Minister Mohammad Javad Zarif during his surprise visit to the French town of Biarritz on the sidelines of the Group 7 summit in late August.

The Aramco attacks may cast a shadow over these efforts to de-escalate spiralling Iran-US tensions, even though the White House has declined to rule out a potential meeting between Trump and Rouhani.

“The fact is that Iran’s Islamic Revolutionary Guards Corps (IRGC) wants to eliminate any possibility of talks with the United States at the moment,” an IRGC-affiliated intelligence analyst in Tehran told Al Jazeera on condition of anonymity.

“They do not want this diplomatic process to reach anywhere as they fear it might lead to the Rouhani government committing to halt Iran’s regional involvement, nuclear enrichment and missile development.”

Despite Iranian domestic politics and consequent obstacles in the way of diplomacy, most realistic assessments place the ball in the US court.

“Firing war hawks like John Bolton is a step in the right direction, but if the Trump administration is interested in de-escalation, it needs to stop pursuing hawkish policies and pressure campaigns that ultimately force Iran to choose between submission and confrontation,” Pouya Alimagham, a historian of the modern Middle East at the Massachusetts Institute of Technology (MIT), told Al Jazeera.

“After all, it is not hard to imagine what path a nation with a modern history of resistance to western intervention would take under such circumstances.”

Read More:Are We Seeing Three Major Developments That Could Escalate To WWIII?

Read More:Another Step Towards The Magog Scenario As Russia Raises Tensions With Israel