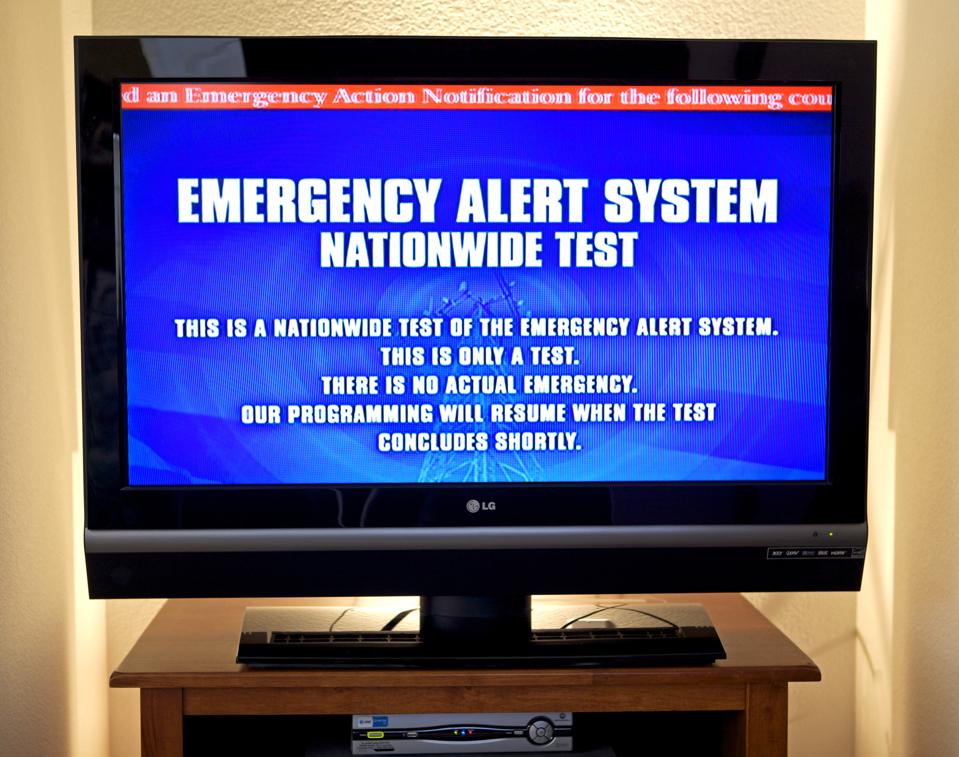 There’s no need to lunge for the storm shelter when those annoying screeches belt out on televisions and radios across the country at 2:20 PM EDT on August 7. It’s just a test. FEMA plans to conduct a nationwide test of the Emergency Alert System next Wednesday afternoon to ensure that the system is able to transmit emergency information across multiple forms of media within minutes of a catastrophe of national importance.

The Emergency Alert System is the successor of several previous alerting networks designed during the Cold War to allow the president to communicate with the country in the event of a catastrophe such as a nuclear strike. Thankfully, we’ve never encountered a situation that required the use of the Emergency Alert System on a nationwide scale. The system is mostly used today to transmit urgent local alerts, such as tornado warnings or AMBER Alerts.

As part of its long-term emergency preparedness efforts, the federal government began conducting nationwide tests of the Emergency Alert System in 2011 to ensure the system can function in its original purpose. They’ve tested the system several times in the years since, to varying degrees of success. The most recent test occurred last October, which included sending push notifications to mobile devices across the country for the first time.

Next Wednesday’s exercise will not send alerts to mobile devices. The test on August 7 will last about a minute, which is a little longer than a typical weekly test. If widespread severe weather or another emergency occurs on the afternoon of August 7, FEMA will postpone the test until the same time on Wednesday, August 21.

The purpose of this specific test, according to FEMA, is to see how well the Emergency Alert System and its component parts would work in the event of a disaster that hampered internet connectivity across the country. The agency encourages public feedback if you witness any problems—such as unexpected interference or other technical glitches—during the test.

While we don’t have to do anything during this test other than possibly mute the TV to save our eardrums, these exercises are a good opportunity to make sure our devices are ready to receive emergency alerts if we’re caught in a hazardous situation. Think of it like changing the batteries in the smoke detectors every time we change the clocks.

Even though they’re not testing smartphone push notifications next week, it’s always smart to make sure that your Wireless Emergency Alerts are turned on and able to receive tornado warnings at the very least. Many folks wind up shutting these alerts off altogether if they get one too many flash flood warnings or, in some cases, they’re unsettled by unfounded political concerns regarding a nationwide push notification system.

It’s a terrible idea to shut these alerts off. Wireless Emergency Alerts are a lifesaving tool during severe weather events. We’ve seen numerous stories of tornado survivors directly crediting an emergency push notification with their survival since the system came into use earlier this decade.