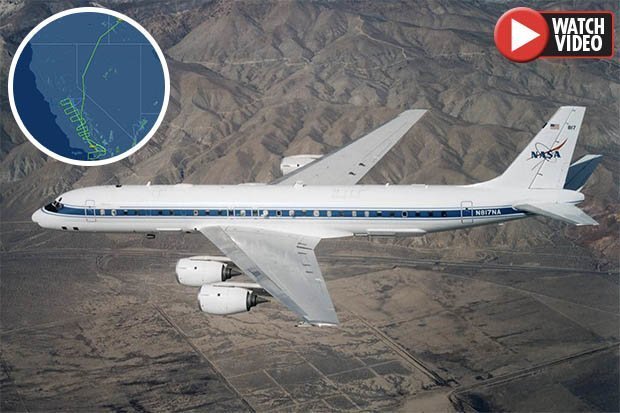 The plane – NASA817 – baffled Californians last Monday when it was seen travelling from Palmdale to Boise in Idaho.

NASA has not confirmed why one of their craft was in the area, but online viewers have now spotted that its flight path appeared to show it zig-zagging over the infamous San Andreas Fault.

“A registered NASA aircraft was noticed doing zig-zag flying patterns near and over the San Andreas fault line,” he said.

“It’s almost as if it is scanning the ground as if to try and get more data about what is happening underneath.

“What is going on? Is something occurring?

“What do they know, are they gearing up for something?

“Do they know the Big One is coming?” 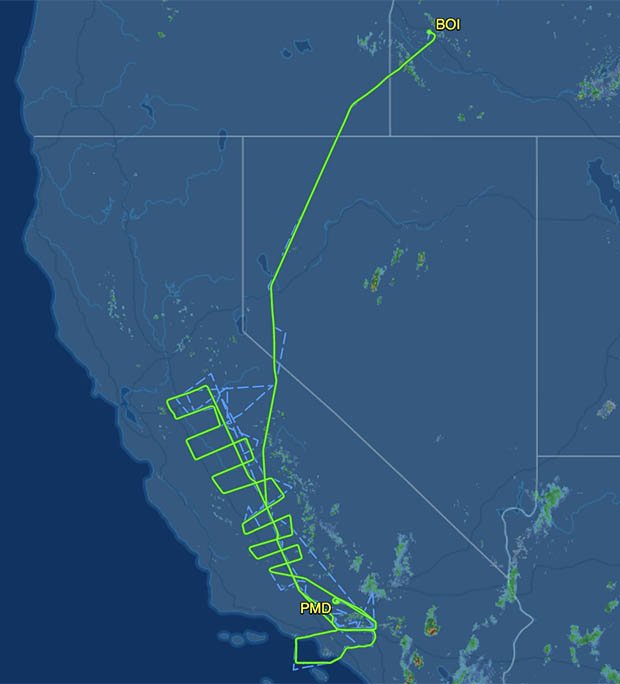 Tyler wasn’t the only person to have linked the sighting of the NASA craft to the Fault.

News conspiracy site allnewspipeline.com questioned whether NASA and the US government “know something that we don’t know”.

The San Andreas Fault – which forms the tectonic boundary between the Pacific Plate and North American Plate – runs 750 miles across the length of California.

Fears have raged for years that a “Big One” earthquake could erupt on the fault line, which could cause a huge tsunami to submerge large swathes of the west coast.

And the clip garnered similar fears from the 50,000 viewers online.

“The government has brought NASA in to see if they can predict when she will erupt because supposedly we are overdue for a Big One,” one wrote.

Another referenced the recent 7.1-magnitude earthquake that hit the southern Californian town of Ridgecrest, commenting: “They might be checking San Andreas fault line for any changes brought on by the recent quakes.”

“Research by those (NASA) with the tools to do so after a major earthquake is all I’m seeing there,” a third added.