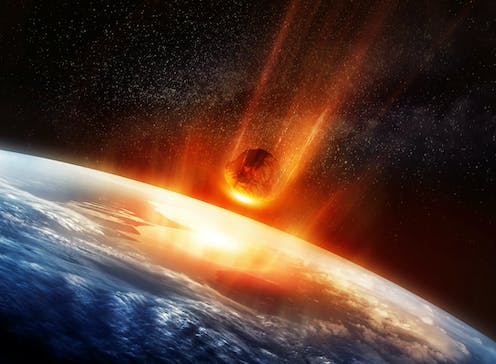 The world is in a bit of trouble. I think we can all agree on that.

Humanity has already survived a financial crisis, and warnings of the Mayan Apocalypse in the past decade, but if 2019 is the year the world does finally start to collapse, we think you should know where to head to survive.

We have selected places that we expect will remain fortresses of stability, safety, and prosperity no matter what the world throws at them.

Iceland is by far the most isolated country in Europe, located hundreds of miles from any other land, making it tricky for any potential invaders to get to.

The country is also awash with useful resources for staying alive. It is powered almost entirely by geothermal energy from the country’s many active volcanoes, and its coastal waters have some of the best and most abundant seafood anywhere in the world. So in the event of having to hole out on the island for a long time, you can rely on being warm and well fed.

Iceland also survived a near total collapse of its banking system during the financial crisis, so you know its citizens are pretty resilient, essential if the end of the world does come.

This island chain in the south Atlantic is actually the world’s most remote inhabited archipelago, more than 2,000 kilometers from the nearest land. The population is just over 300, so we’re sure they’re looking for new residents. It’s known for excellent fishing — the perfect career if times were to get really bad.

This is one for American patriots, who can take refuge in this far-flung outpost of America. Guam is situated in the Pacific, and it is home to a massive American military presence, perfect for keeping people safe in the event that Russian-Turkish relations go downhill and we find ourselves in the middle of World War III.

Guam isn’t exactly home to a booming economy, however, with most of its income coming from tourists and the US government.

All you really need to know is that this idyllic city in northern Thailand is where Swiss investor Marc Faber makes his home. Faber is known for being incredibly pessimistic when it comes to the state of the world. He is constantly issuing warnings about where you should live if the war comes (rural farmland) and what will happen to the dollar (it will be worth less than toilet paper).

On top of this, while Southeast Asia has been a hotspot for war, heroin, massacres, and political turmoil for decades, Chiang Mai has remained a stronghold of peace and stability. That’s a great sign it could survive no matter what history throws at the rest of us.

Denver has a few things going for it. It has proximity to amazing shale-oil reserves, meaning there will always be fuel.

In the event of a war it’s the easiest city in the US to defend, as it’s a mile above sea level (and nowhere near the sea) and surrounded by mountains.

Its elevation also makes it an excellent place to go in the event of global warming. In fact, global warming should help make Denver’s surrounding agricultural land incredibly fertile.

Antarctica is probably one of the most inhospitable places in the world, and that’s why it’s the perfect spot to hide out come the end of the world. If you can manage to get there with enough food to survive the cold winter, you can base yourself in one of the expedition huts and hunker down until things improve. War is unlikely to ever reach the world’s southernmost place.

The only downside is that if sea levels rise because of climate change, you might end up like this penguin.

This mountainous region of Indonesia wouldn’t seem like a very hospitable place to live. But then, remember, in a time like this you’re not exactly looking for hospitable. You’re looking for survivable. And it turns out that the largest gold mine in the world is in Puncak Jaya, which means there could be tons of work and trade if you play your cards correctly. It also houses the third-largest copper mine on earth.

When you’re in the land of Africa, Cape Town is as good as it gets. With gorgeous views and harbors, the city is the second-most populous in South Africa with good reason. Even if everything went horribly wrong, Cape Town would quietly continue along, as if nothing had ever happened.

The state of Cape Town’s economy is nothing like that of its sister cities to the north, thanks in part to the location of South Africa. It also is relatively free of Western foreign influence.

Switzerland has undoubtedly proved itself a haven during Europe’s bloody past.

Bern is surrounded by the Swiss Alps, giving it natural protection, and the Swiss capital is probably the best place to hide out in Europe thanks to its diplomatic nous.

Switzerland is known for having remained neutral in every major conflict in the past few hundred years, and this neutrality makes Bern a pretty good place to hole up during World War III. Swiss agricultural land is already some of the most fertile around, and this will only get better if climate change starts to really hit home.

Bern is believed to be named, conveniently, after the German plural for bear, “Bären.” It even has a 500-year-old tradition of maintaining live bear pits, and now a more humane bear park.

This is the island that Virgin mogul Richard Branson owns. If you call him up, we’re sure he’ll let you live there when everything collapses. After all, he always seems like a pretty nice guy.

Wind patterns make this region in South America the perfect place to avoid any nuclear fallout. Again, there’s a benefit of extremity. Nobody will bother invading Tierra del Fuego.

The Yukon is the westernmost of Canada’s federal territories. It is sparsely populated, and these days the economy is heavily dependent on the government and tourism. But if things fall apart, the area is certainly capable of sustaining small, thriving communities. There is plenty of wildlife for hunting and trapping, which will be very important in the early years after a global catastrophe when farming is not really a viable option.

As civilization rebuilds itself, the area’s rare-metal mining will be a boon. Lots of rivers mean you’ll be able to get around easily.

The weather is harsh, especially in winter. So bring a warm coat. And if you are on your own in the wilderness, you’ll have to be especially careful of bears.

No matter what happens to the US, Kansas City will probably be OK. It’s not on either one of the coasts, so you don’t have to worry much about security, a foreign invasion, or rising sea levels. It is surrounded by plenty of farmland (suitable for raising grain and livestock), and it’s also at the intersection of several rail lines, so transportation shouldn’t be a problem, even if things get really bad — in fact, the city should thrive as a hub of activity.

The Isle of Lewis

Located in the north Atlantic ocean, at least three hours by boat from the mainland of Scotland, the Isle of Lewis is ideally positioned to avoid any wars or zombie apocalypses. Also take into account that no one has successfully invaded anywhere in the UK for 950 years!

The island has plenty of natural resources, too, with great food and all the whisky you could ever want, making Lewis a perfect place to hide at the end of the world.

Read More:New York Times Publishes ‘How To Survive The Apocalypse’