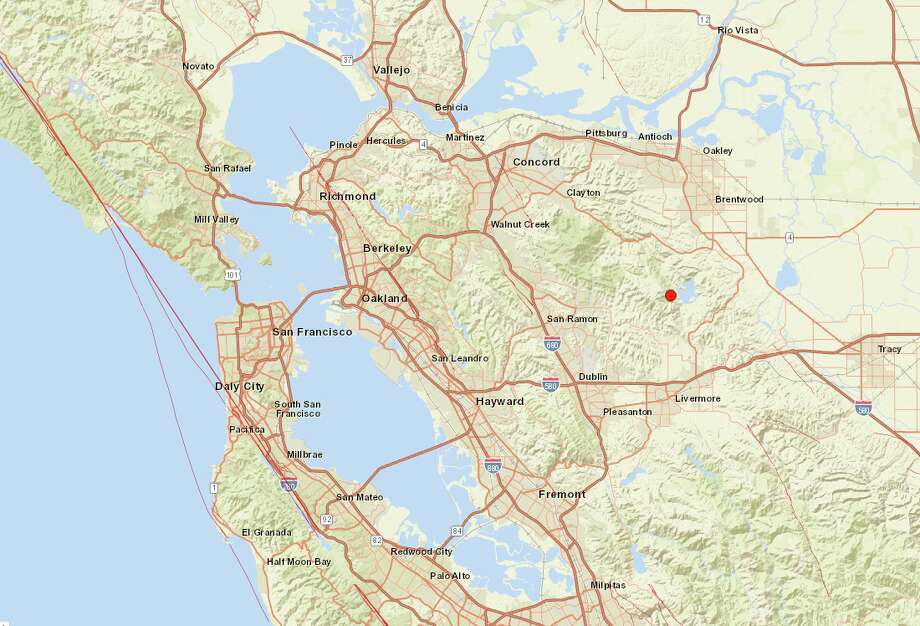 The quake struck at 1:11 p.m. with a depth of 7.46 miles and an epicenter in the East Bay, about 7.5 miles east of Blackhawk and 17 miles southeast of Concord, according to the United States Geological Survey.

“I felt it,” says Aimee Grove who lives in the East Bay. “But it just felt like a single jolt, as if something had slammed against the side of our house.”

Farther afield in the South Bay, Daniel Michalek noticed the shaking in Santa Clara. “It started as a soft jolt but continued with a rolling/swaying feeling for several seconds,” Michalek wrote to SFGATE.

The first earthquake was given a preliminary magnitude of 4.4, then downgraded to a 4.2 before the  USGS officially reported the temblor as a 4.3.

The USGS reports the 4.3 temblor occurred on the Greenville Fault. An earthquake of that magnitude could produce shaking around the epicenter but damage to structures would not be expected.

Over the last seven days, there have been three other earthquakes above magnitude 3.0 within 100 miles of today’s event. A magnitude 3.5 quake struck near Morgan Hill, roughly 60 miles south of today’s tremors, on Monday at 1:46 p.m.

USGS said that they received “Did You Feel It?” reports corresponding to the 4.2-magnitude earthquake from as far as Fresno and Roseville.

Check back for more reporting as this story develops.

Read More:The Director Of The Southern California Earthquake Center: San Andreas Is About To Crack Open