The huge, strange, cigar-shaped object known as ‘Oumuamua’ originated beyond our solar system and “is consistent with a natural origin” and “probably not” an alien controlled interstellar spaceship, according to a team of scientists.

When looking for the catalytic writers who interpret rocks as space ships you would expect the author to be, maybe, the star of History Channel’s hit television series ‘Ancient Aliens’ and director of Erich von Däniken’s center for ancient alien astronaut research, Giorgio A. Tsoukalos. Most of us would never expect the creator of such a theory to be a Harvard astrophysicist, in this case Avi Loeb ; who last year published a scientific paper suggesting the rock might be “an alien probe”. According to a Science Alert article at the time “It was like a spark to dry tinder, honestly, and other scientists have been running around with buckets ever since.”

When this paper came out last year I covered it for Ancient Origins , finding it unusual that a scientist would talk about “leakage from planet-sized alien transmitters powering giant spaceships with light sails bouncing radio beams off a huge reflective sheet to provide thrust.”

In that article I concluded “So long as the world’s leading scientists endorse theoretical thinking about advanced alien technologies, of course a majority of Americans will continue to believe, and want for, extraterrestrials .” And I suggested the “community would be out to get him”. Well, look at what’s happened now… 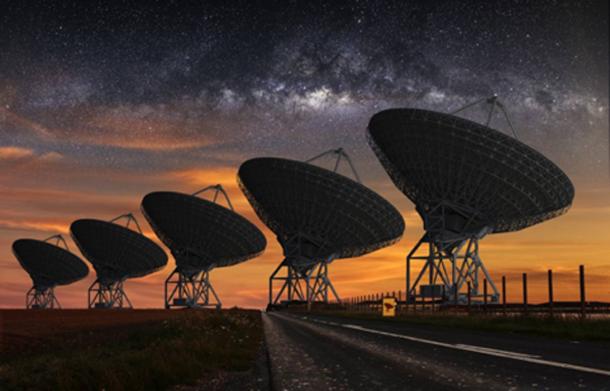 A new research paper written by an  international team of ‘Oumuamua scientists and published in  Nature Astronomy ; says it “can’t tell for sure without closely examining the thing” and “it’s really a mystery still” but Matthew Knight, an astronomer at University of Maryland regards the conclusion of their findings as a “fire hose” on Avi Loeb’s speculations that the rock is a powered spaceship. While the “alien spacecraft hypothesis is a fun idea” this new analysis proposes a “whole host of natural phenomena that could explain it,” wrote Knight.

With a deep dark reddish coloration caused by the metallic chunks’ radiation-baked composition, Oumuamua was identified in our solar system in October 2017, having spent hundreds of millions of years piercing the vast silence of deep space . Measuring 400 meters (0.25 miles) in length, all scientists agree that Oumuamua is “strange” and performs “weirdly” and it “is somehow like both a comet and an asteroid,” according to a recent Science Alert article about the scientist paper.

The researchers claim that even when the “weirdness” and complexities are considered “it doesn’t hold that Oumuamua is a spaceship”, and Knight added “This thing is weird and admittedly hard to explain, but that doesn’t exclude other natural phenomena that could explain it.”

The paper suggests the most likely explanation is that the object started as a planetesimal fragment (a planet still in the process of forming in a star system far away) “that got ejected into space” and the reason we don’t spot them much is because they’re usually below our threshold of detection.

Oumuamua has passed now, but astronomers will soon be tracking it using future planned telescopes such as, for example, the 2022 US National Science Foundation’s Large Synoptic Survey Telescope (LSST), with which Knight said “That’s when we’ll start to know whether ‘Oumuamua is weird, or common” and whether the team will have to “reexamine our explanations.”

In this tiny space left by Knight, that the team might have to “reexamine our explanations“, we will sure to be seeing more stories about the spaceship that passed without saying “hi”.