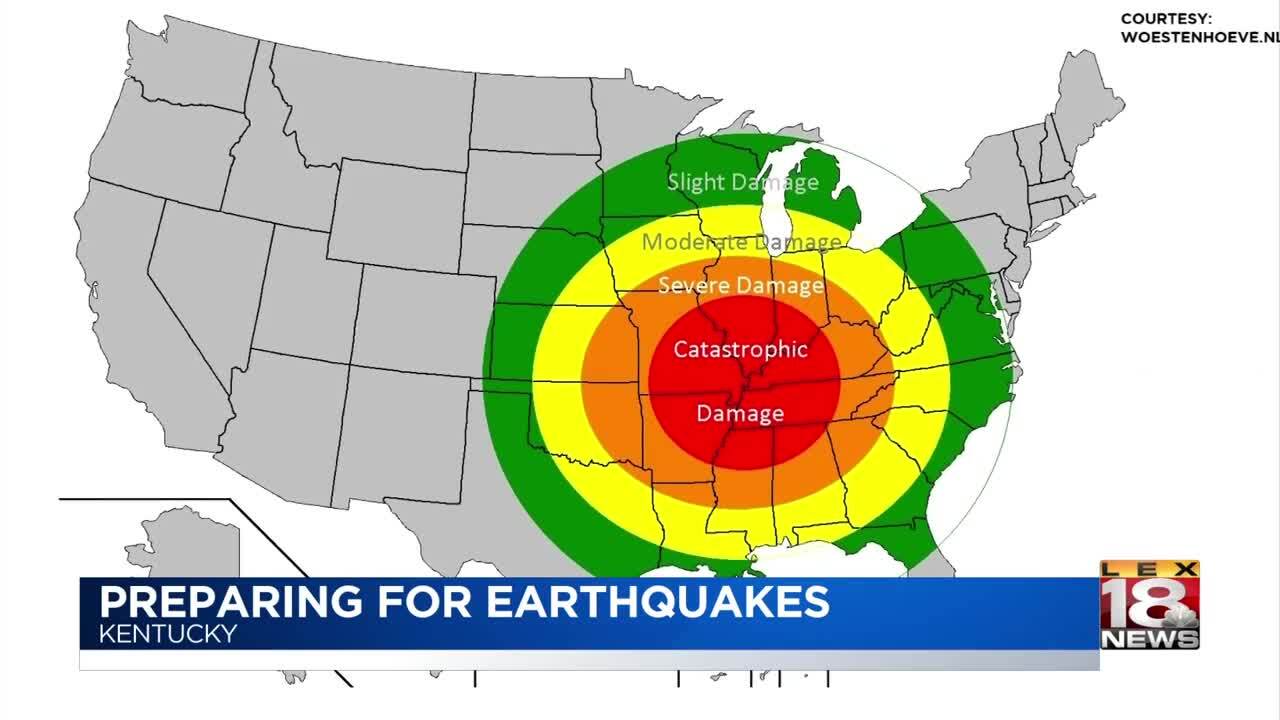 LEXINGTON, Ky. (LEX 18) — Emergency leaders say that videos of the violent shaking caused by earthquakes hitting California are reminders that they can happen suddenly, so you should be prepared. Lexington Emergency Management Director John Bobel says if you think earthquakes can’t happen in Kentucky, think again.

The strong earthquakes in California have caused fires to break out and has damaged buildings. California is used to earthquakes, but ones this big don’t happen as often. Bobel says that Kentuckians should be prepared in case there were an earthquake.

“If the New Madrid were to shift and create a large earthquake, it would create severe disruptions in Western Kentucky. There would be some disruptions here,” said Bobel.

He said that the New Madrid Seismic Zone, which is near parts of the state, is one of the two largest fault lines in the Central United States. Predictions show a big quake would devastate cities like Memphis and even cause issues here in Kentucky.

it is always a good idea to prepare.

“People need to be self sufficient. We certainly recommend that people have enough food, water, and other important supplies like medicines so that they can be self sustaining for at least three days,” said Bobel.

If an earthquake does hit, Bobel says to remember, drop, cover, and hold on.

Read More:Government Warns Residents Of New Madrid To Be Prepared For WHEN- Not IF- Megaquake Occurs