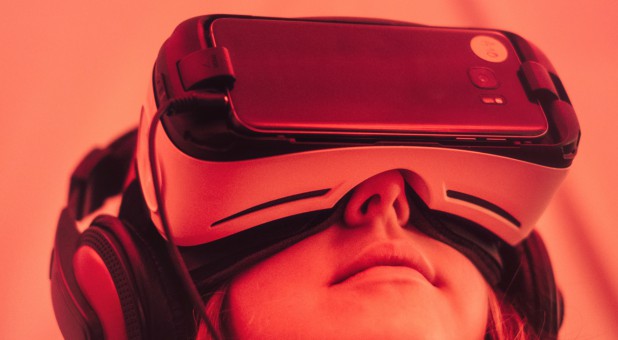 Citizens of Sweden, China and America have something in common.

Technology is pushing its way into their lives, regardless of if they want it—or are even aware of it.

In his new book, Decoding the Antichrist and the End Times: What the Bible Says and What the Future Holds, pastor and author Mark Biltz writes extensively about artificial intelligence, cameras in every corner of the world and even the possibility of a technology-driven Antichrist.

In Sweden, for instance, reports NPR, thousands are having microchips inserted into their hands so they can gain access to their homes, offices and gyms, keep emergency contacts, store social media profiles or even save tickets for events or travel.

Then in China, as Biltz writes in Decoding the Antichrist, millions of Chinese citizens are under constant surveillance through just as many cameras.

“Just search for ‘China surveillance state’ and read about the hundreds of millions of AI cameras that can catch a suspect within minutes,” Biltz writes. “In several big cities they even track and publicly shame jaywalkers by using cameras to scan their faces, identify them and then show their photos and personal information on large screens next to the crosswalks.

“China combines this surveillance with analysis of its citizens’ social media habits and online shopping purchases to determine which citizens’ lifestyles are deemed to be more wholesome,” he added. “People in China are given a social credit score based on everything from what they post online to how quickly they pay their taxes and how they cross the street. Citizens who do not visit their parents or sort out their garbage into the appropriate recycling bins can be penalized and effectively frozen out by the state. Those with a low rating are blacklisted, meaning they are unable to book flights or purchase train tickets; they are prevented from renting or buying property, and their children can’t attend private schools. Meanwhile, people with higher scores are given perks like jumping the line for health care, discounted energy bills, lower interest rates and skipping deposits on apartments. Higher scores will even boost your profile on China’s largest online dating site! Millions of China’s 1.4 billion citizens have already been given these social credit scores, and the list is expanding; their goal is to be nationwide by 2020. Imagine if every country adopts this type of policy.”

Perhaps most alarmingly to Americans, an insider whistleblower dropped the bombshell last week through undercover video released by Project Veritas that Google is “bent on never letting somebody like Donald Trump come to power again.” One executive was reported as saying that Google is “training” its algorithms so the outcome of the 2016 election won’t be repeated in 2020—or ever again.

“It can take our breath away to realize how advanced AI has become—even to the point of possibly influencing American elections,” Biltz said. “Additionally, with all the advances in technology—the ability to produce avatars, holograms and computer software installed in our bodies so our thoughts, emotions, purchases and movements can be monitored—there is no doubt that we are at the culmination of one age and entering the threshold of another.”

Mark Biltz is founder of El Shaddai Ministries and a well-known and popular commentator on the feasts of the Lord. In fact, he has produced a series of DVDs on the feasts that have gone around the world. Biltz is also the author of Blood Moons and God’s Day Timer. His research and theories have led to guest appearances on both radio and television as well as being featured on the covers of magazines.

Read More:How Long Will Christians Last In The End-Time Battle Against The Globalist, One-World Beast System?