In what is surely an unprecedented and  groundbreaking action, the Prime Minister of Poland, Mateusz Morawiecki, has personally backed an International Appeal to stop the controversial roll-out of 5G electromagnetic microwave telecommunication transmissions.

5G, a new millimetre band frequency range being introduced by the telecommunications industry worldwide has been identified by over 2,000 scientists and 1,400 medical doctors from all over the world, as presenting a direct threat to human health, as well as to animal, insect and plant life.

There have been no safety tests carried out to ensure its safety, in spite of the fact that 5G operates at between 10 and 100 times higher frequencies than current 3 and 4G cell phone tower transmitters. 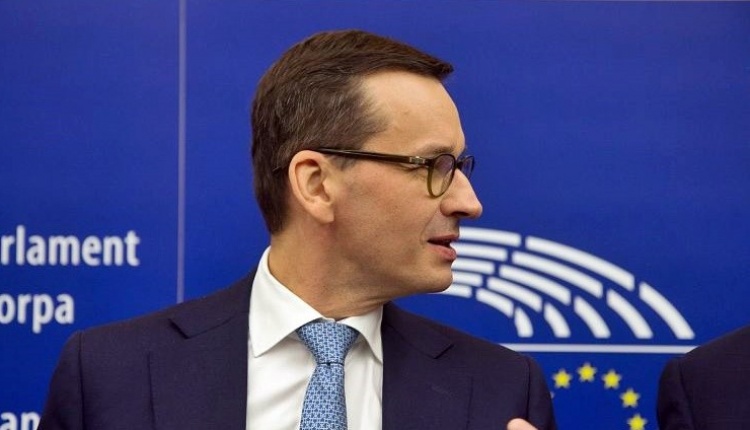 The roll-out of 5G will involve the placement of millions of transmitter boxes at distances of no more than 10 to 12 houses apart in urban areas. Scientists have established that this will subject citizens living in urban areas to an unavoidable barrage of electromagnetic pollution.

A 2017 report by more than 230 scientists and doctors from 41 countries express serious concerns about steadily expanding exposure to Electromagnetic Frequencies (EMF).

They state that even before the roll-out of 5G, “Numerous recent scientific publications have shown that EMF affects living organisms at levels well below most national and international guidelines.”*

These effects include cancer risk, cellular stress, increase in harmful free radicals, genetic damages, structural and functional changes to the human reproductive system, learning and memory defects, neurological disorders and negative impacts on general well-being in humans. Damage goes well beyond humans, as there is mounting evidence of deleterious affects to both plants and animals.

In Poland, the public are being used as guinea pigs in a 5G experiment to test the efficacy of the technology. The following cities are being used in the trial: Warsaw, Lodz, Gliwice.

The same procedure is taking place all over Europe, North America and many other countries.

The world’s largest study ‘National Toxicology Program’ (NTP) revealed significant increases in the incidence of heart and brain cancer in animals exposed to EMF below the International Commission on Non-Ionizing Radiation Protection (ICNIRP) guidelines that are followed by most countries.

The Prime Minister of Poland has taken a highly responsible step in signing* the Global Appeal to Ban 5G in Earth and in Space.

He has opened the way for leaders in other countries to take the same step, thereby protecting their citizens from a potentially highly dangerous and untested technology whose repercussions for health and welfare are without precedent.

Read More:Trump Rallies For Dangerous 5G Network In US

Read More:Respected Scientists Continue To Warn Of The Dangers Of 5G

Read More:Scientists Sign Petition Rallying Against Wireless Tech And The Cancer It Causes