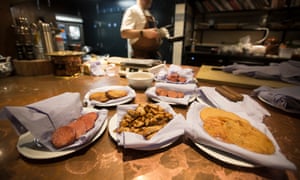 Most of the meat people eat in 2040 will not come from slaughtered animals, according to a report that predicts 60% will be either grown in vats or replaced by plant-based products that look and taste like meat.

The report by the global consultancy AT Kearney, based on expert interviews, highlights the heavy environmental impacts of conventional meat production and the concerns people have about the welfare of animals under industrial farming.

“The large-scale livestock industry is viewed by many as an unnecessary evil,” the report says. “With the advantages of novel vegan meat replacements and cultured meat over conventionally produced meat, it is only a matter of time before they capture a substantial market share.”

The conventional meat industry raises billions of animals and turns over $1tn (£785bn) a year. However, the huge environmental impacts have been made plain in recent scientific studies, from the emissions driving the climate crisis to wild habitats destroyed for farmland and the pollution of rivers and oceans. 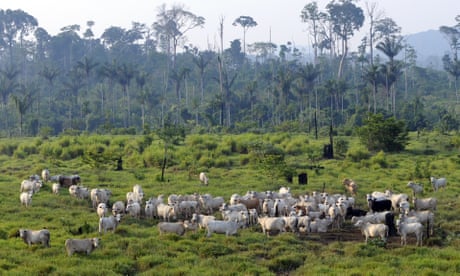 Companies such as Beyond Meat, Impossible Foods and Just Foods that use plant ingredients to create replacement burgers, scrambled eggs and other products are growing rapidly. AT Kearney estimates $1bn has been invested in such vegan products, including by the companies that dominate the conventional meat market. Beyond Meat raised $240m when the company went public in May and its shares have more than doubled since.

Other companies are working on growing meat cells in culture, to produce real meat without needing to raise and kill animals. No such products have yet reached consumers, but AT Kearney predicts cultured meat will dominate in the long term because it reproduces the taste and feel of conventional meat more closely than plant-based alternatives.

“The shift towards flexitarian, vegetarian and vegan lifestyles is undeniable, with many consumers cutting down on their meat consumption as a result of becoming more conscious towards the environment and animal welfare,” said Carsten Gerhardt, a partner at AT Kearney. “For passionate meat-eaters, the predicted rise of cultured meat products means that they still get to enjoy the same diet they always have, but without the same environmental and animal cost attached.” 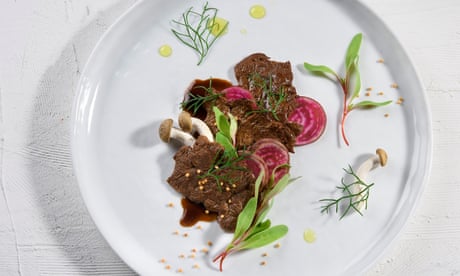 The report estimates 35% of all meat will be cultured in 2040 and 25% will be vegan replacements. It highlights the far greater efficiency of the alternatives to conventional meat.

Almost half the world’s crops are fed to livestock, but only 15% of the plant calories end up being eaten by humans as meat. In contrast, the report says, cultured meat and vegan meat replacements retain about three-quarters of their input calories.

Potential customer uneasiness about cultured meat will not be a barrier, the report says, citing surveys in the US, China and India: “Cultured meat will win in the long run. However, novel vegan meat replacements will be essential in the transition phase.”

Rosie Wardle of the Jeremy Coller Foundation, a philanthropic organisation focused on sustainable food systems, said: “From steaks to seafood, a full spectrum of options is emerging to replace traditional animal protein products with plant-based and cell-based meat technologies.

“The shift to more sustainable patterns of protein consumption is already under way, driven by consumers, investors and entrepreneurs, and even pulling in the world’s biggest meat companies. If anything, predictions that 60% of the world’s ‘meat’ will not come from slaughtered animals in 20 years’ time may be an underestimation.”

However, a National Farmers’ Union spokesman said: “Innovation and new technology has always been central to the progress of British livestock farming. Although the science of lab-grown meat is interesting, the NFU believes there is great potential for livestock farming to continue its journey of producing safe, traceable and affordable food for the nation and it will continue to do so as long as the public demands it.”

Read More:Coming To A Store Shelf Near You; Lab Grown Meats

Read More:Missouri Regulates The Term ‘Meat’ As Franken-Meat Begins To Flood Store Shelves: ‘Tofurkey’ Among Others To File Lawsuit As They Say Law ‘Stifles Competition’