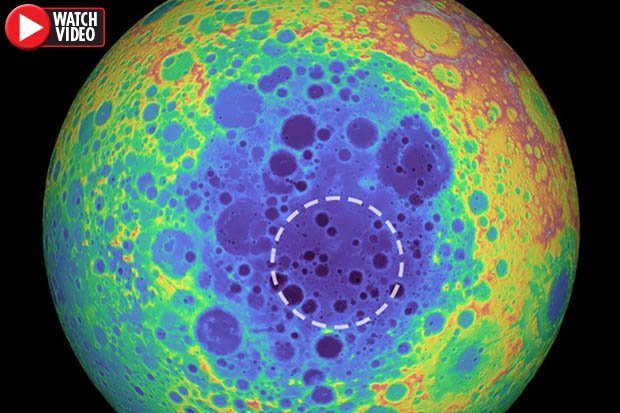 Researchers believe the gigantic pile of metal may have been deposited by a powerful asteroid strike.

The remains of the asteroid could be buried beneath the SouthPole-Aitken basin – a crater that measures approximately 1,553 miles across and eight miles deep.

Dr Peter James, a professor of planetary geophysics from Baylor University in Texas, said: “Imagine taking a pile of metal five times larger than the Big Island of Hawaii and burying it underground.

The discovery – which was published in the journal Geophysical Research Letters in April – was made after astronomers measured slight differences in the moon’s gravity using data collected by NASA’s Gravity Recovery and Interior Laboratory mission (GRAIL).

They found the force of gravity was affected by the gigantic mass, as it weighed the basin floor downward by more than half a mile.

Renowned conspiracy theorist Tyler Glockner has since posted a video offering his take on the find on YouTube channel secureteam10.

Tyler has often published clips exposing the “mysteries” of the lunar surface – from supposed alien structures to UFOs in its atmosphere.

In his latest video, he said: “There are a ton of craters on our moon and, strangely enough, none of them appear to have giant pieces of metal five times bigger than Hawaii underneath.

“Something is strange about this, something massive is buried underneath the moon.

“We know that it is a massive metallic structure and that the astronauts said the moon rang like a bell.

“We know about all the strange artificial structures on the moon’s surface so, with that, it’s a total mystery.

More than 118,000 people have seen Tyler’s video since it was posted yesterday. 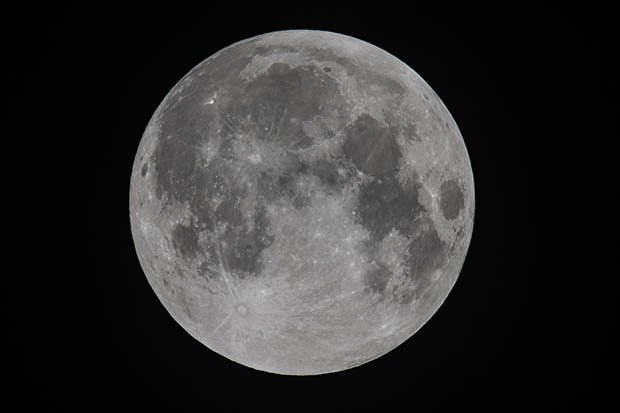 FRENZY: There have been numerous conspiracies about the moon in recent years (Pic: GETTY)

“I’ve always been open to the idea that the moon is a satellite or ship with a possible civilisation still inside,” one viewer bizarrely said.

Another wrote: “Honestly, that is really strange.”

And a third commented: “That’s crazy how all this comes together.”

And Professor Brian Cox recently revealed how “extraterrestrial life”  could be hiding in a 900-mile-wide crater on the Red Planet.

Read More:Science Confirms Moon May Have Been Hit By A Dwarf Planet, Causing The Radically Different Geographical Features On Lunar Surface

Read More:Wikileaks Exposes Secret Base On The Moon