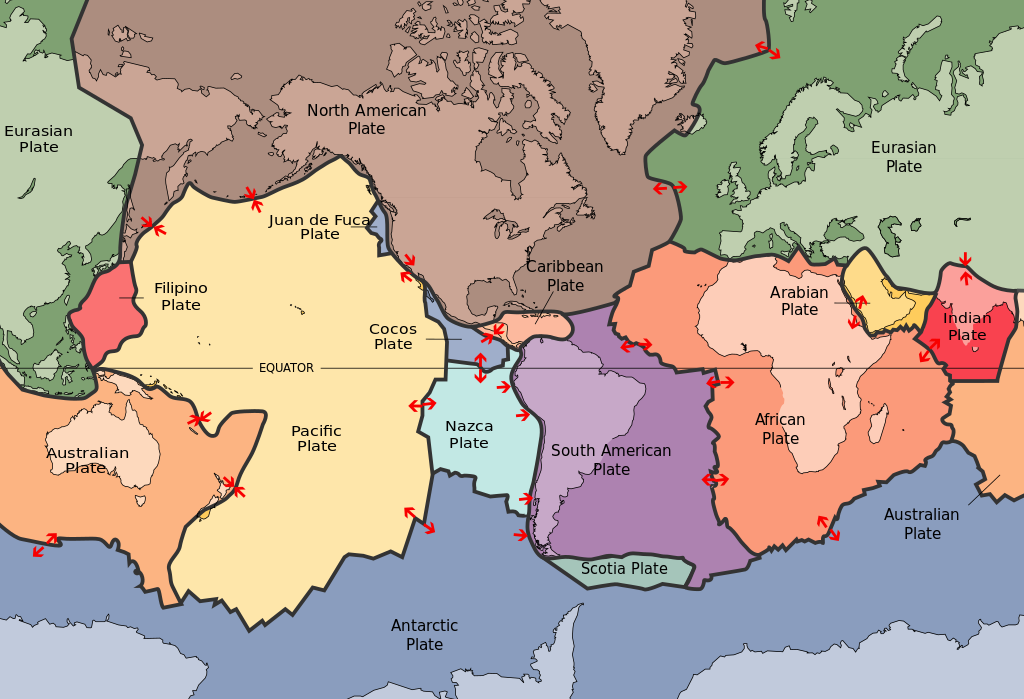 Very early on Sunday morning, a massive 8.0 magnitude earthquake struck a sparsely populated area of Peru. As you will see below, it was the largest earthquake to hit Peru in 12 years, and other areas of “the Ring of Fire” experienced unusual shaking afterwards. Here in the United States, there were dozens of detectable earthquakes in the state of California on Sunday, and a lot of people are concerned about what all of these small earthquakes could mean. More than 80 percent of the world’s earthquakes happen within the Ring of Fire, and many scientists believe that shaking along one section of the Ring of Fire can put stress on other portions. Of course we have been told over and over again that California is way overdue for a “Big One”, and we know that it is coming someday. Let us just hope that it can be delayed for as long as possible.

Any major earthquake along the Ring of Fire is reason for concern, and the one that hit Peru on Sunday was definitely very unusual. According to CBS News, the magnitude 8.0 earthquake was deep enough that it did not cause much damage…

A powerful magnitude 8.0 earthquake struck a remote part of the Amazon jungle in Peru early Sunday, collapsing buildings and knocking out power to some areas but causing only one reported death. The quake struck at 2:41 a.m. and was centered in a vast nature preserve 57 miles east of the small town of Yurimaguas.

Helping limit damage was the earthquake’s depth, at 70 miles below the surface, according to the U.S. Geological Survey. Earthquakes that are close to the surface generally cause more destruction.

But just because it didn’t cause that much damage does not mean that it wasn’t extremely powerful.

In fact, CNN is reporting that it was the strongest earthquake to hit Peru in 12 years and that it “was felt in several regions of the country”…

The earthquake was the strongest in Peru in 12 years, Vizcarra said.

Peru’s National Emergency Operations Center tweeted that the earthquake was felt in several regions of the country, and monitoring continues.

Is it just a coincidence that California was hit by dozens of earthquakes in the aftermath?

I have the USGS website up right now, and it is telling me that there have been more than 80 earthquakes in California within the last 24 hours. By the time that you look at the same map, the numbers will inevitably have changed, but hopefully you will still be able to see that most of the recent shaking has been in southern California.

And whenever we see a lot of shaking in southern California, that should definitely raise a red flag.

As I have shared in previous articles, one scientific study came to the conclusion that one day an absolutely enormous earthquake “could plunge large parts of California into the sea almost instantly”…

The Big One may be overdue to hit California, but scientists near LA have found a new risk for the area during a major earthquake.

They claim that if a major tremor hits the area, it could plunge large parts of California into the sea almost instantly.

The discovery was made after studying the Newport-Inglewood fault, which has long been believed to be one of Southern California’s danger zones.

Someday it will happen.

It is just a matter of time.

There have also been an unusually large number of small earthquakes off the coast of Washington state lately, and this is something that Mac Slavo discussed in one of his recent articles…

Earthquakes that cannot be felt are being recorded in record numbers just south of Seattle, Washington. Quakes 20 miles below our feet are slowly releasing, and have been since early April.

For the first time since 2011, three distinct zones in the Pacific Northwest have been “going off” all at once. According to King 5 News, scientists say that the theory is that the sub-ducting ocean plate is being stretched like taffy in the heat that is the mantle of the earth. “Any signal you get is interesting,” said Tim Melbourne, a who runs the Northwest Geodetic Array, which is based at Central Washington University in Ellensburg.

“If you have something out in the dark, and you know it’s dangerous, you know it’s menacing, and every now and then you get a flash of light from it. Any flash of light doesn’t tell you a lot, but you piece them all together and you can start to put together all the angles, and you can start to see the dragon, and it’s a big dragon,” Melbourne said.

Hopefully all of this unusual activity will turn out to be nothing. But without a doubt we do live at a time when our planet is becoming increasingly unstable, and this has important implications for all of us.

After I wrote the last sentence, I got up to change the song on my music player, and as I scrolled through the selections one of the choices that came up was “City of Refuge” by a group called 4Him. Considering what I am writing about, I thought that was quite a strange “coincidence”.

For the moment, life in the state of California continues as normal, but scientists assure us that one day a history-changing earthquake will hit the state and they have repeatedly warned us that the San Andreas fault “could unzip all at once”.

When that day finally arrives, it will be far worse than any Hollywood movie has ever imagined, and life in America will never be the same again.

Read More:We Are So Close: Giant ‘Lava Blobs’ Under The Pacific Have Scientists Puzzled