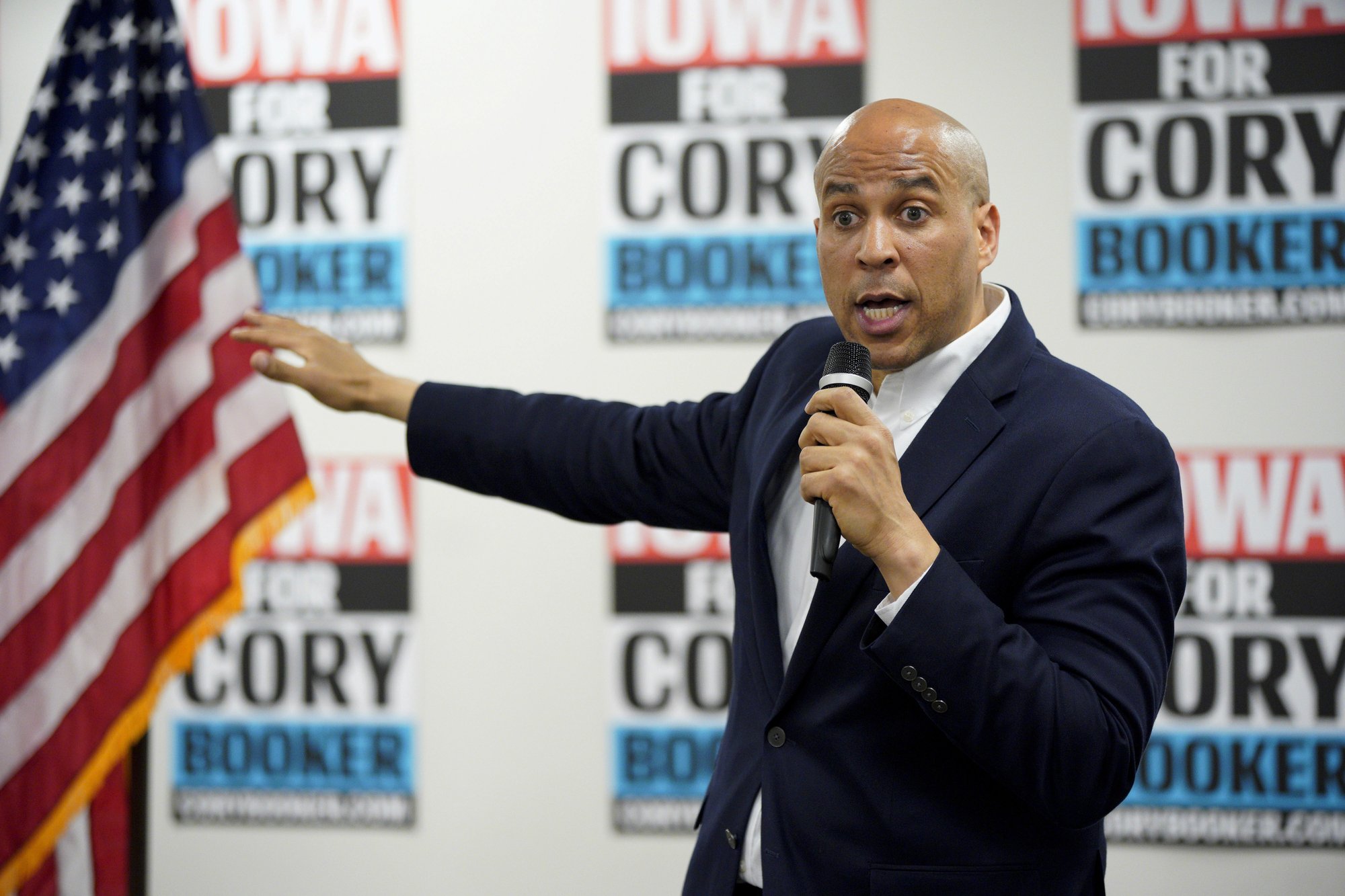 WASHINGTON (AP) — Alabama’s new law restricting abortion in nearly every circumstance has moved one of the most polarizing issues in American politics to the center of the 2020 presidential campaign.

The state’s legislation — the toughest of several anti-abortion measures that have passed recently, with the only exception being a serious risk to the woman’s health — prompted an outcry from Democratic presidential candidates, who warned that conservatives were laying the groundwork to undermine the landmark Roe v. Wade decision. The White House, meanwhile, didn’t comment on the Alabama bill, signed into law Wednesday by Republican Gov. Kay Ivey, as President Donald Trump tries to balance his conservative base against the potential of antagonizing women who are already skeptical of his presidency.

The furor over abortion quickly took over on the Democratic campaign trail. Rallying supporters in New Hampshire, Sen. Kamala Harris said she would back a legal challenge to Alabama and Georgia’s restrictive abortion laws. She also vowed to make a commitment to upholding the Roe decision a “significant factor” in any Supreme Court nominees she might choose as president, though she declined to go as far as presidential rival Sen. Kirsten Gillibrand, who has promised to only nominate judges ready to preserve the 1973 ruling that established a woman’s constitutional right to an abortion. 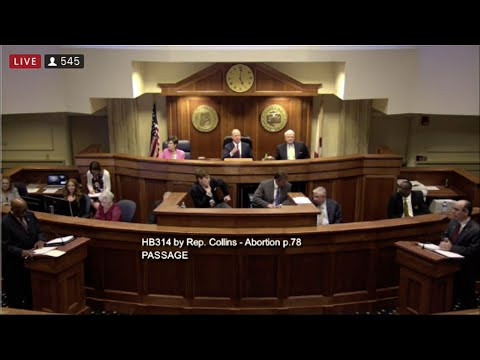 “I respect every woman’s right to make a decision about what’s in the best interest of herself and her family,” Harris said.

Kentucky, Mississippi, Ohio and Georgia have approved abortion bans once a fetal heartbeat is detected, which can occur in about the sixth week of pregnancy. None of these laws are yet in force, either because of later effective dates or legal challenges that have blocked them. But supporters have openly predicted that the laws could spark court fights that will eventually lead the Supreme Court to revisit its Roe decision.

Gillibrand plans to fly to Atlanta on Thursday to meet with women protesting Georgia’s state law.

Sen. Cory Booker told The Associated Press that backers of the Alabama measure are “saying that they designed this bill with certain provisions — like not having any exceptions for rape or incest — specifically designed so that they can lead a fight to the Supreme Court” to “undermine other freedoms and liberties of women to control their own bodies.”

Booker said it’s not enough to hope that Roe will be upheld, adding: “We cannot wait to see if this gets worse.”

Among the other Democratic candidates who took to Twitter to blast Alabama’s law and other state-level restrictions were Sens. Elizabeth Warren of Massachusetts, Bernie Sanders of Vermont and Amy Klobuchar of Minnesota, as well as former Vice President Joe Biden and former Texas Rep. Beto O’Rourke.

Ilyse Hogue, the president of NARAL, lauded the Democrats for their support. But she urged them to go further than pro-abortion-rights rhetoric, calling instead for “articulated plans about how we’re going to address and get out of this crisis.”

The Democratic pushback comes as Trump makes his selection of conservative judges a centerpiece of his political stump speech, part of a long-running courtship of social conservatives whose support he needs to win reelection next year. Republicans have long believed that the politics of abortion have shifted somewhat in their favor in recent years. But the near-absolutist nature of the most recent bills has sparked some concern among the president’s team that it could energize Trump critics and female voters, with whom the president has long struggled.

Polling suggests that the issue of abortion has the potential to stoke political engagement among both parties. The General Social Survey released last year found 64% of Democrats, but just 35% of Republicans, saying a woman should be able to have an abortion for any reason.

Trump won the White House in 2016 in part because of strong support from socially conservative Republicans who wanted to ensure that a conservative justice got named to the Supreme Court seat that had been occupied by Antonin Scalia — a seat held open by the GOP’s refusal to confirm President Barack Obama’s pick for the lifetime post. Since his first campaign began, Trump has supported a ban on abortions at the point that a fetus is believed to feel pain and publicly released a list of conservative judges from which he would select a nominee for the nation’s highest court.

The president’s selection of Neil Gorsuch and Brett Kavanaugh to the Supreme Court has emboldened conservative allies of the White House who believe the time is ripe for a court case to challenge Roe v. Wade. Kavanaugh assured senators before his confirmation last year that he viewed Roe as precedent, but Democratic senators pointed to a 2003 memo he wrote that suggested it wasn’t necessary to call the landmark abortion-rights ruling “settled law” because the “Court can always overrule its precedent.”

The Trump campaign deferred to the White House on whether Trump supported the Alabama measure or other restrictive bills passed by other states. White House deputy press secretary Judd Deere touted Trump’s record on abortion, noting that he “is protecting our most innocent and vulnerable, defending the dignity of life, and called on Congress to prohibit late-term abortions.”